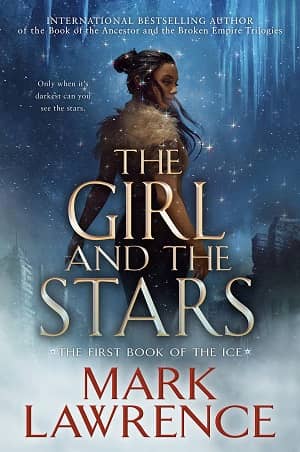 Back in 2011, just before his breakout novel Prince of Thorns arrived and catapulted him to the front ranks of modern fantasy, we published one of my favorite guest posts, an article by Mark Lawrence on the rejection letters he used to get from Black Gate. He’s come a long way since then, with multiple bestselling series, including a complete trilogy in rapidfire succession last year: One Word Kill, Limited Wish, and Dispel Illusion, on May 1, May 28, and November 14, 2019, respectively.

You’d think after that he’d need to take a few months off, maybe. But no. He’s hitting the shelves again next week, with the first installment of a new epic fantasy series which shares a setting with his Book of the Ancestor trilogy (Red Sister, Grey Sister, and Holy Sister), though taking place thousands of years earlier. When a young outcast is tossed into the Pit of the Missing by her people, she find herself in an ancient maze of tunnels under the ice. There she find a lost community of discarded people… and something much more dangerous, deep under the ice. Here’s the description.

In the ice, east of the Black Rock, there is a hole into which broken children are thrown. Yaz’s people call it the Pit of the Missing and now it is drawing her in as she has always known it would.

To resist the cold, to endure the months of night when even the air itself begins to freeze, requires a special breed. Variation is dangerous, difference is fatal. And Yaz is not the same.

Yaz’s difference tears her from the only life she’s ever known, away from her family, from the boy she thought she would spend her days with, and has to carve out a new path for herself in a world whose existence she never suspected. A world full of difference and mystery and danger.

Yaz learns that Abeth is older and stranger than she had ever imagined. She learns that her weaknesses are another kind of strength and that the cruel arithmetic of survival that has always governed her people can be challenged.

The Girl and the Stars will be published by Ace Books on April 21. It is 384 pages, priced at $27.00 in hardcover and $13.99 in digital formats. The cover is by Bastien Lecouffe-Deharme. Reac an excerpt from Chapter One here.