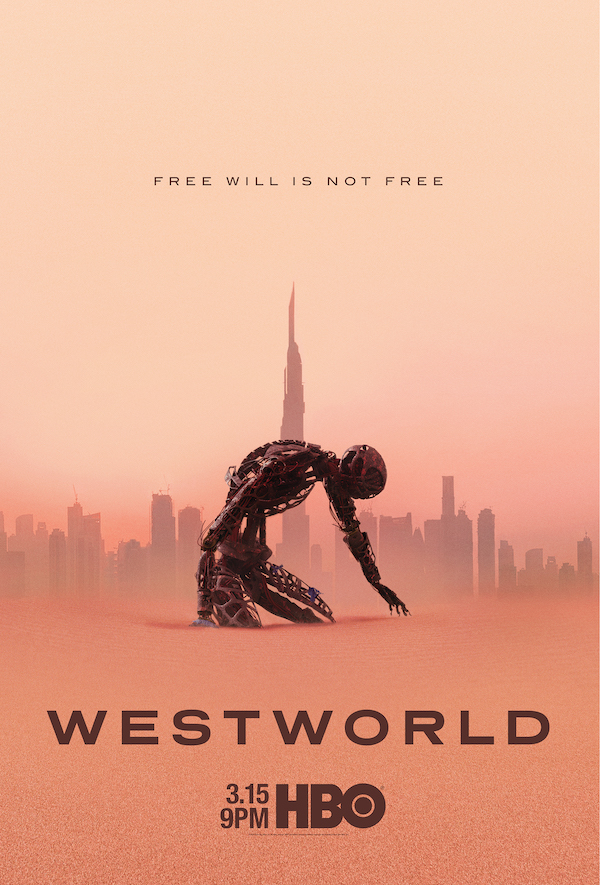 I don’t often find a lot I enjoy on TV. There are notable exceptions. I loved Battlestar Galactica and Sons of Anarchy, enjoyed a few seasons of Game of Thrones, Justified and Banshee, and dabble in Star Trek: Discovery.

A few years ago though, I was absolutely blown away by the first season of Westworld. Physical distancing has given me a bit of extra time and in Canada Westworld is on Crave premium, so I rewatched season one, blew through Season Two and found to my delight that new episodes of Season Three are appearing weekly.

What is it and why am I talking about it on Black Gate? It’s probably the most scientifically faithful science fiction I’ve ever seen on TV or the big screen, and yet it has the powerful literary and narrative qualities you’d expect in an HBO series. There is no hand-holding here for the viewer and no clumsy exposition. It’s keep up or go home all the way — the series treats you like you’re smart enough to keep up, which really means that Westworld has enough depth of character and story to leave you turning it over in your mind for quite some time.

Westworld the HBO series reimagines the ideas from the 1973 movie Westworld by Michael Creighton, and the 1975 movie Futureworld. 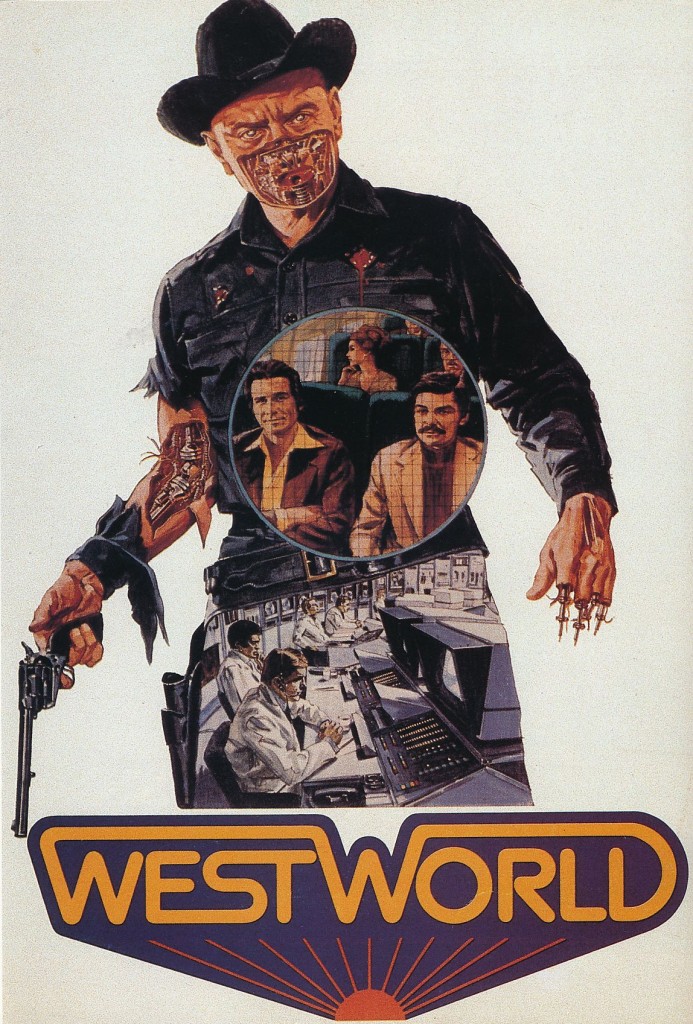 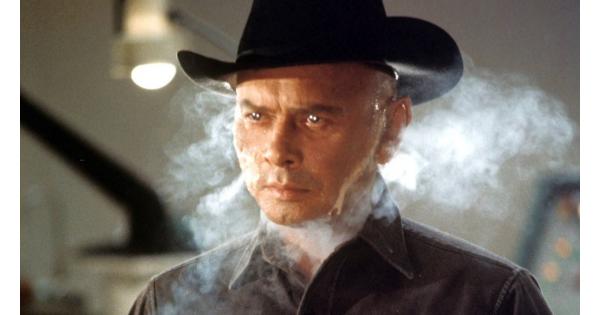 The basic idea is that there’s a huge commercial market for an adult theme park filled with robots that can pass for human. Rich “guests” paying exorbitant daily costs take part in complex narratives as black hats or white hats, in a theme park with no rules. 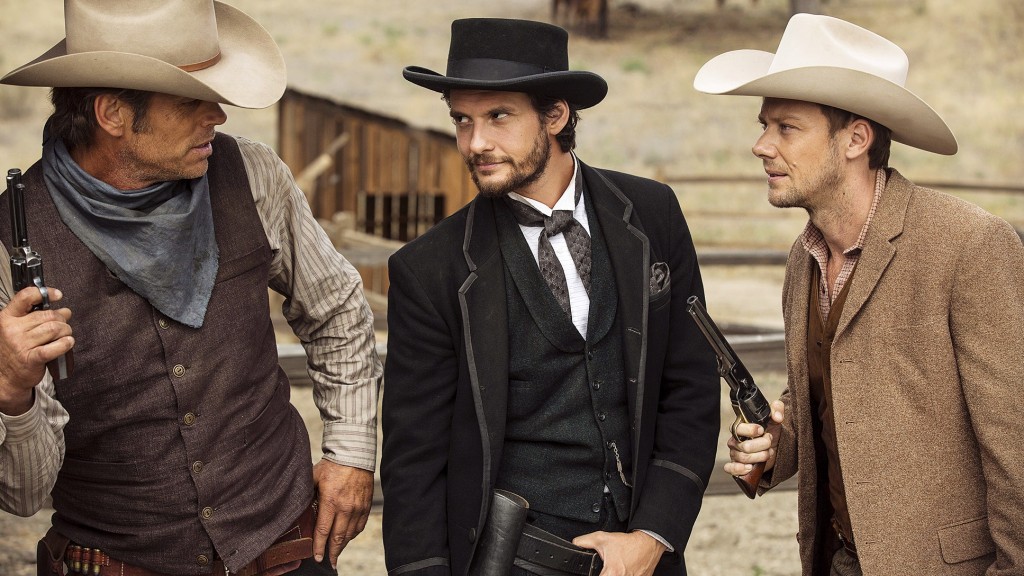 Whether hosts are shot or tortured or killed or just used to sexually please guests, they are rebuilt every night. For the mechanical hosts, every day is Groundhog Day, except that some of them begin to remember. It’s a terrifying and utterly believable examination of human cruelty and how we may treat the first robots that aren’t conscious but are sophisticated enough to pass the Turing test. 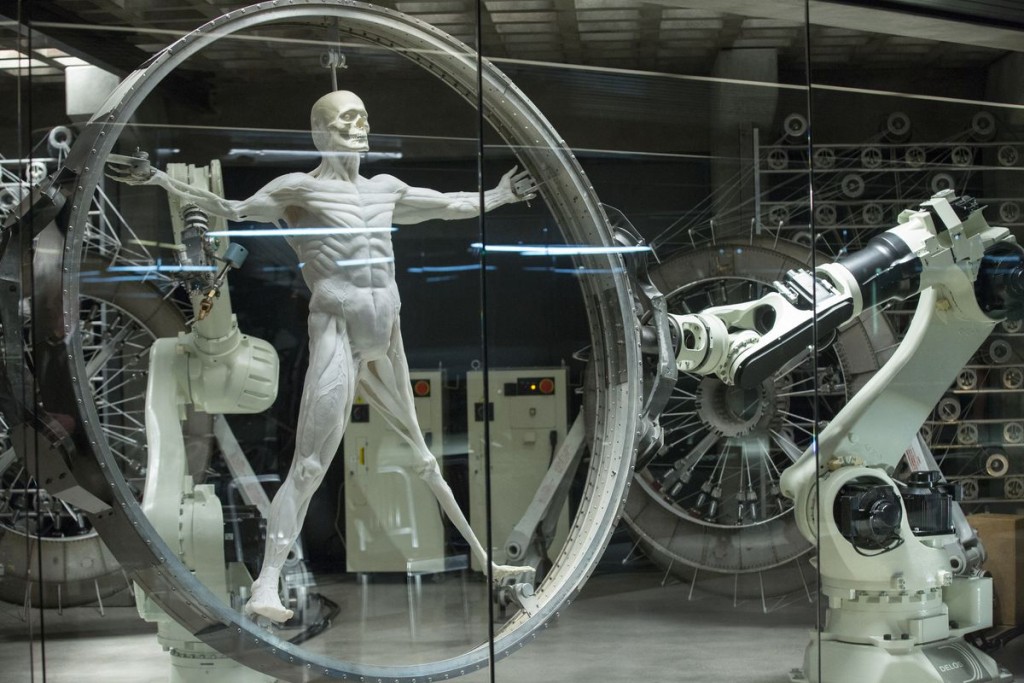 The reason they begin to remember is not fully revealed until Season Two, but it’s a fascinating story for us viewers with an astonishing number of twists and turns and reveals and reversals. Two powerhouse actors anchor the series: Dr. Ford (Anthony Hopkins), one of the original inventors of the park, and the man in black (Ed Harris) who has opted to play the villain questing for the secret heart of the narrative. 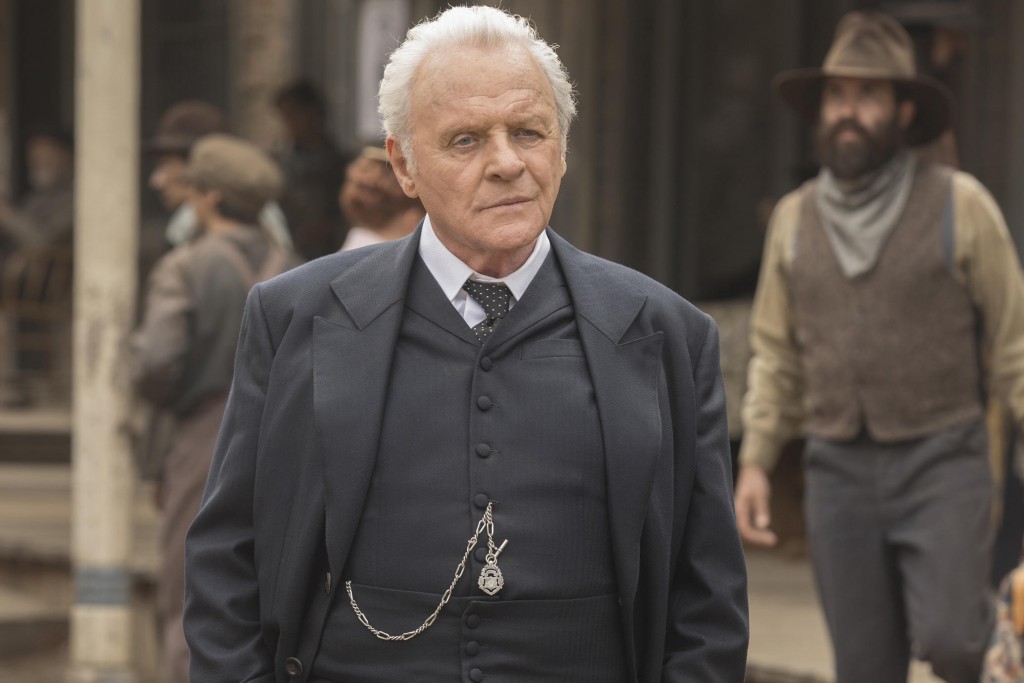 Dolores (Evan Rachel Wood) begins as the farmer’s daughter, and Teddy (James Marsden) is the love of her life and the quick-draw cowboy looking to make the world a better place. 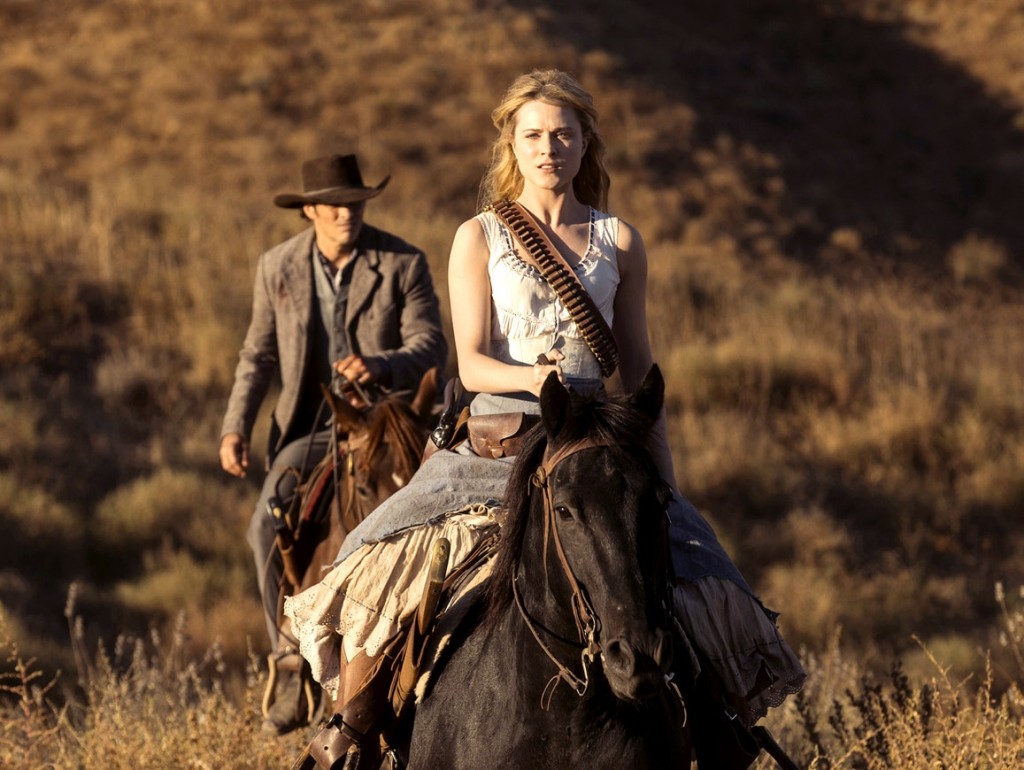 Dolores, along with brothel Maeve (Thandie Newton), are the two key hosts who begin to remember more and more of what has been done to them. 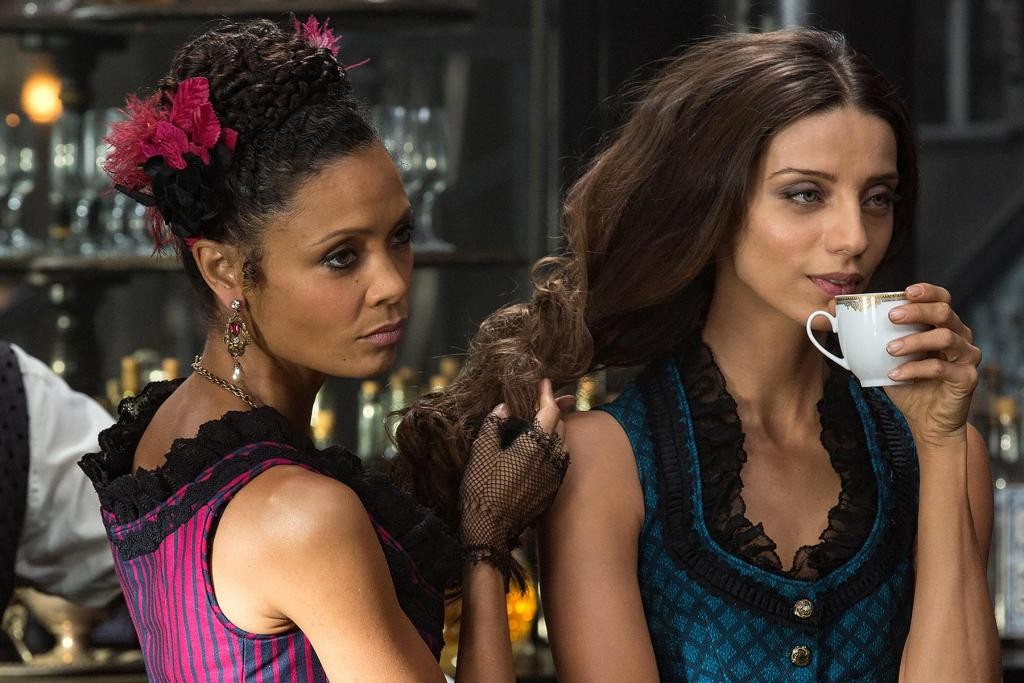 Bernard Lowe (Jeffrey Wright) is the head of behavior, who has to figure out what is wrong with the hosts, assisted by the engineer Elsie (Shannon Woodward), or they’re both going to get in deep trouble with Theresa (Sidse Babett Knudsen) the head of quality assurance and the board’s representative in the park. 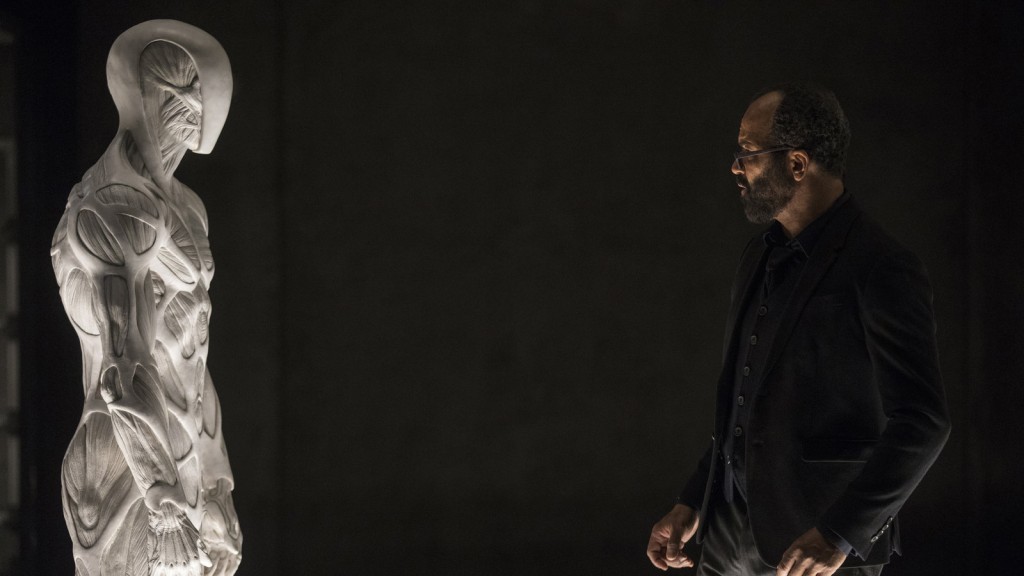 Plots within plots are revealed in one of the best-executed non-linear narratives I’ve ever seen. Because the hosts already have their memories wiped and live Groundhog Day-like lives, and some are having real flashbacks, there is no story more apt for non-linear storytelling, because the viewer can’t tell if something happened the same day or a week ago. It’s a complex and challenging way to tell the story but gives the writers a lot more scope to make the reveals explosive. 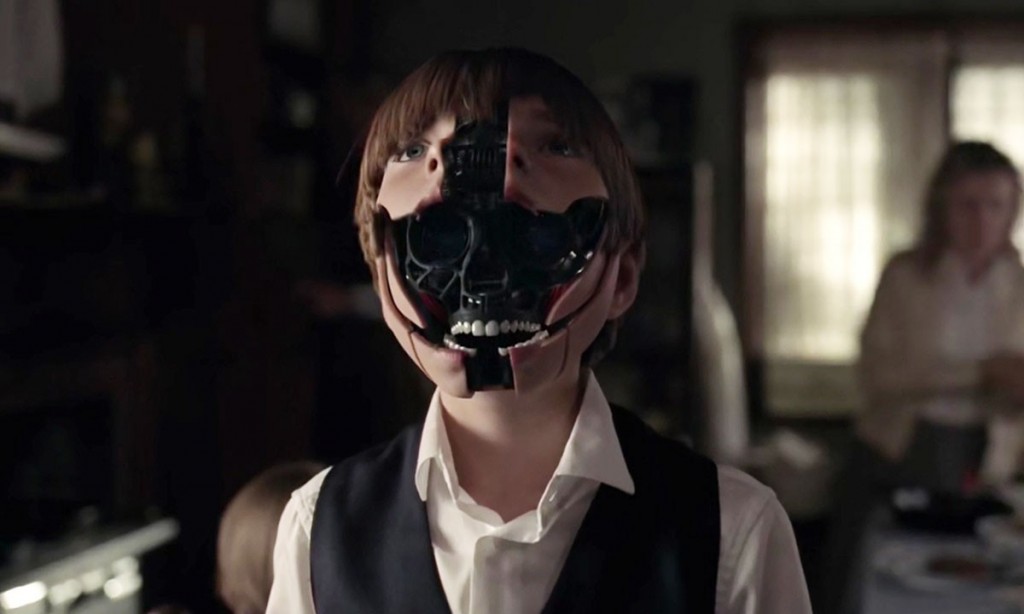 I’ve just gotten to halfway through Season Three and am now listening to YouTube summaries of the story and visual and literary Easter eggs, and am now eager to watch it again. I highly highly recommend Westworld, as much as I recommend avoiding spoilers if you can.

Derek Künsken writes science fiction in Gatineau, Québec. His first novel, The Quantum Magician, a space opera heist, was a finalist for the Locus, Aurora and Chinese Nebula awards. Its sequel, The Quantum Garden is on sale now. His third novel, The House of Styx, has just been announced jointly by Solaris Books and Analog Science Fiction and Fact who will be publishing it in hardcover and serial form, respectively. The serialized version hit stands last month with this amazing cover! 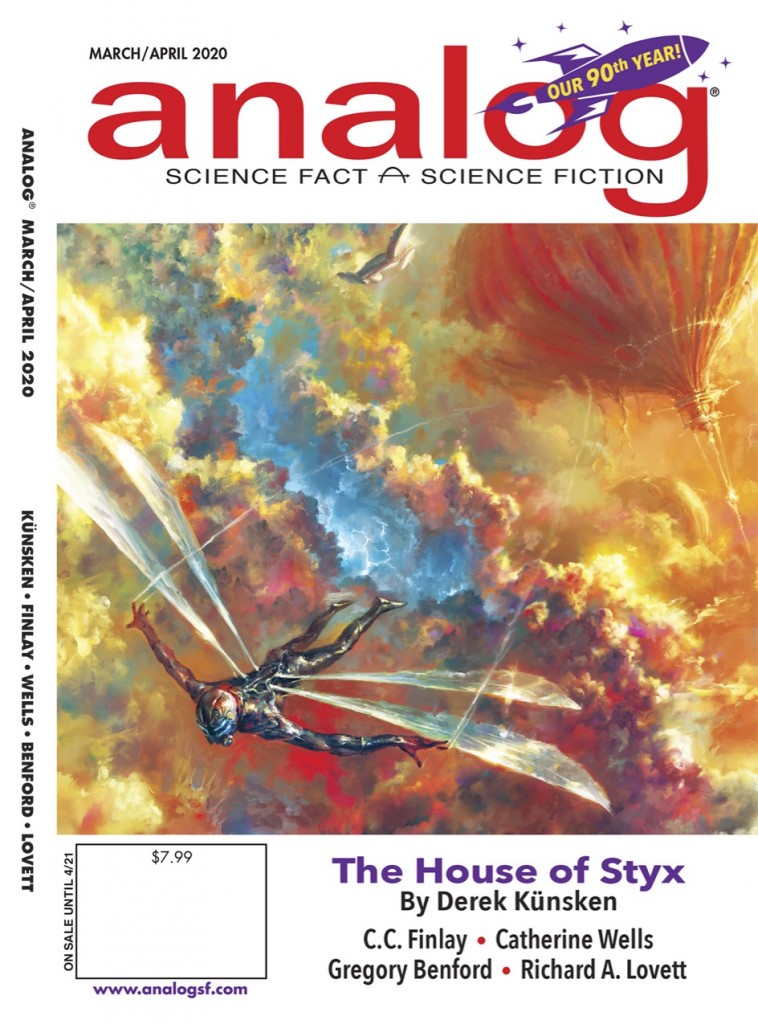