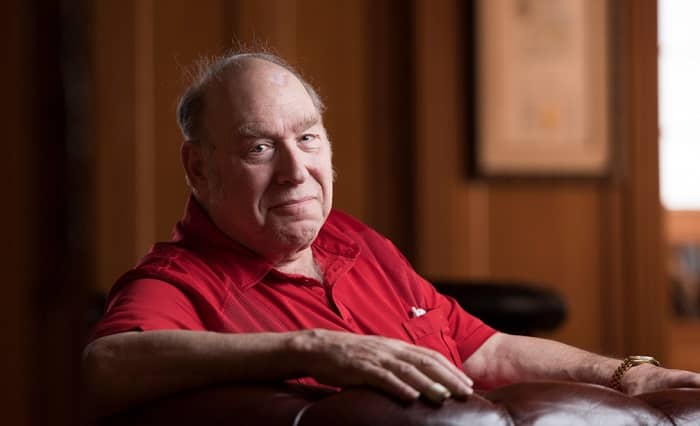 After Mike Resnick’s death, some people, Jaym Gates in particular, posted some of their thoughts about his career, most particularly his SFWA Bulletin piece in which he made some sexist remarks about historical women editors. I’m not the right person to dig into detail about that, but it represented part of a historical attitude that, even when held with superficially positive intentions (praise of said editor’s actual editing work, for example), clearly sent a message that for women in the field, one’s appearance can affect one’s reception. And that’s just wrong. No argument. (There is much more to unpack on that subject, and I’m not the person to do it. See Jaym’s post, or see some of the articles posted back then (2013).)

But I confess I was a bit bothered that this discussion happened immediately on Resnick’s death. I am culturally conditioned to follow the ancient Latin maxim “De mortuis nil nisi bonum” (say nothing but good of the dead). I mentioned my feelings on another person’s FB page. And I got some pushback.

I thought some good points were made by those who responded to me … One is that people who have been truly hurt by someone else have an understandably complicated reaction to news of that person’s death. At the very least, even if one disagrees with that person’s reaction, one ought to have sympathy, to try to understand why they felt they had to say what they said. Another point is that if the full story of a man’s life, his contributions, is to be offered, when will it be seen except when he’s in the news? Many of us have made posts celebrating the good Mike Resnick did — and make no doubt of it, he did much good for the field. But I acknowledge that he also caused harm — and those who have been harmed deserve a voice, too. A third point is that the voices of people traditionally marginalized — as women have been in our society and in our field — sometimes don’t get heard, or weren’t heard when it really mattered. (The Isaac Asimov stories should make that clear.) If it takes a little rudeness to make sure those voices are heard, that’s a price we ought to be prepared to accept.

There was a case a couple of years ago when a prominent writer in our field who had been a jerk to me died, and I admit I was tempted to snipe a bit. And I didn’t — de mortuis nil nisi bonum. I think I was right not to raise that old issue in that case, but let’s be fair, the damage to me was (truly) trivial, and was restricted just to me. (In case anyone is trying to ID the person, I’m not going to, and I will say that it certainly was not Harlan Ellison.)

One more point — I have seen some of the reactions to Jaym Gates’ post, and many have been truly ugly. It is one thing to wish she might not have made her post when she did … but it is truly beyond the pale to respond as many have, with name calling, insults, vulgarity, even threats. Sometimes when in doubt a guideline as to whom to support is to support the person most viciously attacked. I can’t support the attackers, after all.

So I apologize to Jaym for questioning, I hope mildly, her actions in rehashing some of Mike Resnick’s past actions. That is her story, and an important story, that we shouldn’t forget. I don’t apologize for making a post highlighting some of the things Mike Resnick did that I thought were good for the field — that’s part of his story, and that should be told too. And I will say that for myself, the first guideline remains “de mortuis nil nisi bonum” — but I will let others make their own judgements, and I will remember that the time may well come that I too have to abandon that guideline.

Rich Horton’s last article for us was a look at the winner of the 1973 Locus Award for Best Short Fiction: “Basilisk,” by Harlan Ellison His website is Strange at Ecbatan. See all of Rich’s Black Gate articles here.

George R. R. Martin wrote a remembrance of Mike Resnick on his blog. His last line was “Science fiction has lost a fine writer, a unique voice, a magnificent mentor… and a profoundly good and decent man.”

The world is a poorer place with Mike Resnick.

Ahh sigh, I meant write The world is a poorer place without Mike Resnick.

while maybe only slightly connected to this, a weird thing i have always struggled with is how to separate a “work of art” with the person. i dont know what things Mr. Resnick might have done or said, but there are other authors, or programmers in video games, where i do not agree with how they see the world, and i often wonder if i should stick to a sort of principle by not reading or playing their work. or even music. it’s one thing to not support the artist you disagree with, and another to go out of your way to make sure others dont as well. it’s often an assumption that hey, you might not know this about this person, here is why i find them appalling, to which really, we should let everyone judge for themselves. so do i miss out on some books i might enjoy because of ho vocal the author is about how they see the world or how they deal with morals tht differ from mine, sure i might, and that is what makes each person unique. then it devolves into me wondering if consuming any media i want regardless of who/where it comes from is just selfishness, or who does it hurt.

obviously i have no clue where i fall on things like this, but this article made me think about it more, and i wonder if anyone else struggles with issues of art and it’s origins.

I absolutely do agree that the world is in a poorer place without Mike Resnick, and I mourn his passing.

I don’t want to forget his tireless promotion of new writers, his storytelling vigor (most notable, to me, in person) — not at all.

But I can’t also forget the occasions in which he did cause real hurt, not so much through malice as through some ignorance compounded by stubbornness.

This is all part of his story.

Thank you, Rich Horton and John O’Neill. This was an immense thing to read, and something I appreciate more than I can say. You have both been titans in my early career, people I looked up to (and still do) as examples of clear and powerful writing and community stewardship, and this only cements my high opinion of you, while also being a reminder to always challenge my own opinions and responses.

I want to include my thoughts on this from FB, because I would like to see this entire thing have a positive result.

I hope that the entire mess, which wasn’t fun for anyone but the trolls, helps move forward our ability to honestly discuss the good and ill of people. As I have mentioned elsewhere, I do not want to erase the work he has done, because it was very important to a large swath of the industry. He was a friend and mentor to many, and to those he was kind to, an incredible influence. I have no interest in silencing the grief or loss. He was a titan, and titans often leave indelible footprints that both build and destroy. Many were built by him.

But, in the future, I would like to see others holding space for those who do not have such titanic voices. I would like a woman who does not have my armor and influence to be able to say “This beloved figure abused me and that is a necessary part of their legacy” and not deal with the avalanche of hate and censure that I did.

We are all human, and if we are to have a better future, the kind that Resnick and so many other SFF giants dreamed of, then we owe it to them and to ourselves to strive to exceed them in kindness, generosity, equality, and scope.

The future relies on us being bigger, stronger, gentler than those who shaped us. They gave us a foundation – in building our foundations or strengthening them through adversity – and now we must improve the work, even when it is painful.

Bravo and kudos to you both, Rich Horton and John O’Neil.

RIP, Mike Resnick. Robots don’t cry, but you sure will be missed.