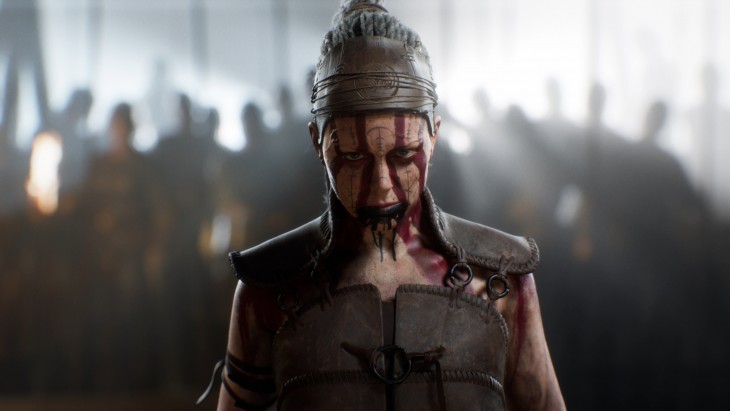 Senua, swapping the woad warpaint from the first game for red and black in the second. It’s nice to see she still has her triskel, though.

So… The teaser trailer for the sequel to Ninja Theory’s spectacular horror puzzle adventure (how’s that for genre-blending?) game Hellblade: Senua’s Sacrifice dropped a few weeks ago, and I’ve been dying to talk about it. But first, the trailer:

One thing is for certain, Senua’s Saga (Hellblade 2) looks like it’s going to be as intense and terrifying as the first.

I might have already said it here, lord knows I’ve said it enough on my personal blog, but Senua’s Sacrifice utterly destroyed me. The game was terrifying and heartbreaking. It finished leaving Senua, a Celt, finally at peace with the voices in her head, recovering from the trauma of seeing her mother burnt alive, free of the darkness of her druid father’s fear and hate, and at last able to release Dilion, upon whom she relied on for acceptance and love until then. She was not cured of her mental illness(es), she instead had come to accept them as an integral part of herself, and not something to be feared and reviled.

It was so goddamned beautiful.

As a player, despite all my efforts, I sobbed and sobbed at the game’s conclusion and on as the credits rolled. While live streaming. Luckily for me, the credits song was copyrighted and so Twitch muted all audio for that part before the export to YouTube. Now no one will know what it sounds like when I cry. 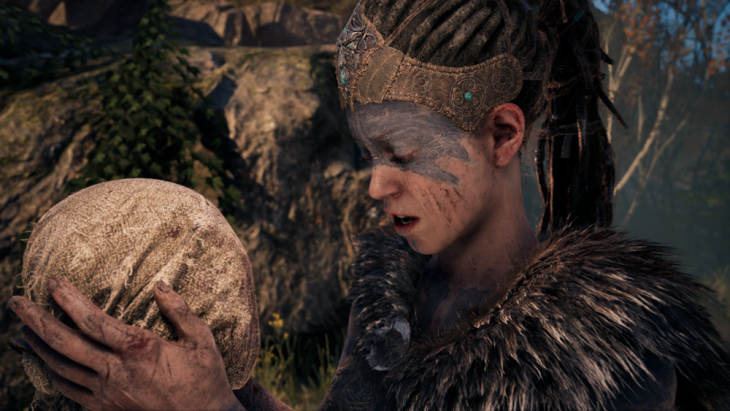 Senua in Hellblade 1 holding the head of her lover, Dilion, which is the seat of the soul, as she heads into Helheim to rescue him from the terrible gods of the norsemen who obliterated her village.

Senua’s Sacrifice holds a special place in my heart, despite it being a horror game (I don’t do well with horror), precisely because of how incredibly powerful the whole thing was.  Also, the combat system was by far the best of its type I’ve yet played. It was intuitive, responsive, looked incredible and made sense. There’s not another game whose combat system has been able to compare. But that’s an aside, really.

To be honest, like for all things I love, I’m a little hesitant about it. Ninja Theory left Senua, to mind, at least, so empowered and powerful, in the previous game. They were quite sensitive about their treatment of mental illness. I am a bit like a concerned mother, worrying what they’ll try to undo that in this next game. However, Ninja Theory did such a good job with the first one, I’m willing to trust them on this. I will be buying this game.

As soon as it’s released, at least. 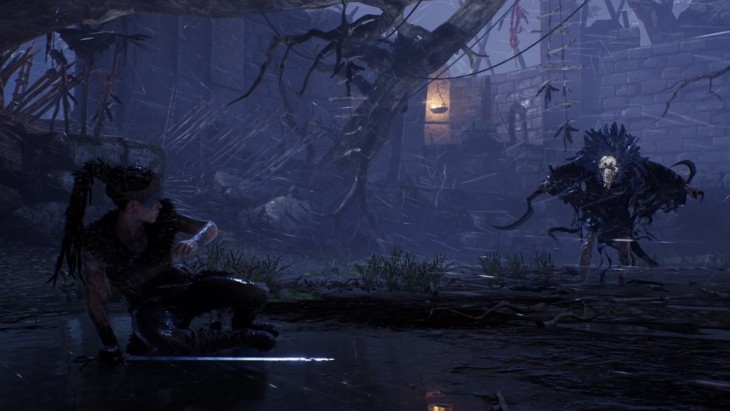 The song in the trailer is In Maidjan by the group Heilung, who are a group that tends to sing in proto-Germanic (near as my research has been able to take me) using instrumentation and costumes from Europe’s very distant shamanic past. I discovered them via YouTube early last year. They’re really good, if you go for that kind of thing, though I do think that they maybe lean too far into the Roman propagandist descriptions of the singing style of the tribes to the north and west of them.

In Maidjan appears to be a kind of war-chant, or an invocation to Odin to protect the warriors and prepare them for battle.

So, of course, my brain, in it’s infinite capacity to become obsessed with the most unimportant nonsense, has gone beserk trying to come up with theories on the basic premise of the game based entirely on this song. The song, I believe, appears on Heilung’s Lifa album, which seems to be about a village preparing for war.

It might be that Senua will rise to lead a village to battle against another invasion. We do see the glowing symbol around a village (things that glowed that very pale blue in the first game were a result of Senua’s power). She was not in her village when the Norsemen attacked in the first game, coming home to find everyone brutally murdered, and sparking her quest to find and rescue her lover’s soul from Helheim. Perhaps in this game, she resolves to never let that happen again.

I am sad that the whole Celtic part of Senua seems to have been left behind.

I don’t know. We have only a few visuals to go from, and one song. 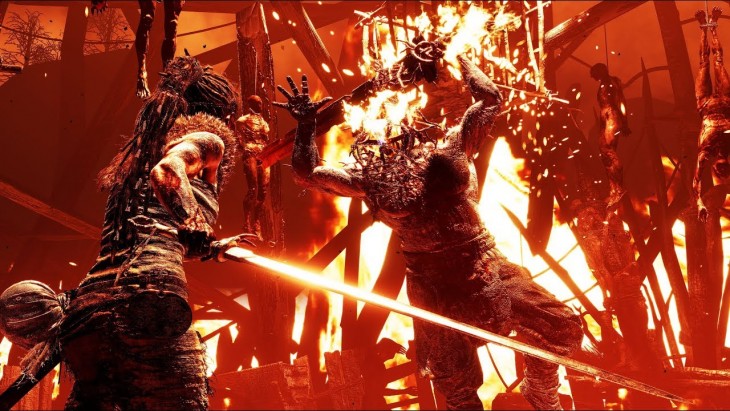 Oh man, I feel better after having gushed about it all.

What about you? Are there any gamers in the comments? Have you played Hellblade? Are you looking forward to the sequel? Leave your thoughts below.

Oh, and in case you want to check out Heilung for yourself, here is a video of their live performance of In Maidjan in 2017.

The landscape in the trailer seems to be very clearly Iceland. There are no other volcanoes in Northern Europe and the vegetation would match as well. The settlement of Iceland by Norwegians in the 9th century overlaps with the last mentions of the Picts in Scotland, and the people on the beach who run into the giant clearly wear Scandinavian gear. Senua arriving on Iceland with the early settlers seems like a likely scenario.

From the looks of it, Senua seems to be some kind of shaman now. Which would be a really cool way of making use for her abilities within society, and quite interestingly make her follow in the footsteps of her father.

But the impression that I am getting is that she clearly isn’t in a well adjusted state these days either. She looks like she’s out for blood, and now might be in a position to have other warriors follow her. And it would be really interesting to see how others are looking to her visions for guidance and treating her as a leader with supernatural powers.
Hellblade had a huge impact on my approach to magic in my own writing.

A pretty important point of the first game was that there is no happy ending with these things. It’s not something that you solve, fix, or get rid of. That she has another fight with visions of spirits makes sense. But as long as it doesn’t end with her being destroyed by insanity, I wouldn’t see that as unnecessarily tragic. If she comes out at the end more or less alright, that will be fine.

HARD agree. Well, we’ll see when I get my overly-eager hands on it. This will be one to stream, for sure.

Loved the game, on PS4. Which may be an issue. I think Microsoft bought Ninja Theory… and it is unlikely/unclear that they will make it available (probably PC, XBox). So….I am hoping for an eventual or delayed release on PS4.

And yes, that trailer with Heilung is incredible!

I am so very worried that it won’t be available on the PS4. I am also hoping for at least a delayed release.

And yeah, Heilung is fantastic.