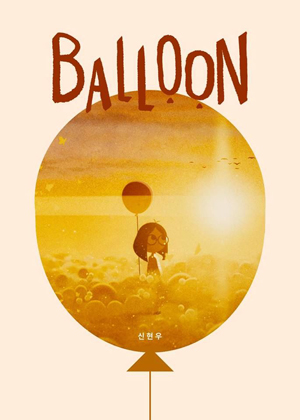 Yesterday I posted my last full review of a film from the 2019 Fantasia International Film Festival. Today, then, a post looking back at this year’s Fantasia. First, as always, my profound thanks to everyone who puts the festival together. And thanks as well to the audiences, who give the festival a reason for being. Special thanks to everyone I watched movies with, everyone I waited in line with, and everyone who I talked with and hung out with during Fantasia 2019.

This year was a bit odd for me, in that for the first week or even two I felt that while I was watching a lot of very solid feature films I was nevertheless missing a certain sense of surprise; a feeling I normally have at Fantasia of being blindsided by a movie, or a set of movies one after another. This may have simply been a function of what films I happened to see, or a subjective impression caused by some minor health issue (chronic fatigue takes many forms). Certainly that sense of mild shock did set in before too long. But it came from an unexpected place. What struck me as most impressive about the festival this year were not features but the short films.

It has been observed that the relation of short film to long film is more-or-less that of the short prose story to the novel. The short format is capable of powerful work, condensing narrative into terse, elliptical, allusive flashes. Artists often work at that length before embarking on longer stories, sometimes to hone their craft, sometimes to build a name, sometimes because they love the form. But audiences tend to prefer immersion in a longer story. In any case, while there are a number of outlets for prose short stories, short film rarely gets the same kind of exposure.

There are exceptions. It’s perfectly fair to talk about TV episodes as short film, for example. But one of the strengths of a good short is the way it can build a world very quickly, establishing as much as we need to know about character and telling a story with them in just a few minutes. So I want to write for a moment about a film I saw this year that I haven’t yet covered: “Balloon,” by Shin Hyun-woo.

Every year Fantasia has several blocks of animated shorts for children that play at the McCord Museum of Canadian History, not far from the main Fantasia theatres. I have two young nieces, and saw two blocks of those films this year. Plans for coverage here from age-appropriate reviewers fell through, but I have to say as an adult viewer that I was generally impressed by the craft I saw in these shorts.

In particular: Vladislav Bairamgulov’s folklore-like “A Little Light,” about a boy seeking fire in a deep wood, is atmospheric and funny. Park Sae-mi’s “Mira” is a wildly inventive expressionistic fable. Fillip Diviak and Zuzana Cupová’s “Cloudy” marries a sharp sense of humour with a strong design sense. Nicolas Deveaux’s “Athleticus” series of shorts is a uses straight-faced CGI to hilarious effect in showing animals competing in Olympic events. Thanh-Long Vo’s “Morpho Bleu” used a beautiful visual symbol to tell a fable about a young girl daring to learn new things, and did so without dialogue and in only one minute; it’s a splendid example of the power of visual storytelling.

But in particular I was moved by “Balloon.” It’s the story of a young girl who finds a red balloon, which lifts her out of her usual life into a worldwide journey, and then out of this world entirely. A post-credits sting provides the perfect coda to a tale about a young person having their imagination fired. It is a beautiful film with a lovely colour sense, and without words it tells a powerful story about the wonders awaiting the explorer of the final frontier.

I saw “Balloon” not too long after seeing the disappointing Astronaut, and the contrast brought home to me how powerful the short form can be. “Balloon” is literally 5 minutes long, but I was more involved with its lead character than with anything in Astronaut, and saw more powerful images in the short than the feature. Crucially, and this is the reason for the comparison, “Balloon” was far, far more eloquent about the idealism of exploration and the wonder of space travel than Astronaut.

And “Balloon” was only one of the excellent shorts I saw this year. “Girl in the Hallway” may still be the strongest film I saw at the whole festival. “Here & Beyond” had a powerful emotional heft. “A Japanese Boy Who Draws” used experimental visual approaches with incredible success.

You never know what you’re going to get at Fantasia. For me, this year was the year of short films. I do not claim to be a particular fan of the format, but I like to think I can appreciate good moviemaking of whatever length. And in 2019, that’s where an awful lot of very strong work happened to be found.

It’s one of the virtues of the film festival format: the chance to see some of the best shorts of the year. Whether in showcases, or placed before a feature film, attending Fantasia means getting to see short works I would not get to see otherwise. Would not even have heard of, in fact.

This brings me around to what I try to articulate every year: the Fantasia festival lets me see visions I would not otherwise see. For a viewer that is the power of a festival, and of this festival in particular. The gathering of art and of different artistic sensibilities, the effect that comes from having one work followed by another. I think this is especially so for a genre festival where the fantastic can come out, where the world of a film cannot be taken for granted.

This year it took a while for me to wake up to the richness of the filmic worlds I was seeing, perhaps. But it was inevitable that I would wake, sooner or later. Fantasia represents too much creativity gathered in one place for three weeks in July for that not to happen. This year as every year Fantasia was a great success and a profound experience. Once again I am indebted to the organisers and the filmmakers who contributed to it. And once again I am left drained, yet still looking forward to next year.

Thank you much for all these.