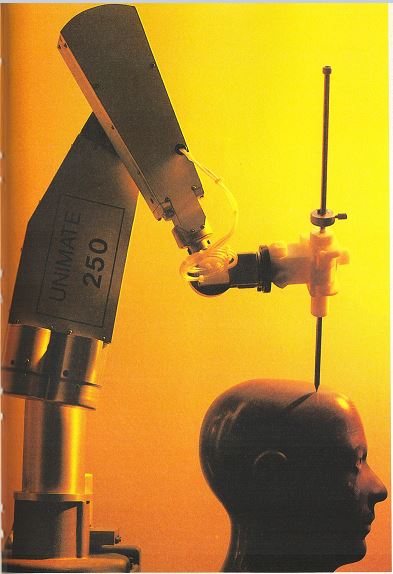 In the 1980s, science fiction, the red-headed stepchild of literature, the field that had been declared dead in 1960, the genre that Kurt Vonnegut decried because serious critics kept mistaking it for a urinal, became the hot new thing.

As we now know, a rising tide may lift all boats, but the few superyachts get raised to previously unimaginable heights. The corporate buyout of old-line publishing houses created the blockbuster mentality, wherein the few Big Names could be paid supermoney in the assurance that their being proclaimed bestsellers made them so and therefore return huger profits. Robert A. Heinlein got paid $500,000 for The Number of the Beast. Isaac Asimov made a million for his new Foundation books. And Arthur C. Clarke needed all his formidable scuba skills to avoid being drowned under the tsunami of money that arrived just by allowing others to borrow the magic of his name. 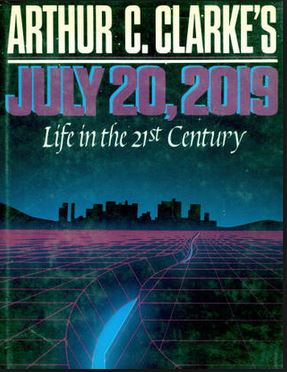 That’s my jaundiced guess about the genesis of Clarke’s July 20, 2019: Life in the 20th Century, published in 1986. Omni magazine, then in the glory years of its dominance of the field, able to assert itself as the leading science fiction magazine despite publishing only one or two stories a month, threw off allied projects like Johnny Appleseed. Clarke contributed to this Omni Book a handful of short essays about technological progress, which were packaged around dozens of photographs that had little to do with the actual text and were often so arty as to be noninformative. The packaging appears to have been the work of Robert Malone, a technology writer who was the founder of the Automation Hall of Fame. He did two classic illustrated robot books, The Robot Book and Ultimate Robot, and had access to an endless horde of robot photos, although he kept all the good ones for his own works. 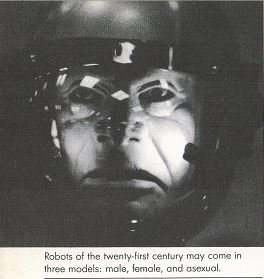 The title should cue you to the book’s conceit. Clarke pretends to forecast the inventions, gadgets, gimmicks, and processes that will surround readers in their daily lives exactly fifty years after the first moon landing. Clarke covers everything from school to sports, sex to war. And robots, the only technology to have a chapter all to itself.

Clarke is much too clear-headed to posit a future full of Robbies and Rosies. His future is a slog of smart houses and industrial robots, which are what the next two pictures are improbably labeled.

Clarke’s depiction of a smart house could be taken from any 2019 brochure, which would have made it a wonderful prediction if the same smart house wasn’t also predicted in 1999 and 2009 (and 1929, sans computer) in the same terms.

The house’s various systems – heating, cooling, lighting, security alarms, ventilation, closed-circuit television, light control – would all be subject to the direction of the home’s central computer, a kind of automated majordomo. Buyers will assume their new home comes equipped with a central computer as standard equipment the way houses now come with indoor plumbing and fully wired for electricity.

That looks today somewhat more prescient than his description of a combo freezer/microwave. Before you leave for work in the morning you tell the freezer what frozen meal you want for dinner, which at the appropriate time slides toward “a door into the microwave oven” and emerges piping hot when you walk through the door three minutes later. Or stone cold if traffic holds you up.

The Roomba was an easy forecast, because Hitachi already had an experimental robot vacuum that looked like “a sleek driverless car of the future” that used a “premapped course on the floor.” Clarke quickly undercuts his vision, though. Rather than make the leap to smart robots that would navigate around all the obstacles a normal houses imposes on its route, he says that humans will have to rebuild their houses for the use of robots, perhaps by making kitchens with tile floors and central drains that could flush wash water away. Futurists predicted that a half century before Clarke, too. Machines bend to human will, not vice versa.

Except maybe on factory floors. Industrial robots had long been in use by 1986. They didn’t look like robots, probably why Malone didn’t include any pictures of them. Their acceptance by workers was a sore subject that Clarke avoids. Instead, he proffers this confounding anecdote.

One Japanese union complained that the phasing in of robots and the phasing out of union workers was depleting the union’s finances because there were fewer members to pay dues. In response, the company offered to enroll the robots as union members. The Japan Labor Ministry was offended by the idea, declaring, “Robots cannot join a union like human workers.” The union leader, however, declared, “We want the robots.”

War would also feature high-tech robotic weapons, like whatever the hell this thing is. It goes unexplained in the text and a reverse-image search leads to nowhere but the book. Can this be called a robot? What does it do? How does it kill? For once in the book, the future becomes a strange and unknown world. 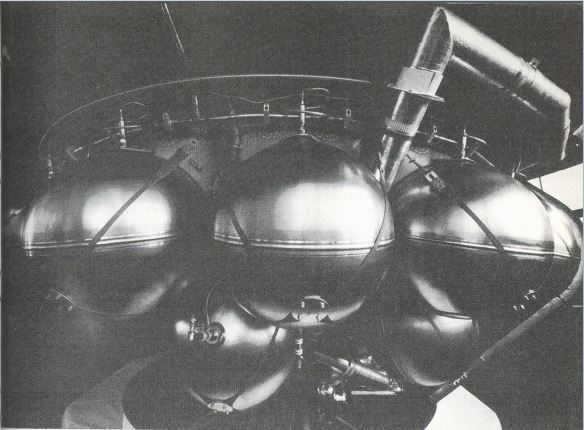 Clarke runs through the standard litany of what robots might do, a set of predictions that might have been made at almost any time in the 20th century. People would have robot pets. Robots would assist the less abled. Factories would reduce jobs by adding robots. Robots would be employed in locations that were difficult for humans to survive. All the same sort of stuff that newspaper articles from the 1930s were already predicting, like do-it-yourself personal robots. 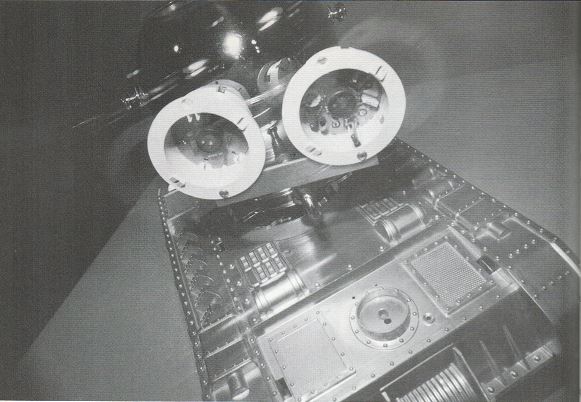 What is striking about Clarke’s future is how safe and tame it appears, rather than how good or bad the predictions are. He is often right, sometimes strikingly so. (He foresees video tape superseded by a card that can store gigabytes of information, enough for hours of video, like a modern flash drive. But his was holographically encoded, a buzzword he overuses in every chapter.) Clarke, the utopian, doesn’t fear technology running rampant, or robots attacking humans, or information being used against individuals, or corporations or governments waging cyberwars. Not does he imagine that technology would leap ahead so quickly that millions would feel lost and helpless in a world they don’t understand. It’s quite possible that he couldn’t imagine that. It may never have occurred to him.

Mostly, though, his failure is the failure that plagues futurists and futurism. They can only straight-line the future. Their futures, especially their technology, are bigger (or smaller if needs be), faster, more capable, applied to more industries, more convenient, better in every way. (A few might turn that upside down, so that their dystopian futures are more hideous in every way.)

That’s not how technology progresses. The unexpected prevails. Clarke did not foresee personal computers, smartphones, the internet, or social media. His houses are controlled by a central computer that works in the background, without any explanation of how the average user will bend them to their will. A Siri or Alexa as interface never appears. Smart houses were predicted frequently and never took off: builders realized that while a phone can be obsoleted every year or two and replaced by a better model, houses cannot. Segments of the future can easily be prophesied – and have been for decades – but the future is made of millions of interlocking pieces, many of which surprise us by their sudden appearance. Our 2019 doesn’t feel like a faster, more powerful version of 1986. It feels like a different planet. We swim in a swirl of culture unimaginable 33 years ago.

Other than a Roomba, few of us interact with a robot at any time in our daily lives. Yet we are surrounded by an order of magnitude more automated machines than Clarke foresaw in 1986, most of them so micro we never see them as machines at all. The Futures of the past are always wrong, either too timid to envision massive changes or too extreme in postulating what is physically possible or culturally acceptable. Malone’s illustrations are equally frustrating, tending toward art rather than science, trying to make machines look less like machines. 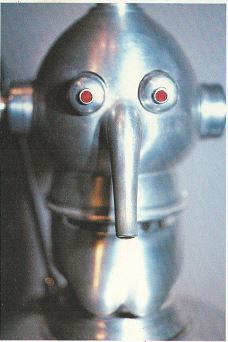 Steve Carper writes for The Digest Enthusiast; his story “Pity the Poor Dybbuk” appeared in Black Gate 2. His website is flyingcarsandfoodpills.com. His last article for us was The Many Lives of Otto Mattix His epic history of robots, Robots in American Popular Culture, is finally available wherever books can be ordered over the internet. Visit his companion site RobotsinAmericanPopularCulture.com for much more on robots.