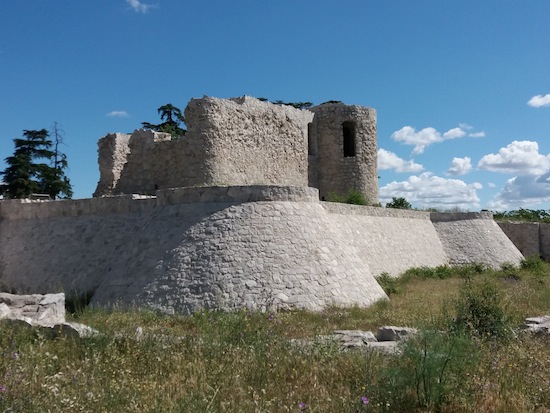 The castle appears to have been built in 1475, although this is not certain. It guarded the road from Madrid through the Zapatas’ lands and east as far as Aragon. The castle features a broad moat, glacis, and stout walls. A century later, with the Moorish threat gone and the country stable, the castle was converted into a pleasure villa by opening up large windows in the walls and adding a garden and fountain around it.

Madrid was still a small town back then and did not become capital of Madrid until King Philip II (ruled 1556-1598) moved his court there in 1561. 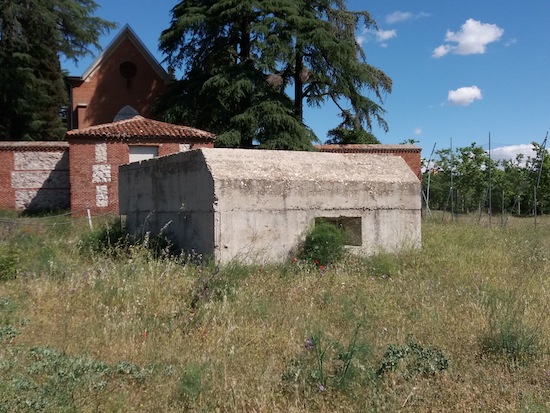 Strategic spots tend to remain strategic, and the area around the castle is no exception. During the Spanish Civil War (1936-1939), the road was on the eastern approach to the capital. Fascist forces had half surrounded Madrid early in the war and maintained a steady pressure. The Republican government, a coalition of left-wing parties, had to expend a great deal of their forces to defend the capital and built a ring of bunkers around the city.

One of these is a stone’s throw from El Castillo de Alameda de Osuna. A squat concrete construction, it has a firing slit for a heavy-caliber machine gun. You can get inside and look through to see just how important a position this was. The bunker and castle sit on a rise overlooking a broad valley to the east, now filled with buildings, with a clear view of another rise a couple of miles distant. The area was farmland back then, and the machine gunners would have had a clear field of fire at any attempted advance. 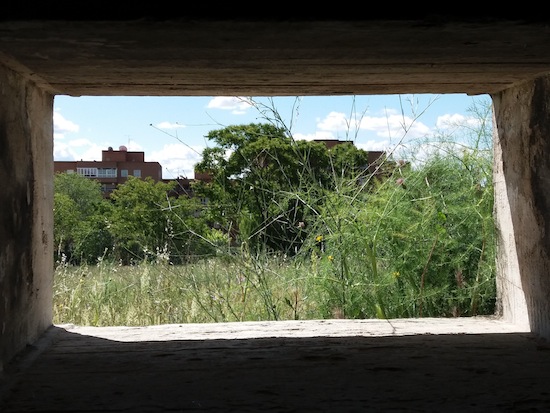 The bushes and buildings are all new. Back in the Civil
War, the machine gun would have had a view for miles.

The bunker is just one of the many remnants of a bitter Civil War that raged around Madrid for three years. Several other bunkers can be visited in the area and some of the older buildings in town still bear scars from fascist bombing. 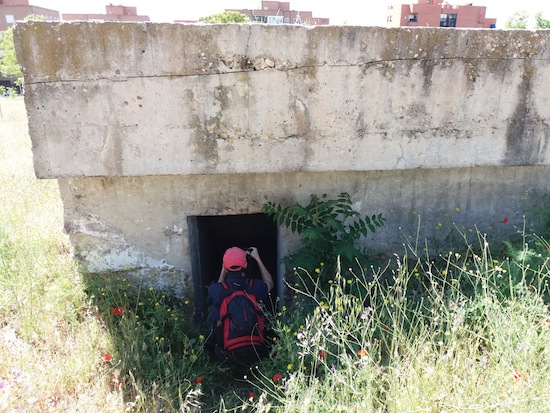 The bunker is half buried in the ground. For a time after
the war, someone used it as a house. Spain was so broke
in the 1930s and 40s that this is, sadly, not surprising. 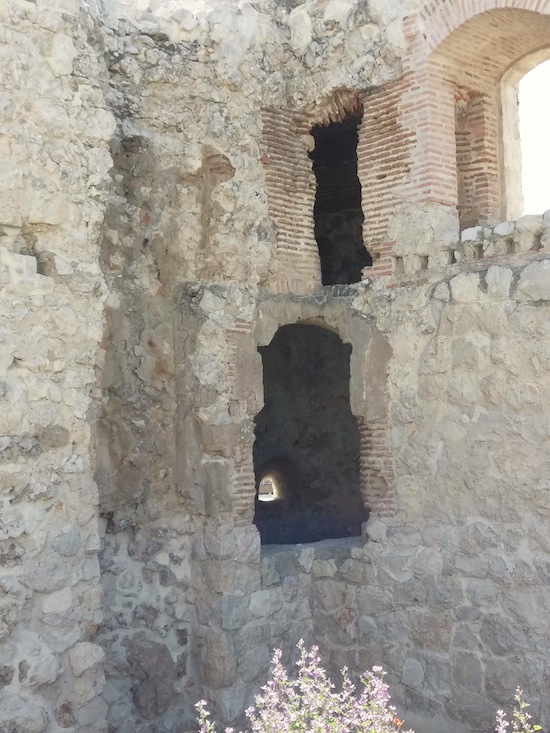 About half of the castle walls are missing, removed many
years ago. This allows the visitor to see inside. Note the
small firing loop cut into the wall during the Civil War. 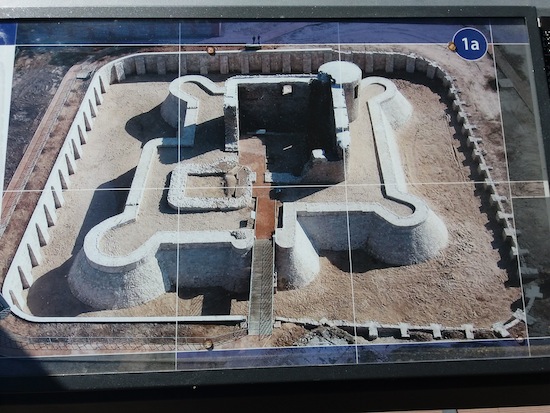 A bird’s-eye view of the castle