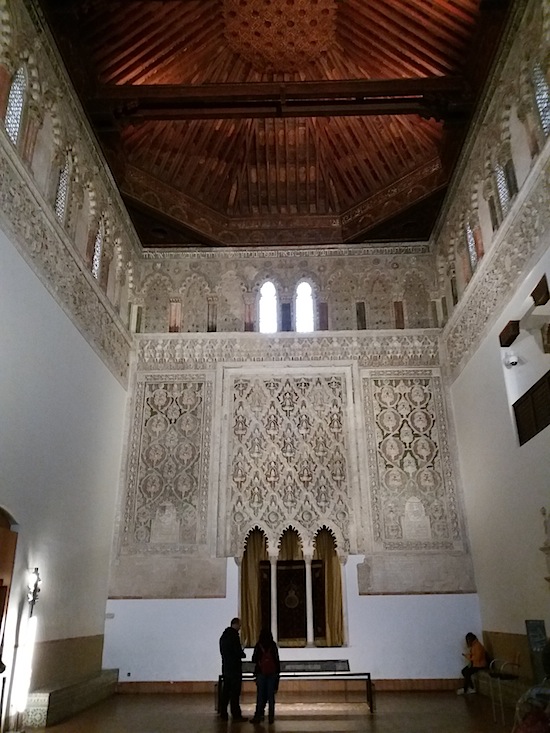 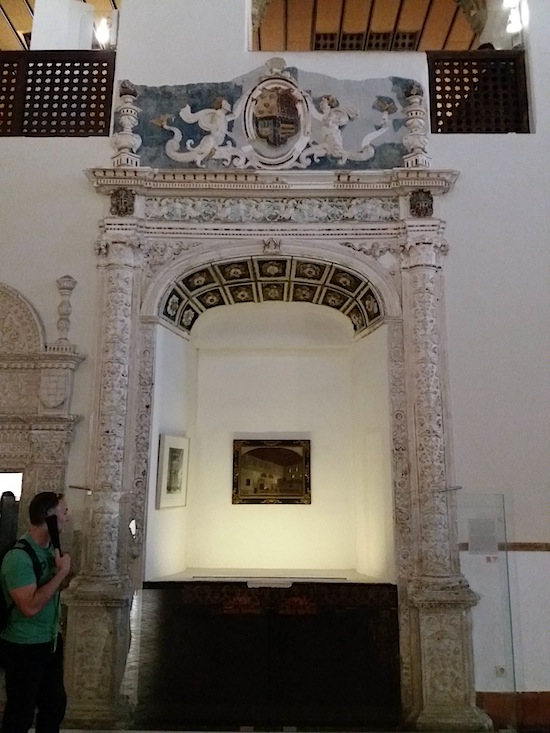 This ornamentation dates from when the building was a church

While some Jews had risen to high office in Spain, the community still faced persecution. When the Black Death ravaged Toledo’s population in 1348, many blamed it on the Jews and committed a terrible pogrom. King Pedro may have allowed the construction of the synagogue as compensation. By law, synagogues were supposed to be smaller and lower than neighboring churches and undecorated. Abulafia’s synagogue flouts these regulations, and the inscriptions in Hebrew praising King Pedro hint that the king had decided to look the other way.

The interior is well preserved and consists of carved stucco walls in the Nasrid style called Yeseria. This decoration is similar to synagogues I’ve visited in Córdoba and Tangier.

Abulafia eventually fell out of favor with the king and was executed in 1360. After the Jews were expelled from Spain in 1492, the synagogue was turned into a church. Now it’s a museum detailed the life of the Jewish community. 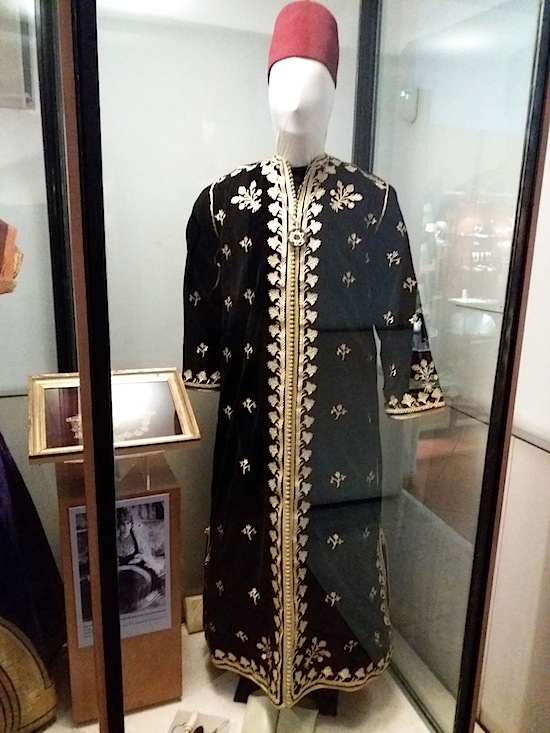 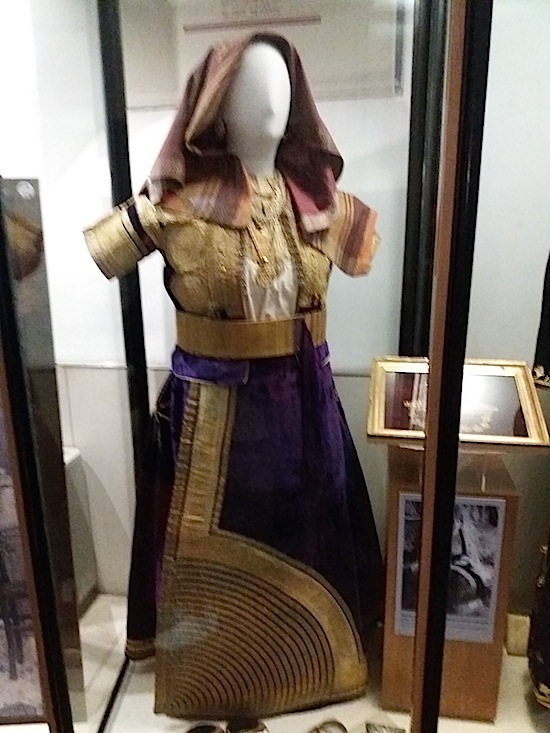 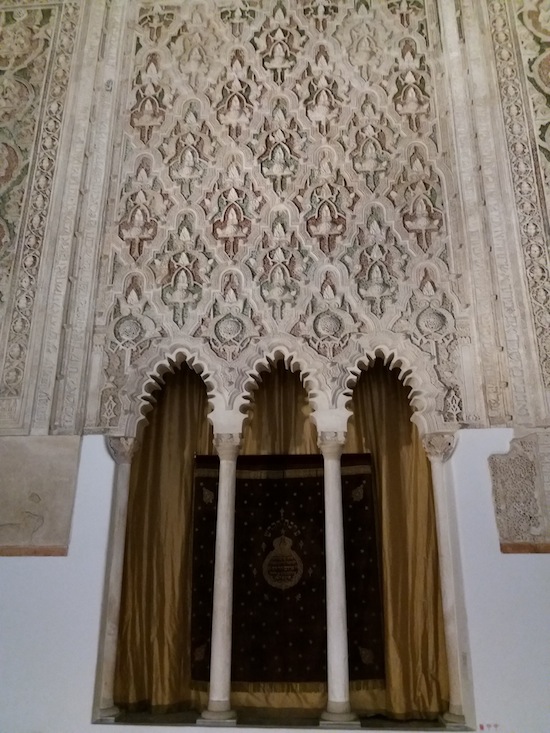