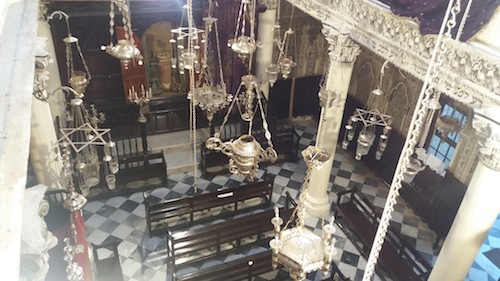 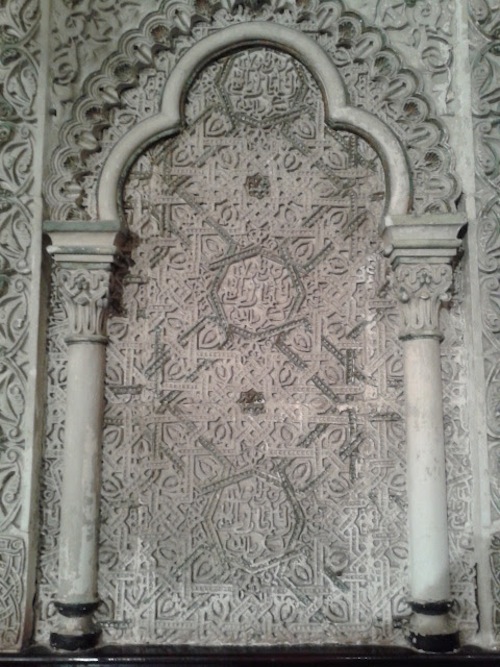 The walls are decorated in the Moorish style, as is the Anglican church in town

The Jewish community received two major influxes from Spain, the first when the Visigoths persecuted Jews in the 5th and 6th centuries, and again in 1492 when Ferdinand and Isabella told the Jews to convert or leave. Many Jews packed their bags and headed south.

Not that Morocco was always welcoming. Like many European countries, Morocco has vacillated between tolerance, grudging acceptance, and outright persecution. The worst came in the 12th century, when thousands of Jews were killed for their belief. 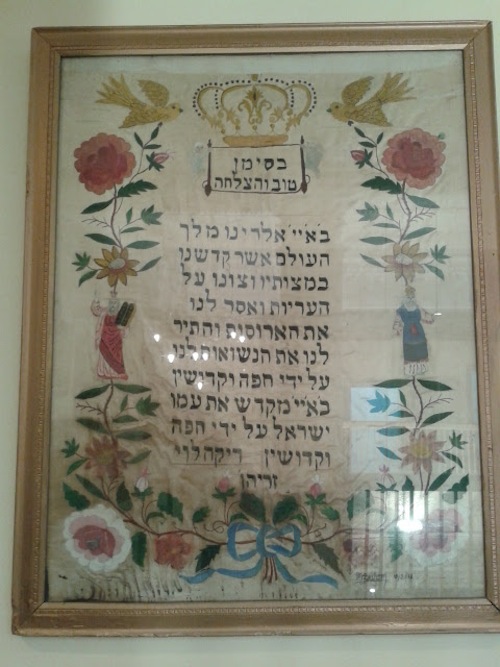 I think this is a marriage certificate. Anyone here read Hebrew?

The community recovered from that outrage and by the time the Nahon Synagogue was built there were some 8,000 Jews in Tangier and several other synagogues in the Jewish Quarter. When Tangier became an international zone in 1923, Jews from Morocco and other countries flocked there, attracted like the Gentiles by the city’s loose laws, a wide-open market, and a tolerant atmosphere. The zone was jointly administered by France, Spain, the UK, Portugal, Italy, Belgium, the Netherlands, Sweden, and the United States. Jews from all these countries moved to Tangier to seek their fortune and the community’s population quickly doubled.

Tangier was enjoying a golden age. Smugglers shipped everything from guns to cigarettes while the police looked the other way, you could set up a bank as easily as setting up a sweet shop, homosexuality was legal, and the cafes were full of pot smoke. While we usually think of Tangier in terms of great writers such as Burroughs and Bowles, most people in Tangier came there not for inspiration, but to seek their fortune. Many found it. 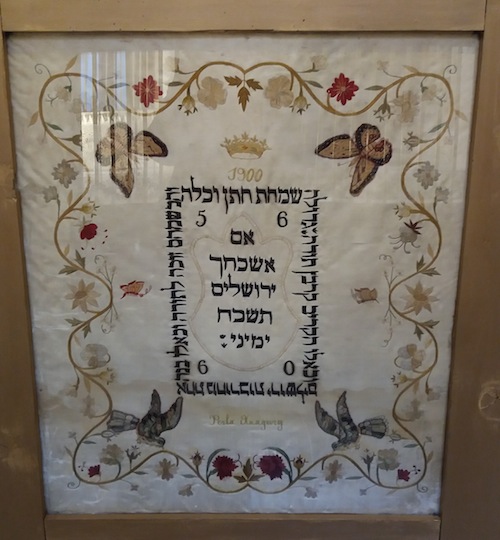 Can someone translate this?

The party ended in 1956 when Tangier was ceded to a newly independent Morocco. While the modern state gave Jews protection under the law, the city’s economy was wrecked as strict economic laws were introduced and foreign capital fled. By then Israel had been established and that tempted some in the community to leave. Others moved to Europe or the U.S. Now there are only about 150 Jews remaining in the city, but the Nahon Synagogue and several others are lovingly maintained and still used for special events. 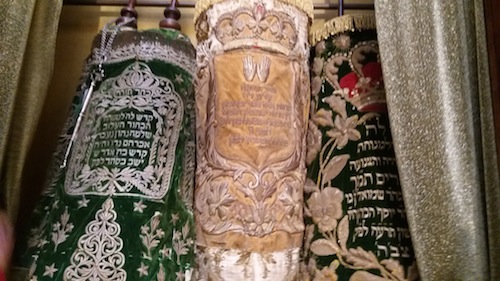 The holy texts are kept in a niche at the front 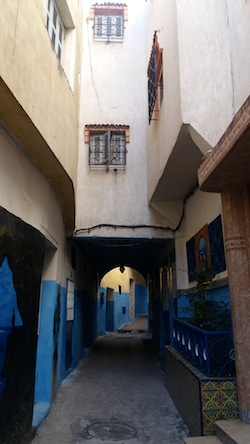 The alley leading to the synagogue

Your second photo of Hebrew text art is from Psalms 137, the central portion from verse 5: “If I forget thee O Jerusalem may my right hand forget it’s cunning.”

I believe the first photo of text is also from Scripture, but I will have to study it further when I have moment.