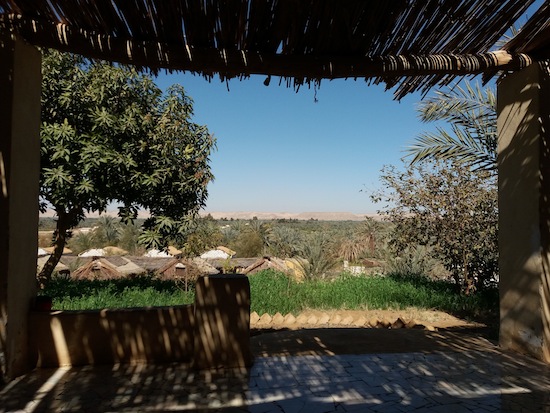 When visiting Egypt, it’s hard to tear yourself away from the Nile Valley. After all, that’s where you’ll find the vast majority of temples and pyramids, as well as the lively city of Cairo, currently one of my favorite cities in the world.

On my previous trips to Egypt I’ve often looked longingly at the western horizon, wondering about the oases that are strung out across the desert far to the west of the river. Finally last month as part of researching my next novel, I got to visit one of them.

Bahariya Oasis is about 370 kilometers (230 miles) southwest of Egypt’s capital. The old caravan route (the one my characters have to take), was a waterless ten days on camel. I only had to endure a long ride on a cramped bus through a dreary landscape. This part of the Western Desert is not pretty. It’s flat, with few changes in terrain, and not even any real sand dunes to look at.

After this minimalist landscape, the road leads up a ridge of black volcanic stone and to an overlook above a wide valley. The entire valley is green with palm groves and cultivated land. The effect is startling, and must have been even more so for the travelers in the old caravans. The valley measures 94 kilometers (59 miles) long and 42 kilometers (26 miles) wide. 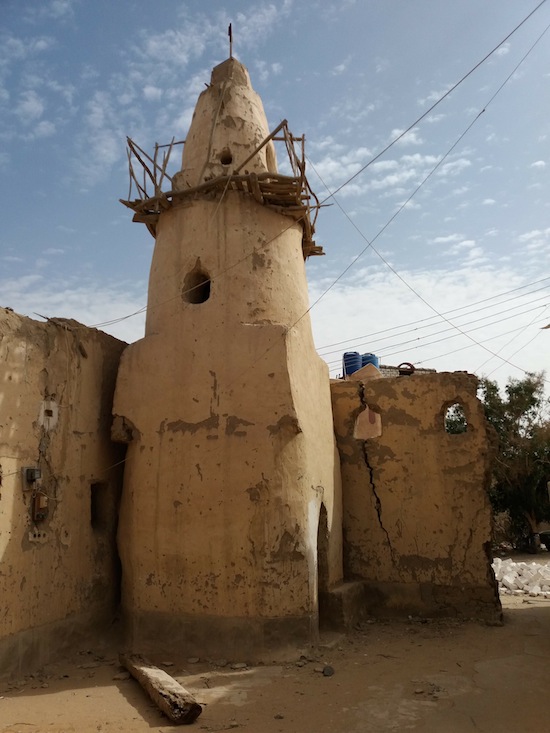 The old Senussi mosque. The Senussi are a conservative Sufi
religious sect that originated in Libya in the late 18th century.
They have had a deep influence on the culture of Bahariya Oasis

Like the other oases in the Western Desert, Bahariya is in a depression deep enough to have access to fossil water, ground water left over from rainfall from hundreds of thousands of years ago when the region was wetter. There’s a huge cache of this water, still mostly untapped. Some of the deeper sources of it bubble up in hot springs which the locals use for bathing and washing clothes.

About 35,000 people live here, mostly working the land or the large iron mine nearby. The population is concentrated in half a dozen villages with smaller settlements in between. They are distinct from the Nile Valley people, many being of Bedouin stock, often from the Libyan tribes, or from Siwa Oasis further to out in the desert to the northwest. Extended families live together, often building large square compounds of houses, with the back exits leading to a central courtyard where the women can socialize without being seen by outsiders. The people are conservative, and virtually all the women I saw wore the niqab. 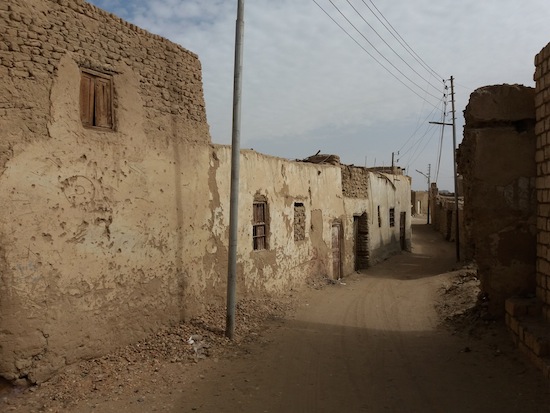 Everyone I met told me how much the oasis had changed in the past few decades. A paved road to Cairo was constructed in the 1960s, leading to a modest amount of tourism. Television and the Internet has also wrought their changes. Many of the traditional arts and crafts have all but disappeared. I stayed on the outskirts of Biwati, the largest village and the terminus of the old caravan route. Most of the buildings are of ugly modern concrete. When I went in search of the old quarter with its houses of painted mud brick, I found a neighborhood that was rapidly becoming a ghost town. Of course the people of Bahariya want all the modern conveniences just like the rest of us, but it’s a pity so much has been lost. 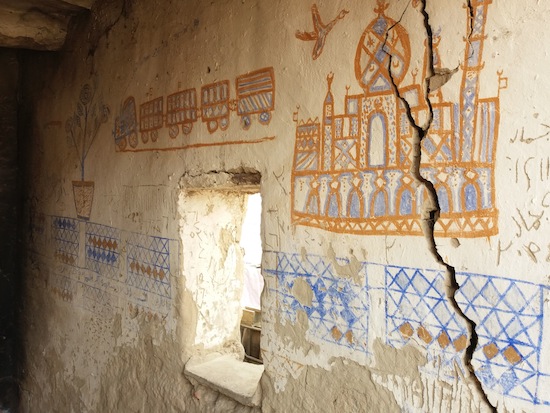 Many of the old buildings are decorated with lively paintings

While the oasis provides a relatively comfortable place to stay in comparison to the harsh desert, it can get cold at night and one is not entirely sheltered from the Sahara. One day a sandstorm kicked up. It was a relatively modest one by Egyptian standards, but the sand got simply everywhere. It seeped through the walls of my hut to cover everything, and walking outdoors for even a few minutes gave me a fine coat of sand, stuck in place by my sweat. Visibility dropped, and was made worse by my having to wear sunglasses in an attempt to keep the sand out of my eyes.

Luckily that was only one day, and the others were clear and sunny except for one morning when I was awoken by a strange pattering noise on the roof of my hut. It sounded like rain. Rain???

I hurried outside and sure enough it was raining. Well, sprinkling really. It lasted perhaps half an hour, and was one of the few days of rainfall they would have this year. Sandstorms are much more common than rain!

Like everywhere else in Egypt, Bahariya Oasis has a long history and there are several ancient sites of interest. We’ll be taking a look at those next week. Later in the series, we’ll take a look at some of the strange geology in the region as well as the little-known role the oasis played in World War One. 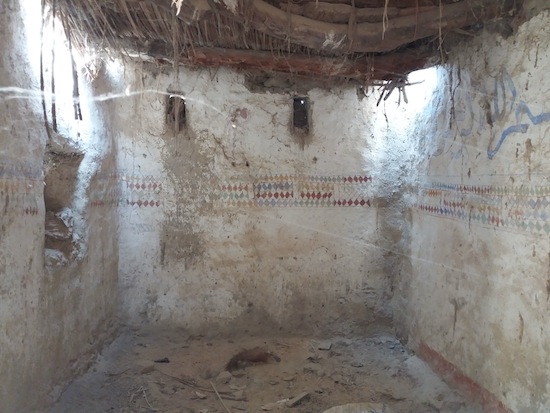 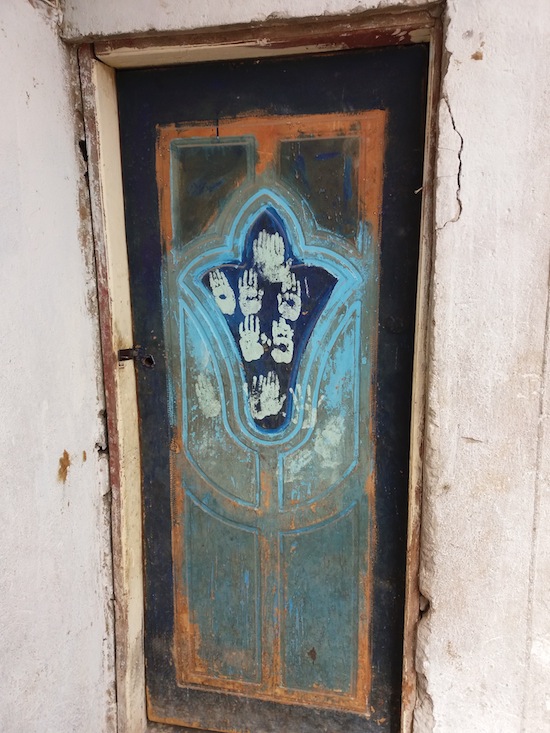 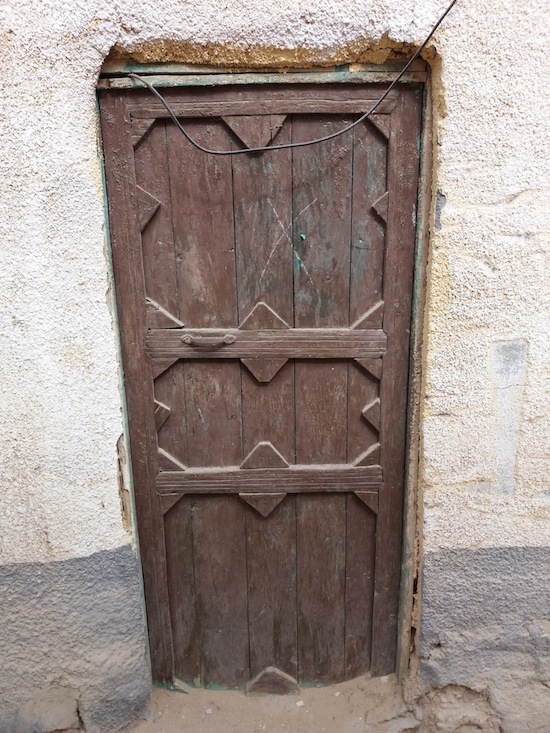 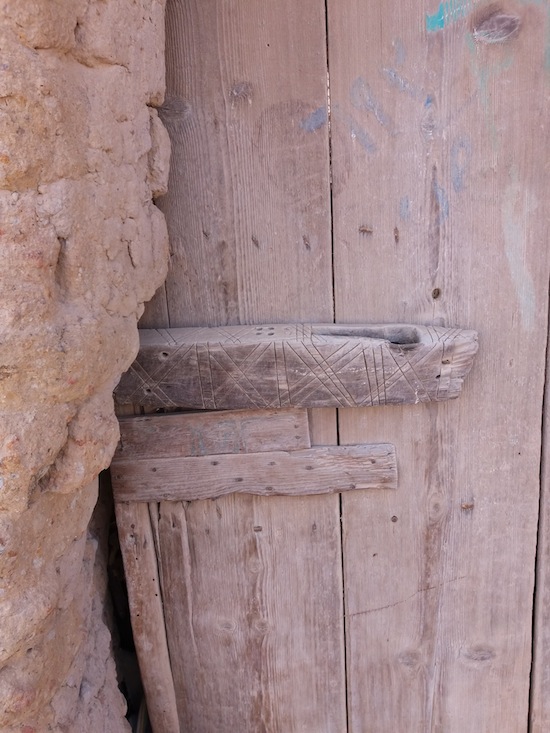 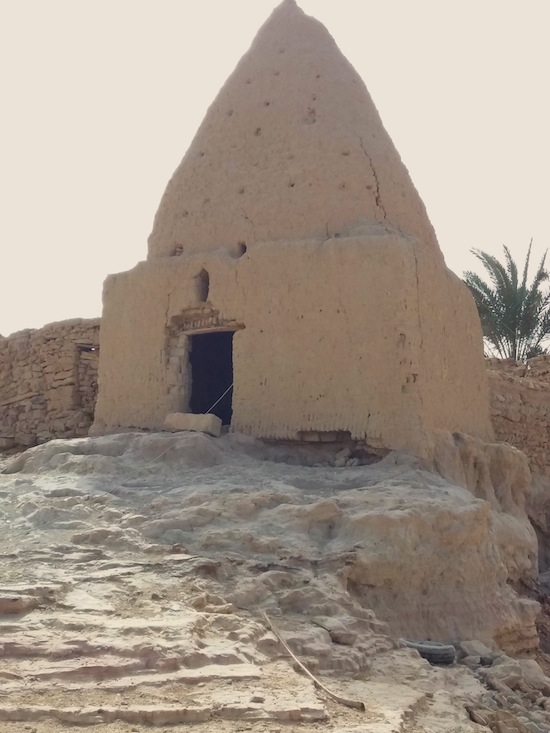 A shrine to a local saint. I couldn’t get a closer picture because a pack of half-wild dogs had taken up residence there and chased me off 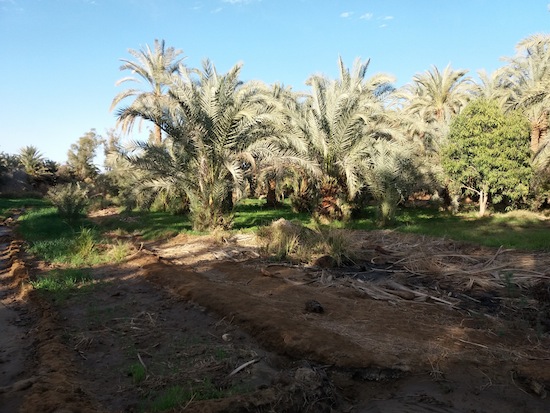 The palm groves make excellent dates, which some farmers make into date wine. Other food crops are also grown 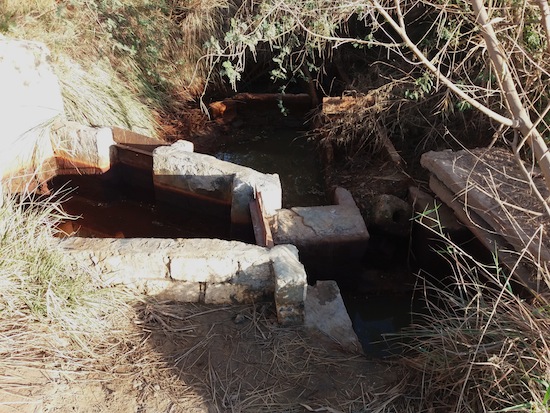 The whole oasis is crisscrossed by a complex network of irrigation channels. Beneath the ground are older irrigation tunnels running for dozens of kilometers, but most of these are filled in these days 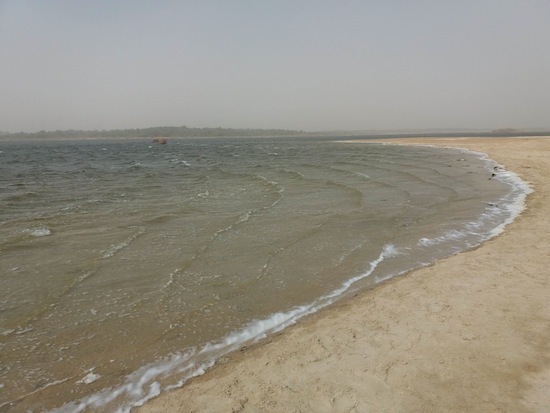 A salt lake on the western edge of the oasis. In the distance is a blind made of reeds where men can hunt birds. The fishing is good here too 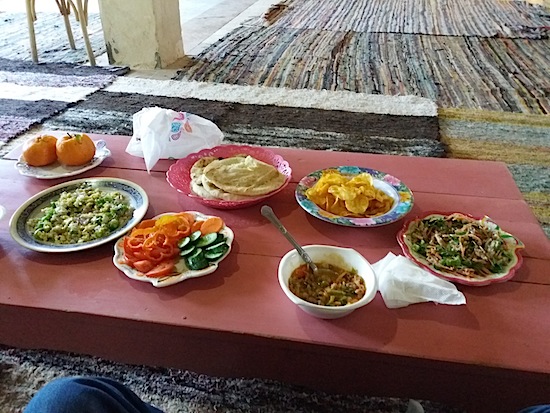 Sean, you don’t get praised often enough for these travel pieces. Every one of them has been interesting and entertaining.

Thanks! I have fun writing them. And thanks to John for letting me have a platform. I’m definitely the odd man out here, but he doesn’t seem to mind.