A few years ago I took a nostalgic look back at one of my favorite adventure settings, the boxed set Borderlands published by Chaosium in 1982, in the provocatively titled “Can Playing RPGs Really Make You a Billionaire?”

Some of the most treasured possessions in my games library are the boxed adventure supplements published by Chaosium between 1981 – 1986. They include some of the finest adventure gaming products ever made, such as the classic Thieves’ World (1981), Michael Moorcock’s Stormbringer (1981), the brilliant Masks of Nyarlathotep (1984)… Borderlands is still very much worth a look today. It’s a complete, self-contained adventure scenario in the River of Cradles in Prax, part of Greg Stafford’s world of Glorantha, and is (relatively) easy to adapt to Sixth Edition RuneQuest and other modern game systems. Players play the role of down-on-their luck mercenaries drawn to the lawless borderlands along the river, “a fertile valley separating the devastation of Vulture’s Country and the wretched chaparral of Prax.” There, in the employ of the generous Duke of Rone, they will help civilize a new domain filled with tribal peoples, creatures, and monsters (ducks to dinosaurs, whirlvishes to wraiths.)

Like all the Chaosium boxed sets of the era, it came absolutely packed with content, including a heavily illustrated, 48-page Referee’s Handbook, a dense 32-page Referee’s Encounter Book, mostly filled with tables, two sets of maps, and seven individually bound, linked scenarios.

The article frustrated more than a few readers since, like virtually all Chaosium’s boxed adventure supplements from the early 80s, copies are highly collectible and very pricey today. Even the Moon Design paperback reprint from 2005 is ridiculously expensive, routinely commanding $100 and up on eBay. So I was delighted to see a completely remastered edition of the Borderlands boxed set offered as a single PDF by the original publisher, Chaosium, as their final PDF release of 2018.

Borderlands is an adventure supplement for the RuneQuest role playing game, and is set in Greg Stafford’s world of Glorantha. 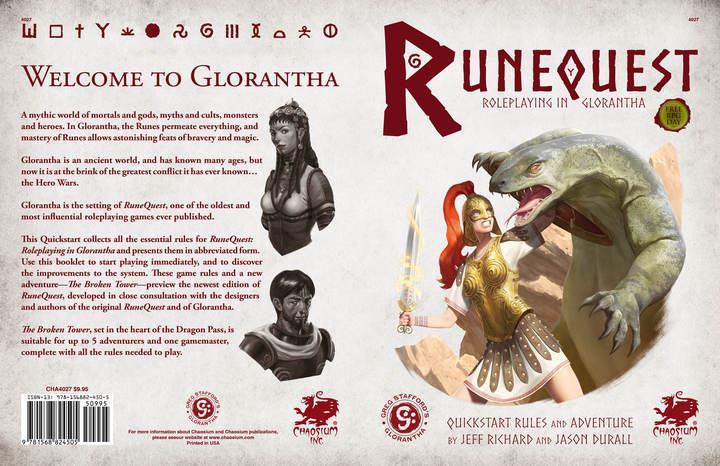 Here’s the description for the PDF edition of Borderlands from the website.

A RuneQuest Campaign in Seven Scenarios

This is a completely remastered version of the Borderlands boxed set into a single PDF.

The Referee’s Handbook contains notes on referee and player functions, regional history, cultural/ecological background for the peoples along the River of Cradles, short studies of Duke Raus of Rone (holder of the Weis Domain) and his family and servitors, geographical information, magical items, and generic statistics for natural animals and unnatural monsters in the area. This book tells the referee how the land lays, giving him, or her, plenty of ammunition with which to answer player questions and elbow room by which to alter scenarios or to create new ones.

The Seven Scenarios are arranged so that they form an extended adventure when played in sequence; any of them can be used individually with slight adjustments.

The Encounters Book contains the individual NPC statistics used in the scenarios as well as various encounter charts. Monsters or NPCs specific to particular scenarios will be found in those scenarios. Statistics for Raus, Daine, and Daryli can be found in the Referee’s Handbook.

The map of The Domain in the Referee’s Handbook shows the extent of the duke’s River of Cradles holding, with the land to either side from Vulture’s Country to Horn Gate, and from below the Sun Dome temple to above Corflu. Routes of travel should be plotted using this map.

The play-aids at the end of this book include a copy of Daine’s Map and a copy of the map to the Fish Temple. A copy of the Duke’s Contract can be found in the Referee’s Handbook.

Note: This is a fully-remastered PDF true to the original printing.

Copies are just $14.99. See all the details and order copies directly from the Chaosium website. 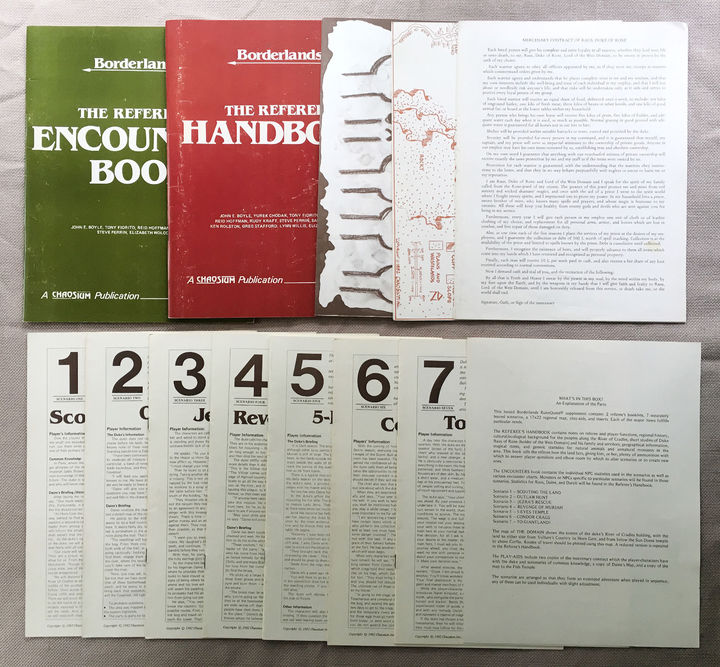 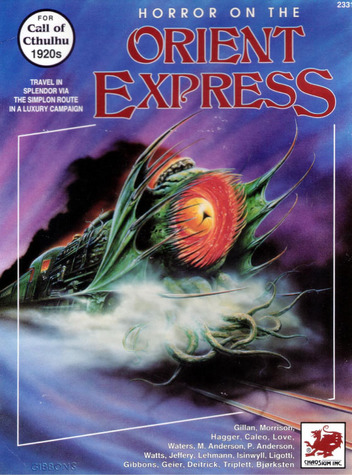 Borderlands was written by a team of writers, including Lynn Willis, Sandy Petersen, Greg Stafford, Steve Perrin and Reid Hoffman, and published by Chaosium in 1982.

And our previous RuneQuest and Glorantha coverage includes:

I keep hoping that print-on-demand technology reaches the point where they can start accurately reproducing the boxed sets of yore, complete with cardstock handouts and 17″x22″ maps.

I’ve always been proud to have been a (small) part of that project.

Wouldn’t that be something? I’d be happy with being able to print those gorgeous maps! And maybe the player sheets.

> I’ve always been proud to have been a (small) part of that project.

Glad to hear that! What did you contribute? Tell us more.

My contribution to RQ Borderlands was the write-up for the Men & a Half (the Agimori) in the Referee’s Book and the description of the three named Agimori NPCs in the Encounter Book. The write-up was basically a reprint of my article on the Men & a Half from Wyrm’s Footnotes magazine #12. (WF was the Chaosium in-house magazine devoted mostly to RQ and Glorantha)

I was one of many contributers and I’ll always be grateful to Greg Stafford and Steve Perrin for letting me be a part of that team. I started playing RQ back in 1978 and played many other systems as well, but I never saw any supplement for any game system that was better at getting people to role play their characters than Chaosium’s Borderlands.

I don’t have any stories about what happened behind the scenes; Chaosium was a West Coast operation at that time and I live in Philadelphia. This box set was the last RQ supplement released before Avalon Hill bought RQ, and I’m delighted to see it back in print.