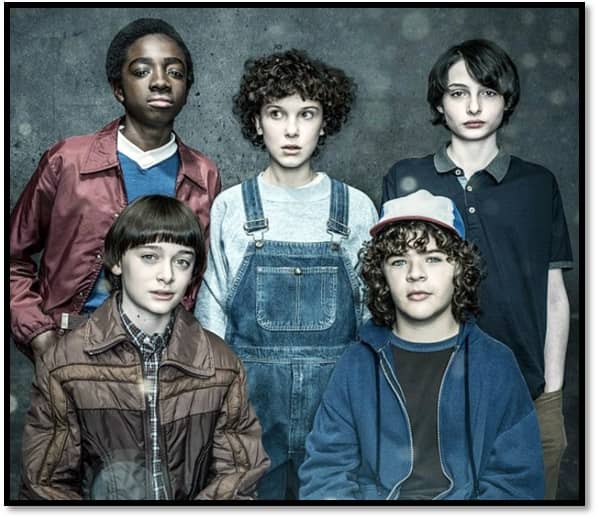 This is every bit as awesome as it sounds.

As you likely are aware, we have to wait all the way until summer before getting to binge the next eight episodes of Netflix’s Stranger Things so we’ve spent quite a lot of time scrounging for clues on what to expect. Executive producer Shawn Levy already confirmed that season 3 would take place a year after season 2 during the summer of 1985. Steve has graduated from high school and is working at an ice cream shop in the Starcourt Mall, which is where we see him in the teaser trailer. Levy also indicated the romantic pairings of Eleven-Mike and Max-Lucas remained steady and also revealed this tidbit, “We ended season two with a clear signal that the Shadow Monster was not eliminated, and maybe he’s even identified his foe. And that darkness, and the battle that it requires, only grows in Season Three.”

David Harbour, who plays Sheriff Hopper, told The Hollywood Reporter that everyone on the cast was “taking a lot of risks.” These may or may not include Hopper’s new dynamic as Eleven’s adoptive father.

We also know that much like how Season 2 riffed on the release of the first Ghostbusters movie, Season 3 is aiming for something closer to traditional horror in its focus on movies from directors like John Carpenter (Halloween, The Thing), David Cronenberg (The Fly, Videodrome), and George Romero (Night of the Living Dead). We can only guess what that means for the residents of Hawkins, IN. 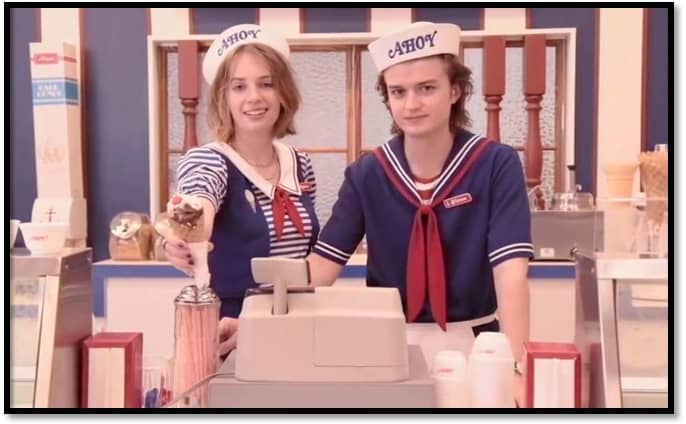 While the entire original Stranger Things cast is returning, the Hollywood Reporter said that some newcomers include Maya Hawke as “a woman on a collision course with a dark secret in Hawkins.” Jake Busey plays “a Hawkins Post journalist with questionable morals,” and Cary Elwes “is playing Mayor Kline, described as a slick and sleazy politician.” For an added bonus, co-creator Matt Duffer reportedly mentioned Season 3 might include the return of Kali, Eleven’s older “sister” who also has her own powers.

So basically, we know quite a bit, without knowing much at all.

Which is why it was an unexpected treat that to celebrate the holiday season while making sure we don’t forget about the show before it returns, Netflix just got all the kids back together for a fun little video wherein Millie, Finn, Noah, Caleb, Gaten and Sadie join forces to wrap gifts for the show’s biggest fans. The result is the coolest, cool-kid club of all time, that you wish you were part of.

While this doesn’t do much to hold us over until Season 3, it does remind us we have a lot to look forward to.