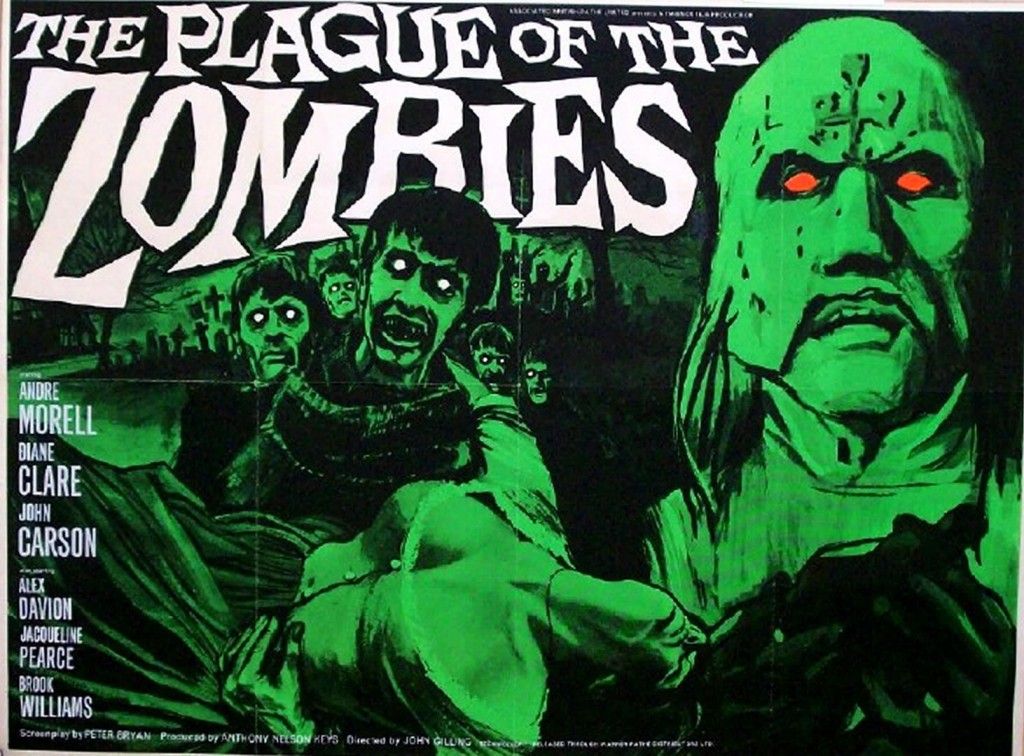 This was two years before George Romero’s reinvention of zombies as carnivorous, infectious hordes in Night of the Living Dead. Hammer’s story uses the traditional Haitian folklore figure, a corpse reanimated through voodoo ceremonial magic. This type of zombie had been seen in movies occasionally before (White Zombie, I Walked With a Zombie) and rarely since (The Serpent and the Rainbow). There are racial aspects to the voodoo zombie that makes it tricky and sometimes uncomfortable to work with in contemporary movies, so it’s thin pop culture presence makes sense. Hammer came up with one of the best approaches: lift the zombie from the West Indies and drop it into nineteenth-century Cornwall to make a statement about colonialism and the evils of Victorian industrialism/capitalism. It’s a great subtext double-punch, and the film on top of it is good Gothic horror times with André Morell as one of the best substitute Peter Cushings ever to bring Victorian rationalism up against the forces of evil.

Morell plays Sir James Forbes, a doctor who receives a desperate request from a younger acquaintance, Dr. Peter Thompson (Brook Williams), about a strange fatal illness affecting the Cornish town where he lives. Forbes goes to investigate along with his daughter Sylvia (Diane Clare), who is friends with Thompson’s wife, Alice (Jacqueline Pearce). Although Forbes’s investigation into the source of the illness and the secrets behind it unfolds as a mystery, the movie doesn’t disguise for a moment who the evil mastermind is: Squire Clive Hamilton (John Carson), the man who holds a feudal grip on the town. The film’s first scene shows the squire conducting a voodoo ritual. He’s disguised with a mask, but his next scene blows his cover by starting on a close-up of the prominent voodoo symbol ring on his finger. 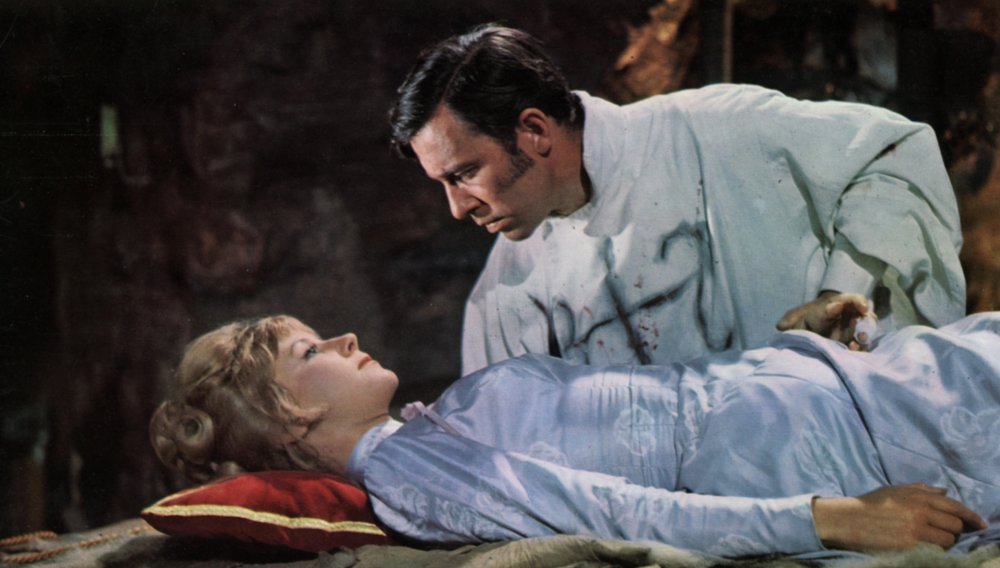 As Forbes discovers — although too late to save poor Alice Thompson from the black magical illness — Squire Hamilton has brought back voodoo practices from his time in the West Indies and is using them to turn villagers into a slave force to work his family’s old tin mines. It’s not the most efficient plan. The process of making a zombie requires immense time investment and managerial oversight on the squire’s part, and the zombies need the personal supervision of Hamilton’s retinue of young aristocratic followers. Hamilton could’ve simply improved mine safety and offered better wages to the locals and gotten better results. But then we wouldn’t get the fantastic metaphors about class, capital, and British imperialism, nor would we get such wonderful zombies brought to life on screen. The lengths Hamilton is willing to go to humiliate and enslave the locals does make him an even better upper class dick, and actor John Carson conveys the smarmy pomposity to put this over.

The zombies are genuinely ghastly. They aren’t yet the famous Romero flesh-eating zombies, but in appearance they’re already close to the modern zombie concept of decayed, shuffling corpses. During the finale, a few of the stunt actors can be spotted wearing awful masks, but otherwise the makeup is a nice chunk of nightmare: ashy, peeling skin and almost all-white eyes. The first time a zombie appears, when Sylvia Forbes spots one holding onto Alice’s body, it’s a startling image that has become closely identified with Hammer’s style. It’s no surprise this rotting look, much different from previous zombies, became the future standard.

Hammer historians have pointed out plot similarities between The Plague of the Zombies and Dracula, with versions of Dr. Van Helsing, Mina, Lucy, and Holmwood, and a hypnotic villain who takes blood from his victims to change them into the undead after a period of illness. The most striking parallel is the scene where Forbes and Thompson witness Alice rising from her grave for the first time as a zombie, which is identical to Van Helsing and Holmwood encountering the vampiric Lucy in Dracula. It’s one of Hammer’s finest pure horror scenes, and it’s immediately followed with one almost as good: Thompson’s hallucination of the graves vomiting out their rotting dead. As the ambling corpses slowly tighten around Thompson in dutch angles, you can see the future of the zombie film taking form. It’s only a short leap from this to the flesh-eating hordes we know today. 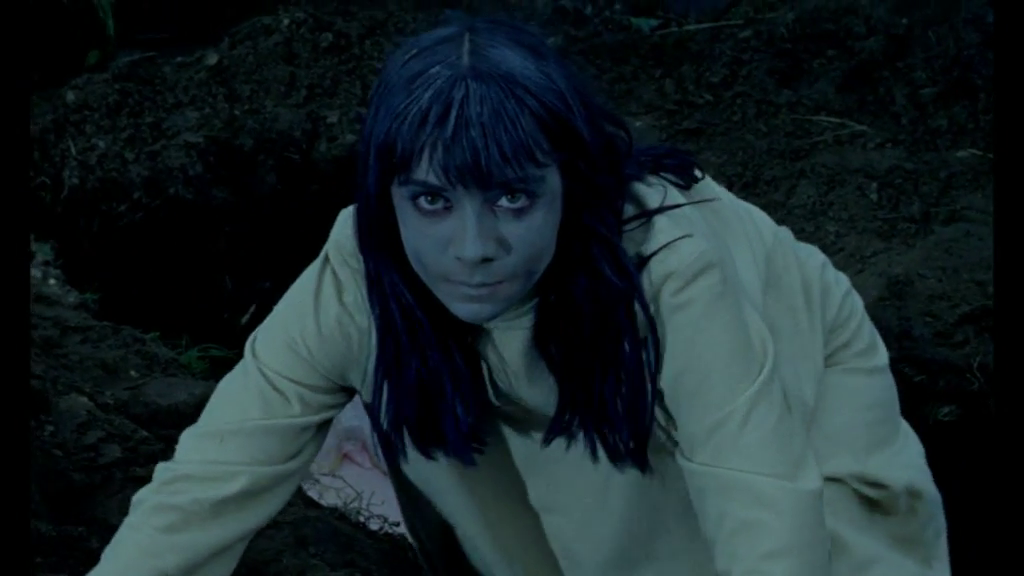 Although The Plague of the Zombies has the complex qualities and vivid direction associated with Hammer’s most famous horror director, Terence Fisher, the man behind the camera is John Gilling. Gilling had previously directed four films for Hammer and scored a major hit for the studio with The Pirates of Blood River (1962), which was released in the UK on a double bill with Harryhausen’s Mysterious Island. Gilling shot The Plague of the Zombies back-to-back with another Cornwall-set horror, The Reptile, using the same sets.

“I agreed to undertake the job on the condition that I had full control of the scripts, which I re-wrote more or less as I went along,” Gilling said in an interview. He battled producer Tony Hinds over the script for The Plague of the Zombies, which Hinds had rewritten (under his John Elder pseudonym) from a treatment by Peter Bryan. Gilling thought the Hinds/Edler version was “awful”:

We fought bitterly over the text and eventually I decided to bide my time and do a complete re-write while Mr. Elder disappeared to the South of France for a Yachting holiday. When he got back, I was already shooting — my version of course! He hated this, as he didn’t even recognise some of the scenes I had put in the can! … Like Jimmy Sangster, Hinds had no feeling for dialogue at all.

Although Gilling provides forceful direction, André Morrell’s performance as Sir James Forbes is where The Plague of the Zombies nudges ahead of most of its Hammer brethren of the day. Morell was an experienced British actor who possessed one of those magical voices that lends weight to even banal dialogue. By 1966, he’d amassed a deep list of credits on stage, screen, and television. He starred as Professor Bernard Quatermass in the TV serial Quatermass and the Pit in 1958–9 and had played a major part for Hammer in The Hound of the Baskervilles (1959), where he was Watson opposite Peter Cushing’s Holmes. Morell brings his own spin to the rational Victorian horror hero. It’s marvelous watching him play Forbes’s stuffy disdain toward most people around him for comedy, yet without sacrificing the moral high ground. “I find all kinds of witchcraft slightly nauseating and this I find absolutely disgusting,” Forbes says with the appropriate professorial scorn, but also the righteous force that explains he’s going to damn well do something about this case of witchcraft. It’s a dash of Van Helsing and Sherlock Holmes without being a copy of either. This is one of the few times where I’m glad the studio didn’t go with Peter Cushing for the lead, even though it was a part suited to his talents. 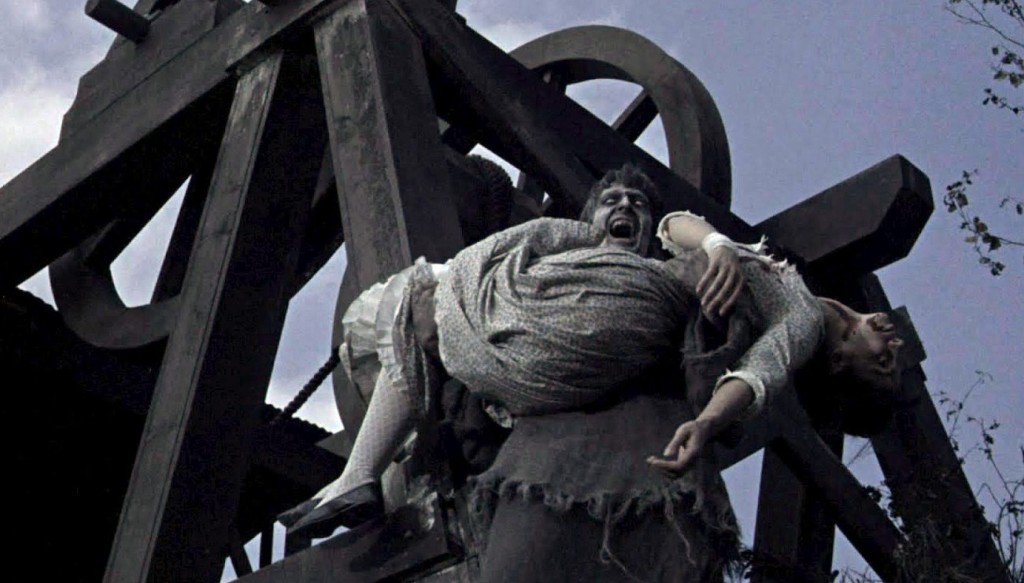 Morell apparently didn’t believe actress Diane Clare was up to playing the female lead, but I think she’s a delight playing across from him as Forbes’s chipper daughter Sylvia. They have a nice tit-for-tat relationship as she cheerily deals with his general grumpiness. She shows dramatic skills in a scene where Squire Hamilton’s young bloods aggressively handle her in the manor house. For a non-horror moment in a horror film, it’s tense and uncomfortable.

A word about Michael Ripper, who plays Sergeant Swift, to close out this Hammer October. Ripper has the record for appearing in more Hammer films than any other actor, with over two dozen credits, including two films I looked at this month, The Phantom of the Opera and The Man Who Could Cheat Death. He was never a lead, but was a dependable utility player who could be counted on to add something special to small parts like tavern keepers, coach drivers, bobbies, and criminals. The Plague of the Zombies has one of his more substantial roles as the local constable who turns out to be far more helpful to the heroes than the police usually are. Ripper may have never headlined, but he became a special sort of good-luck charm for Hammer in film after film. It makes me smile to imagine Michael Ripper just lived at Bray Studios and walked down every morning to ask, “So, is it to be a pickpocket or bartender today, lads?”

As previously stated, The Plague of the Zombies is coming to Blu-ray in North America in January from Shout! Factory. Now … where in the world is my Quatermass and the Pit Blu-ray?

As a child of the sixties who watched Hammer films in the early 70s, this particular film resonates. There was a programme which showed clips from movies and explored particular themes – a particular movie star, a particular genre – as well as interviews and reviews. Michael Parkinson – a big name in British TV but maybe not known in the States – used to host it. I recall watching the zombies struggling out of the graves, in black and white. It was an image that I will never forget. Later, I was able to watch the whole film, in colour. I think it is may favourite Hammer film. I read somewhere that it was a great favourite in the Soviet bloc because it was some kind of allegory about worker exploitation! Michael Ripper had a good career in the 70s, following his Hammer years, first on children’s TV and then in a very popular sitcom called “Butterflies”. However, I don’t think that these were his glory days. Sorry – this is a rambling post. It is 21.55 in England and I am tired!!!

It’ll be shown this Halloween on TCM.