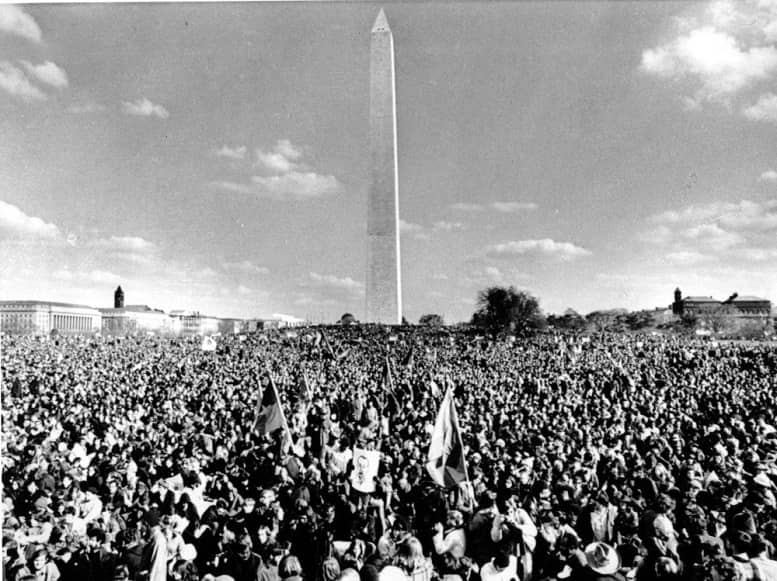 For the initial round of the quatro-decadal review, I read and reviewed six periodicals, in the following order:

All of the magazines had fiction and review sections, but not all had artwork, editorials, or letter sections or science articles. A table is called for!

The rankings of what I liked would probably be:

James Tiptree and Robert Silverberg are both going great guns in November 1969, with stories in two magazines apiece; and Silverberg gets into four more issues of Galaxy before wrapping up Downward to Earth. 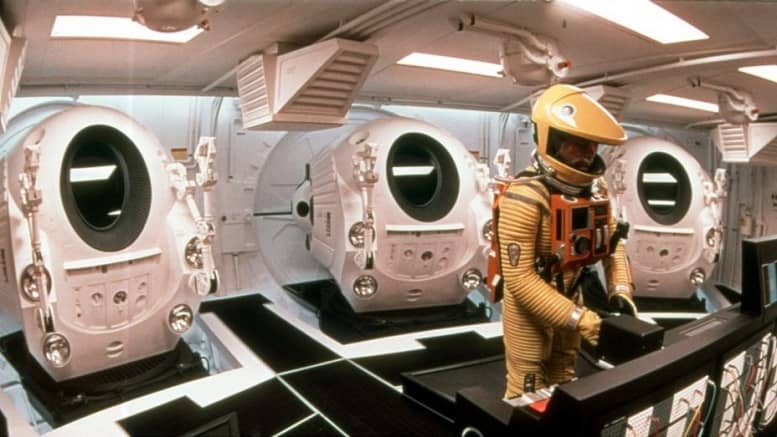 I can’t help getting the feeling that there is a little quid-quo-pro going on, as there is a lot of overlap with writers of non-fiction in one magazine getting fiction published in other magazines (and I didn’t research what authors may have been pen-names, so there could even be other overlaps). Not that this particularly unexpected, or even a bad thing. What I did notice was that: 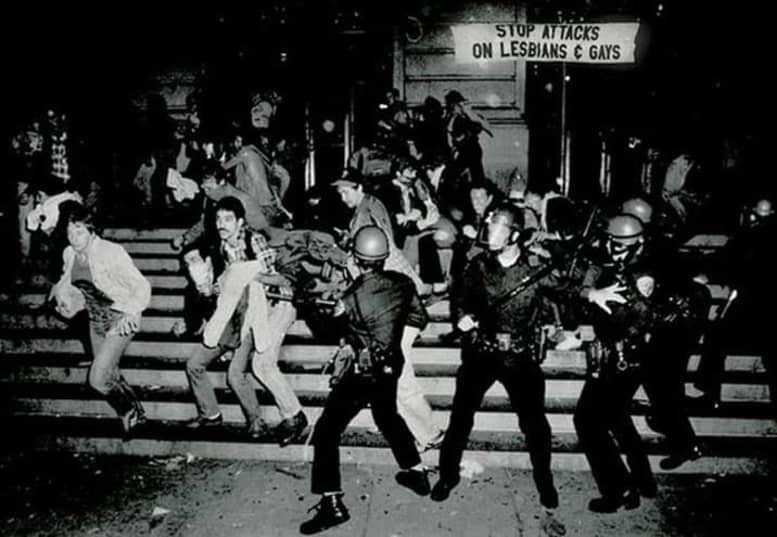 As I noted in a couple of the reviews, reality seems to be catching up to science fiction in a lot of ways — in 1969 alone you had the U.S. Space program and the Moon landing, the invention of the microprocessor, the first automated teller machines, eye transplant operations, and the Concorde and Boeing 747 Jumbo Jets. 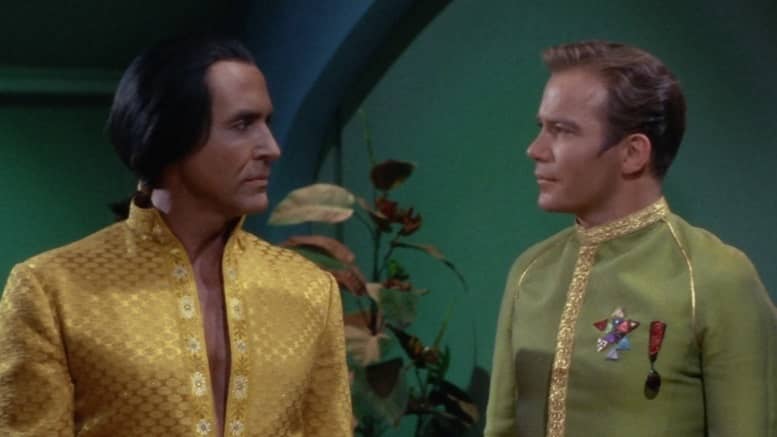 Also, other entertainment forms are also elbowing in on SF’s traditional territory — good movies, for example (2001: A Space Odyssey being the main one). There was a bit of a book-to-movie thing with The Illustrated Man, based on stories by Ray Bradbury. There was good T.V. (Star Trek, which also ended its run in July of that year, and Twilight Zone, which ended in 1964 but was — and is — still holding its own in reruns), and there are these Johnnies-come-lately like this flash-in-the-pan Michael Crichton who are skipping the magazines entirely and writing sci-fi novels. There is also a growing number of SF novels that did not come up through the magazines (John Brunner’s Stand on Zanzibar, published in 1968, is a good example). 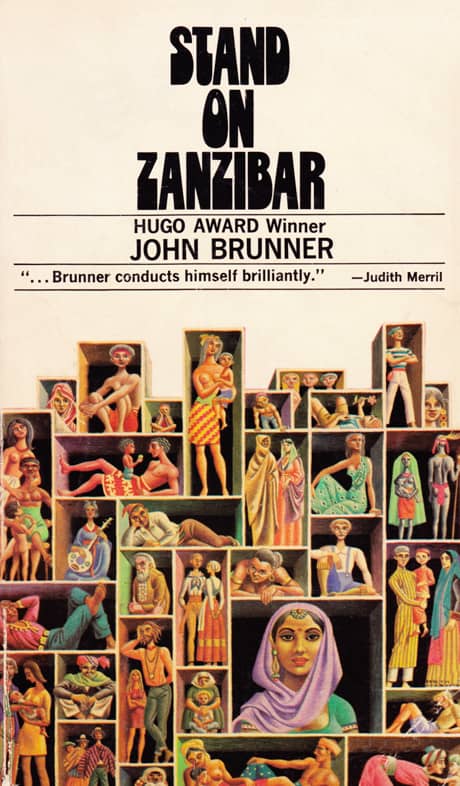 It appears that one sector that the short magazines were not getting pressure from was from radio. There were a lot of SF radio shows in the late 50s (Exploring Tomorrow, X-Minus One, Dimension X), but there doesn’t appear to be much radio SF going on in the 60s. On the other hand, the majority of the radio stories in those three programs actually came out of the SF magazines. So… maybe the lack of new radio shows was not a good thing.

There is a very famous quote by William Gibson that the “Future has arrived, it just not evenly distributed yet,” and that seems to be very fitting for the late 60s. The future is really starting to arrive. But it isn’t all rockets and computers and engineering marvels — the future includes changes in society and societies, and the relationship of societies to the one (1) planet on which they live. 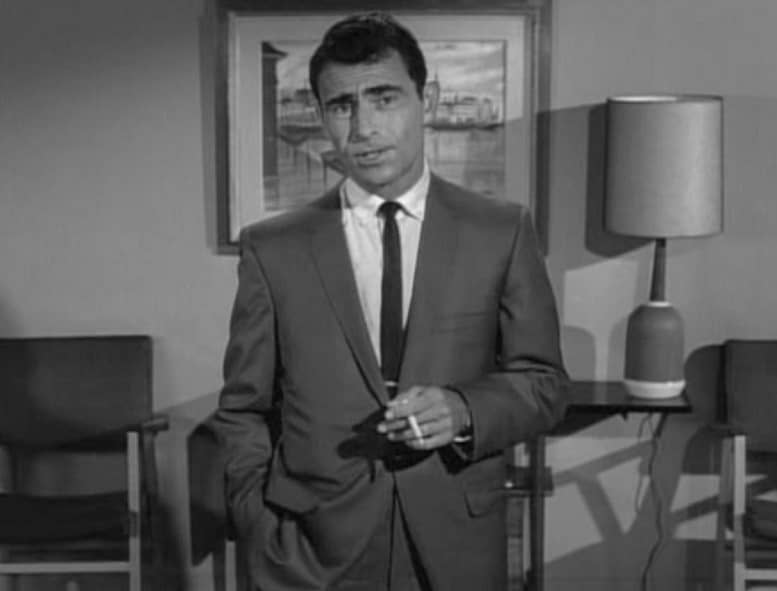 There are massive cultural and political shifts going on at this time. And while 1969 was a crazy year — The Vietnam war, the demonstrations against the Vietnam war, Civil Rights, the Stonewall Riots, Environmentalism, Feminism! With all that going on, 1968 was, in many ways, far weirder — in fact Smithsonian Magazine had an entire run on it, “1968 the Year that Shattered America.”

The decade of the 1960s was coming to an end and all the changes of that decade seemed to be adding up and growing, the rate of change seemed to be increasing as the decade came to a close. And SF had to compete with all of that, which it seems to do pretty well. 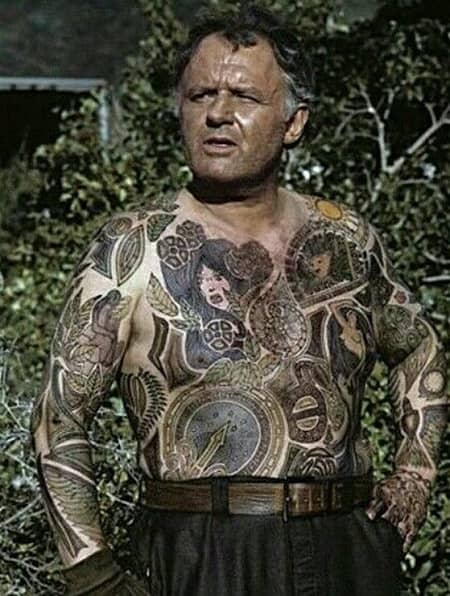 Rod Steiger as The Illustrated Man

But this is only round one, and SF magazines will find themselves pressed in from all sides soon enough.

Adrian Simmons is an editor for Heroic Fantasy Quarterly. His last review for us was the November 1969 issue of Venture Science Fiction.