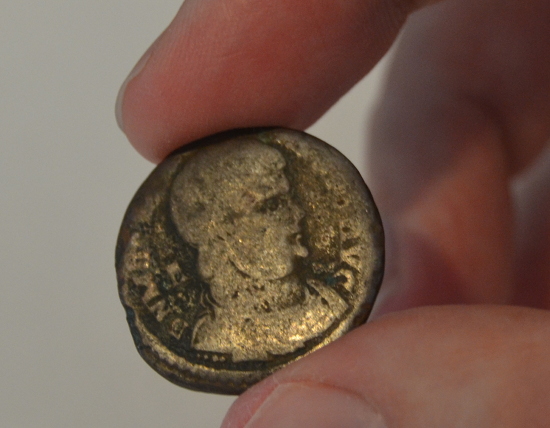 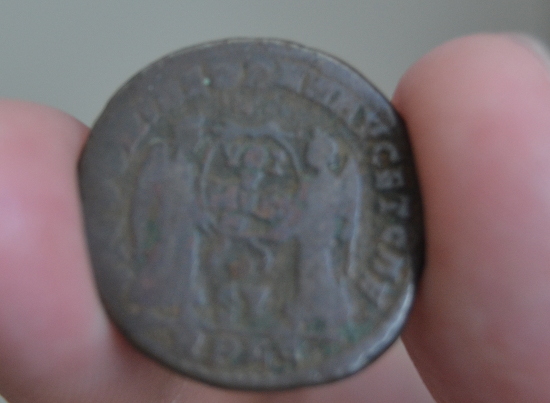 Magnentius was a pagan general of German descent in the chaotic 4th century. Like many prominent generals in this era, he had himself proclaimed emperor by his troops at Augustodunum (modern Autun, France). He had the ruler of the Western Roman Empire, Constans, assassinated in 350. Later that year he killed Nepotianus, who had declared himself emperor at Rome. Nepotianus had muscled his way into the city with a group of gladiators but only got to rule for 28 days before Magnentius took care of him.

Magnentius showed his pagan roots by revoking laws by the emperor Constantine banning pagan sacrifices. This put him in good graces with the traditionalists in the Senate but put him at odds with Constantius II, the Christian emperor of the Eastern Roman Empire, who was probably also upset at the death of his brother Constans. Being a Roman emperor, it is far from certain that he mourned his brother’s loss.

Constantius gathered an army and after defeating Magnentius at the Battle of Mursa, he invaded Italy. Magnentius retreated to Gaul and, seeing all hope was lost, committed suicide.

So about the coin itself. The writing to the left of the head is D(ominus) N(oster) MA(gnentius). To the front of his chin you can see the remnants of an AUG(ustus). On the reverse, it has two winged victories holding a wreath containing VOT V MULT X. This is rather vague but appears to be how many years he swore he would be in power. Around the edge the legend reads VICTORIAE DD NN AUG ET CAE. That roughly translates as “Victory to our lord Augustus and Caesar.” Underneath is RPLG, which means the coin was minted in Lyons. LG is Lugdunum, the Roman name for Lyons. The numismatist didn’t know what RP stood for.

You can see pictures of some much better preserved Magnentius coins here.

While I have no plans for writing a novel set in Rome, something about carrying a 1,700 year-old coin in my wallet really fires up my inspiration. It’s also a lot of fun to pull out at parties.