From the amount of feedback I received, I found out last week that I’m far from alone in my fearful appreciation of gigantic monstrosities as horror movie fodder. From sharks to grizzly bears (the 70’s even gifted us with The Giant Spider Invasion in 1975) we all seem to agree that if there’s going to be a freak of nature involved, why not go ahead and supersize it?

In fact, one of my favorite “too big to be allowed” monsters was glimpsed far too briefly in the movie Cloverfield (2008), and it is about this that I have news.

If you recall, Cloverfield ended with an impossibly huge something, laying waste to New York city and then having a nuke dropped on it effectively wiping out Manhattan. Eight years later, via the pseudo-sequel 10 Cloverfield Lane (2016), we found out that the nuke didn’t solve the problem and the earth was essentially overrun – or at least the part of it we saw in the film.

We’ve known for a while that a Cloverfield 3 is coming in 2018, but unlike the previous, super-secret entries in the franchise, we have some serious plot details before the trailer drops. The original, standalone “found footage” movie was produced by J.J. Abrams’ Bad Robot and the plot was hidden behind a guerilla marketing campaign right up to the day it opened. Then in early 2016 the announcement trailer for 10 Cloverfield Lane dropped mere weeks before it arrived in theaters, but made it virtually impossible to say whether or not it was truly connected to the original film.

This time things are a bit different.

Formerly known as God Particle (but no longer) we still don’t have an official title of the latest installment, but so far seems destined to be called Cloverfield 3, directed by Julius Onah and based on a screenplay by Oren Uziel and Doug Jung, and still under the Bad Robot umbrella. But unlike to the two previous films, we do know the general premise:

After a scientific experiment aboard the space station involving a particle accelerator has unexpected results, the astronauts find themselves isolated. Following their horrible discovery, the space station crew must fight for survival.

We also know, or can at least guess, that there is a tie in to the previous two films. Maybe we’ll find out where the monsters came from or how they got to earth. No one is saying whether or not this is a prequel, but it seems like a solid possibility.

We also know that as of this week, Paramount Pictures announced that they have bumped the Cloverfield film out of its February slot and moved it to April 20, pitting it against New Line Cinema’s 1980’s video game inspired Rampage featuring (guess what?) a too-big-to-be-allowed gorilla. 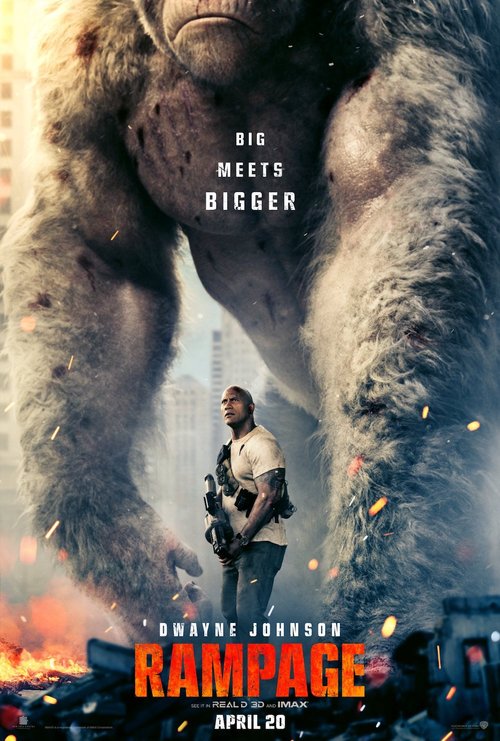 Kids, time to change your majors to CGI engineers…

Have a question or comment? Post it here or drop a line to sue@blackgate.com and Happy New Year.

I liked the first—the most unbelievable part is not the monster, but the group walking up 40-some flights of stairs and not even being out of breath…I’m wheezing after about three.

And I really liked the second. But everything I’ve heard about the third places it exactly in the area that inspires intense interest in me.

AS – I’ll keep an eye on this one for you. I’ve liked the first two but my only fear is this one will feel like “Aliens Lite”…

I continue in my efforts to construct a timeline that encompasses The Host, Cloverfield, Monsters and Pacific Rim.

And I’m definitely interested in the new film after enjoying the first two.