Between lotteries and televised poker tournaments, horse racing and casinos, games of chance play a large part on the world’s stage. It should come as no surprise that they play an equality large part in fiction, and perhaps in genre fiction in particular. As writers, aren’t we always looking for something for our characters to do while they’re talking to each other? Preferably something that also reveals character, and is interesting in itself?

I’m not talking about giving a character a gambling addiction – that’s deeper than I mean to go. I’m referring to the game of chance as literary or narrative device.  It can provide characters with motive (win money to achieve purpose, defeat opponent); provide an opportunity (meet someone); and the winning or losing of these games can be the cause of a number of interesting effects. Games like poker or a bridge can be a microcosm of the world of the novel and they reveal the characters of the players in a way that very few other activities can.

Of course any movie or TV series set in Las Vegas, or Montecarlo, is going to involve gambling or casinos as part of the backdrop. But when it comes to characters, the one who comes to mind first is James Bond. In the novels, and in many of the films, Bond is generally playing baccarat. In the most recent film version of Casino Royale the game itself (poker in this case) is the central pillar of the plot, but it’s a rare Bond film that doesn’t have him in a casino somewhere. Since he’s often playing against one of the villains of the piece, the way they play the game reveals aspects of both their characters; sense of fair play, stoicism, nerve, and if they lose – or win – gracefully.

By the way, in the novel Casino Royale, Bond is playing chemin de fer, a variant of baccarat, not poker.

A film like The Sting gives us a number of variations on the game of chance.  Not everyone would consider a con to be a game of chance, though the con artist might see it differently. In this case, the  titular sting involves gambling on a horse race, but the con artists use a poker game to set up the bad guy in the first place.

But what about the horse race they trick the villain into betting on? Some people don’t think of gambling on a horse race as a game of chance – and buying a lottery ticket even less so. Setting aside the notion that the participant is always “taking a chance” there’s a limit to the usefulness of this type of gambling as a narrative device. In a con game setting, naturally, the whole plot and the characters of the participants is informed by the con. The who, the what, the why, and definitely the how depend on the con game itself. But in the case of straightforward betting, whether on horseracing, boxing, cockfighting, etc, it’s not so much how the game is played as it is why the characters are playing, and what happens after they win or lose.

It’s not where you bought your winning lottery ticket, it’s what you do with the money.

The exception to this is the way betting is used in the novels of someone like Dick Francis, where betting on horses forms so much of the setting of the horse-racing world he so often uses. Often aspects of his plots hinge on characters winning, or losing large bets, or on what owners, trainers or jockeys will do to make sure one or the other happens. 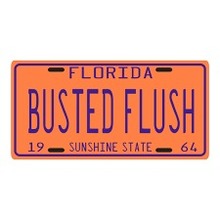 While you rarely see Travis McGee playing poker in any John D. MacDonald novel, the presence of the game is subtle, but constant. In almost every novel McGee mentions that his houseboat, The Busted Flush, was won in a poker game, and named after the bluff that led to the win. So maybe a bit of a con as well. McGee is not the only character, by the way, to suggest that poker is a game of skill and wits, rather than a game of chance.

What immediately comes to mind when I think about games of chance in Fantasy and SF (primarily because it’s my husband’s favourite short story) is Fritz Leiber’s novelette, “Gonna Roll the Bones,” which first appeared in Harlan Ellison’s Dangerous Visions. Here the main character plays craps with Death. Part of what I find significant about this is the choice of the game of craps itself. Poker, bridge, baccarat, even roulette, seem to have the connotation of class and elegance, while craps, however elegant the setting might be, is a working-man’s game. 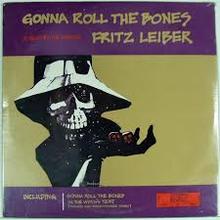 A last thought on con artists: we might argue that there’s no real game, they’re just cheating, but then, that’s the chance you take.

Have to admit: Although I liked almost everything about Casino Royale, the fact that they changed the game to poker really rubbed me the wrong way.

To Thomas: I can’t believe I forgot Maverick, one of my favourite shows when I was allowed to stay up and watch it. I just barely remember Bat Masterson, and I think he was a card player as well, though not a pro.
When you think about it, the western is probably the genre where games of chance occur most.

To Joe: I have a friend who’s a real Bond nut, knows all the books, movies, artwork, pastiches, etc. better than anyone else I know, especially me. When I first saw Casino Royale I asked my husband whether Bond had ever played poker in any other movie, and he said “Let’s ask Steve.” Now, I can’t watch the film without being aware that it’s the wrong game.
Apparently, Texas Hold’em was massively popular at the time of the film, so the producers went with that; a stupid reason in my opinion.

In a really feeble defense of Casino Royale, I’ll admit that poker is probably a lot easier for the audience (myself included) to follow than baccarat, and it let them set up that wildly improbable set of hands at the end of the game.

But it still felt about two steps removed from giving Bond a giant foam novelty cowboy hat and an air horn.

Joe, the giant foam novelty cowboy hat and air horn were in Quantum of Solace.

Joe: audience familiarity with the game was the reason they actually gave for using poker instead of baccarat. They felt it would make the game more accessible.

Thomas: I don’t remember a cowboy hat at all, so I guess I’ll have to watch the film again.

Just take my word for it, Violette. Inducing someone to watch Quantum of Solace again is not something I would want on my conscience.