Much has been said about technology and the changes it brings with respect to our day-to-day world. It’s even been said that SF is the literature of change, exploring how evolution in technology, in scientific knowledge, in philosophical and political thought might, could, or does, affect our lives.

Changes in technology screw with one particular aspect of our lives that touches us all here at Black Gate very closely. They change what writers can and can’t write.1  If what you’re working on has anything to do with the present day world as we know it, every cell phone update can screw with your manuscript.

This is a kind of double-reverse example, but consider Larry Niven’s short story, “The Alibi Machine,” which essentially explores what would happen to crime and crime detection if instantaneous matter transfer was invented. If you could literally be anywhere, anytime in a matter of moments, how could you establish an alibi? How would the police eliminate you as a suspect? 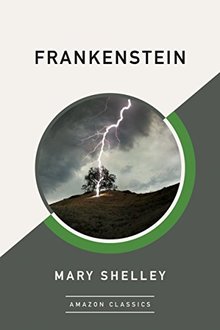 Have you any idea how many detective/crime/mystery novels involve establishing or breaking an alibi? If the jumpbooth of Niven’s story actually existed, all of those writers would have to find some other way to answer  the question “did the suspect have opportunity?” because the answer would pretty well always be “yes.” These fiction writers aren’t trying to solve a real world crime, but they will have to solve the mystery of how they can make their story work, considering this new advancement in technology.

Of course, Niven had to solve that problem himself, in his own story. See what I mean about double-reverse?

How would a modern day Mary Shelley write Frankenstein?

If your character can be tracked by the GPS in her phone, how does she remain hidden? If she turns off her phone, how can she stay in contact with her friends? Have you tried to find a pay phone lately? Does it take your ATM card?

Oh yeah, ATM cards. And the cameras on the bank machines.

If your readers ever say to themselves, “wait a minute, why didn’t they just call;/text the police with this information instead of getting kidnapped on the way? Google it instead of spending the morning in a library? Pay with their debit card?” Unless you’re writing a novel set in a pre-WW2, you’re going to have to deal with these trope destroyers.

Hmm. Which might explain the current popularity of the Victorian era as a setting.

In the present world we’ve already had to deal with books and movies being out of date because of too many changes in the real world. What year was Blade Runner set in?

Hmm, which might explain why there’s so much Fantasy being written.

1 They also change how writers write, but that’s a whole different post. Typewriters anyone?

Isn’t that the challenge in writing science fiction?

But – and this is what it has always been – human stories. Oh, early on and even today some stories based around speculation about upcoming effects technology has or rather will have on mankind and society – often becoming embarrassingly or amusingly dated. But, by far most science fiction stories are human stories.

Another irony is that few Science Fiction writers had any extensive training in science or technology. Most were just people hacking out words to try to make the rent and a few found a profession at it. Some of the best exceptions – Arthur C. Clarke and Issac Asimov – well they made plenty of wrong assumptions too. The former thought telepathy was soon to be a real recognized by science phenomena and that mars had no advanced intelligent life but trees. The latter wrote a science fiction story predicting man would not be able to climb Mt Everest – it was published and popular – 6 months after people had done it… But neither discredited them as scientists or storytellers. By contrast H.G. Wells who was mocked for his lack of real advanced scientific knowledge by Jules Verne fans predicted stuff like Netflix. (a footnote in “When the Sleeper Wakes”)

I blame the lack of new, good science fiction and bend towards fantasy and steampunk more on modern publishing and the bloated blob monster that used to be the “new wave”. We have a bunch of modern nihilism that probably gets an allergic reaction to any attempt to submit a cool classic “Planetary Romance” or “Space Opera”.

There also might be an economic factor; part of why (conspiracy theory) the space race ended and NASA has a shadow of its former budget. Rich elites wanting tax breaks. If intelligent life was found, even life on a nearby planet of any sort there would be an overwhelming demand for expanded space research to contact and visit that. Where has NASA’s budget since the space race gone? To tax breaks to the rich elite. Especially “Star Wars”… $3 billion here and there to elite contractors who maybe spent $3 million here and there on a team of scientists making plans for useless doomsday weapons.

The solution is simply:

1 – Indie publishing – who needs “Big Publishers”
2 – Good stories – I like good stories, not ‘this is an exciting new novel by…’
3 – Spacepunk – make good stories set in a halfway plausible science fiction universe. (to the reader, as told by the author)

Frankly to have today’s tech quickly create a “Scifi universe” society in a century or so you’d need only one major thing we don’t have today; Gravity Manipulation.

With Gravity manipulation we could have air cars, space elevators, cheap and commonplace rocket launches and yes interstellar travel via ‘hyperspace warps’ – we already have or clearly will have the rest of the tech in various science fiction. This would create rapid space exploration and expansion as governments and business rapidly travelled outwards to gain territory and find more resources. Mercury for instance – in a cheap space travel universe it’d be heaven for miners – you could dig in ways you’d only dare in Minecraft on earth due to low gravity and if you dug deep you’d probably find incredible materials – especially if its as I suspect a “Chthonic” world.

I’m doing fantasy right now, a fantasy set in a historical setting and an ‘age undreamed of’ sword and sorcery. I do have a science fiction universe planned – kind of -as the term might well being coined ‘spacepunk’ though I hate the -Punk everything. But my issue is to make a future that looks on the surface like 50s and earlier science fiction/popular mechanics covers – and the challenge is to deliver that along with a good story.