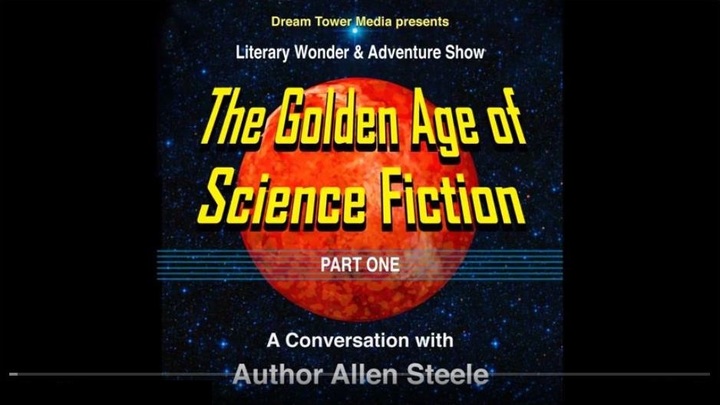 New podcast on the block Literary Wonder & Adventure Show is a welcome addition for fans of the fantasy and science fiction genres. I became a listener after stumbling upon Robert E. Howard: Master of Sword & Sorcery, featuring an interview with Black Gate contributor and author Howard Andrew Jones. Host Robert Zoltan has created a fun program that balances entertainment and informative, thoughtful interviews with interesting guests, as well as the occasional audio drama.

The Literary Wonder & Adventure Show is not a simple interview format with the standard bumper music typical of most podcasts, but a spin on Doctor Who with a time and space travelling stone tower. It has an air of nostalgia as if one were listening to an old-time radio broadcast, and incorporates some extensive production including sound effects and Zoltan’s dramatized voice work. If at first you find the experience slightly unexpected and jarring (as I did) I recommend giving at least one full episode a shot, as you quickly get used to the playful format and the amusing intrusions of Edgar the Raven, as skillfully voiced by Zoltan (who somehow manages to carry on a conversation with himself)!

Latest show The Golden Age of Science Fiction, Part 1: A Conversation with Author Allen Steele again delivers more of the show’s trademark depth and thoughtful, deep interviewing. At an hour and 17 minutes it’s the type of podcast I enjoy, with the necessary length to get beyond the surface-level questions and into interesting biographical and historical details, and questions of genre.

Steele is a science-fiction writer and winner of the Hugo, Locus, and Robert Heinlein awards. I discovered that he lives in my home state of Massachusetts, albeit out in the western half, which is in some respects an entirely different country from the North Shore region in which I live. Steele is not just an author but has a deep, longstanding interest and breadth of knowledge of the history of science fiction, particularly the pulp era of the 1930s and 40s. Steele argues that science fiction was born in the pulps, not (as is commonly believed) out of early works of popular literature such as Mary Shelley’s Frankenstein and Jules Verne’s Journey to the Center of the Earth. These early works were the warmup, Steele claims; the real launch of the genre began with the debut of Hugo Gernsback’s Amazing Stories in 1926. Amazing Stories and its ilk established many science fiction’s now taken for granted tropes, including first contact, space travel, and alternate history. 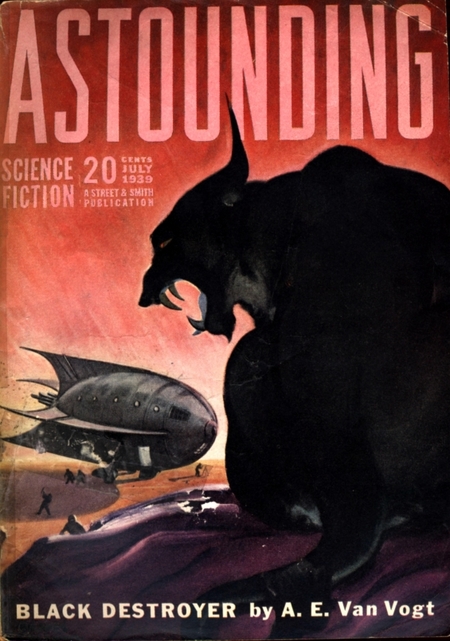 Steele pinpoints the height of the Golden Age of science fiction to a specific year and month: The July 1939 issue of Astounding Stories, which in one issue placed stories by AE Van Vogt, Isaac Asimov, Robert Heinlein and others. He also gives an interesting history of the pulp genre, including its rise (out of prohibition and bootlegging) and fall due to the rise of the mass-market paperback.

The episode is not just an examination of science fiction’s early days, formation, and rise to prominence, but also a discussion on the limitations of genre and the necessity for authors to read outside their chosen genre. Zoltan adds his own opinions on the subject and applies the same principles to the sword and sorcery genre, whose best authors (Robert E. Howard and Fritz Leiber) were arguably superior to their peers because their reading interests ranged far afield of sword and sorcery and weird fiction. Steele shares some insight on what makes lasting literature (“a good science fiction story is not about the mechanics of the car, it’s about the car mechanic”), and why some stories even from the Golden Age of science fiction have been justifiably forgotten. Furthermore it’s studded with references to authors whom I have not read and in whom I now have my interest piqued.

I’m looking forward to part 2 due out any day now.

You can access the Literary Wonder & Adventure Show here

Brian Murphy was one of the earliest and most prolific bloggers for Black Gate. His last post for us was his report on the 2012 Howard Days.