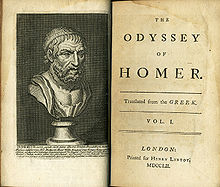 Last time out I talked about how the experience of reading has changed, from listening to the storytellers in the market square, to downloading a book onto your e-reader of choice. Publishing has also gone through some sea changes, though its practical history really only begins with Gutenberg. Before that, as I mentioned in the earlier post, there was more copying than publishing going on.

It wasn’t until professional printers were ubiquitous, however, that what we now think of as publishing really got started. Nowadays people tend to divide the publishing world into “traditional” publishing, with people like DAW, Ace, and Tor, etc. and “self-publishing” where you pay for your books to be printed, or for an e-book to be created (or do it yourself if you have the skills) or you take advantage of the kind of e-publishing that a business like Amazon offers. The point being that you take on all the risk and all the expense yourself. 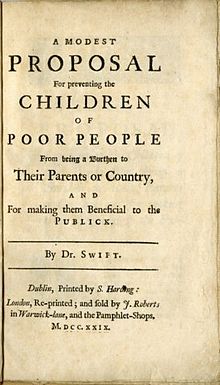 But there are other alternatives. We’ve all heard of, and most of us have participated in, crowd-funding campaigns like Kickstarter, Indiegogo, GoFundMe, and my personal favourite (the name anyway) Razoo. Instead of having to put up your own money – something most of us are in no position to do – you fundraise the necessary by asking friends and strangers to back your project, in this case, to publish your book. You are, in effect, taking pre-orders.

So this is so shiny and new, right? Wrong. Back in the 18th century, this was pretty much how every writer’s book got published, whether a novel like Robinson Crusoe or Gulliver’s Travels, or a mock epic poem like Alexander Pope’s Rape of the Lock, and even translations, like John Dryden’s of The Aeneid, or Pope’s of The Iliad and The Odyssey.

Of course they didn’t have the internet to contact potential supporters. You used the internet of the time, newspapers and daily publications like The Tatler, The Spectator or The Idler*. Or the printers (who printed the newspaper’s etc.) would put up signs advertising a proposed project, asking for “subscribers” who were basically pre-ordering their copy of the work in question. Just like we do now when we participate in crowd-funding – or when we pre-order a book from Amazon.

The difference is that Amazon knows the book is coming out, whereas the 18th-century printer only started producing when the subscription list was full, that is, when enough money had been raised for the printing/publishing to begin. Sometimes, as in the modern versions, the writing itself didn’t start until the money was raised. 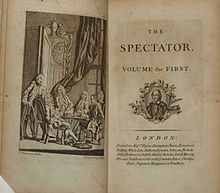 Even back then there were other ways to get your book published. Before, and during the 18th century, books might be published by a writer’s patron. Like the troubadours of old, a writer could be retained by a wealthy family to write poems, plays and stories for them. Often these would be published. In return, the writer would receive room and board, or perhaps a modestly paying position. Essentially the writer was supported by his patron, from whence we get the expression “patron of the arts.”

This still goes on, at least in Canada. We have something called the Canada Council for the Arts, which provides grants to both publishers and authors (among other artsy things). Individual provinces have their own institutions, like the Ontario Arts Council, that provide similar grants. What’s this but a form of patronage, with the taxpayers as the patrons? These grants aren’t easy to get – there are always more applicants than there are funds – but that’s writing all over, isn’t it? Some people complain that the councils are more likely to give grants to books that couldn’t get published in the ordinary way (ie. non-genre fiction) but I say good on them. Thousands of wonderful books would never have seen the light of day because some publisher crunched the numbers and didn’t like the answer. As a tax payer myself, I’m happy to patronise those writers. Hmm, that sounded better in my head.

Getting back to the 18th century, the printer would often take it upon himself to print extra copies of something that appeared popular, and sell them to people who hadn’t subscribed, but who had heard good things about the book, and now wanted a copy of their own. They might or might not share a part of these proceeds with the author, depending on what agreements had been made. And thus the “traditional” publishing business as we know it today began.

*The Spectator was a daily sheet of around 2500 words written by Joseph Addison and Richard Steele, who also had a hand in the other two similar publications mentioned. The modern day equivalent would be the daily updates from The New Yorker, or the Huffington Post you can receive on your device. The Spectator was the first publication to offer what we now think of as book reviews. They also “reviewed” classic works like Paradise Lost. This was literary criticism for the masses, and enabled people to talk about books at salons and tea parties without ever having read them. Which is not all that uncommon now, come to think of it.

I just read William Thackeray’s HENRY ESMOND (a great book) in which Richard Steele is a major character, and Joseph Addison a minor character. One plot point has Henry printing a mock edition of the SPECTATOR.

How was the money raised for things like the quarto printings of Shakespeare’s plays?

To Rich: I haven’t read that Thackery, I must find it! As for Shakespeare, I believe we’d be talking about a combination patronage/printer deal. That era is my major field of expertise, however, and I wouldn’t want to say for certain.

There is a site I belonged to back in the day called Literature Network Forums where literature lovers can discuss mostly the classics and they have a huge amount of material available read online including the book by Thackery mentioned above and more by him. It’s free and they divide the book up by a chapter at a time. My only complaint over the years of on and off reading (I read Tolstoy there) is that there is no NEXT button. Enjoy.

To Allard, Thanks for this information. I know a couple of other people who’ll appreciate it. When I was still in university it was easy to get all kinds of stuff from the library. Now? Not so much.

You’re welcome. I have bene using it (and Project Guttenberg) to work my way thru Baroness Orczy Scarlet Pimpernel novels and stories in written order-there were a bunch of them. Plaus about two years I finally broke down and read Crime and Punishment and Tolstoy’s War and Peace (overrated–some beautiful passages BUT he took on too much and spread himself thin). His real masterpiece to ee was Anna Karenian (tighter ploting, less characters to keep track of and the plot stayed focused). But that’s just me love Macbeth, want to slap Hamlet silly. Just saying.