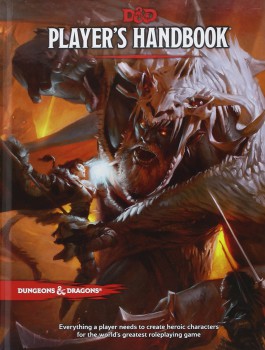 Mostly, those of us who are passionate about roleplaying games fell into the hobby in a fairly informal way. But as the hobby becomes more widespread, there have also become more formal ways of being introduced to the games. Conventions often have panels or gaming tracks that are specifically designed for introducing new gamers to either gaming in general or to a specific game system. I’ve even heard of college courses that include elements from roleplaying games as part of the curriculum.

An old high school friend of mine is doing his part, running a summer camp centered around Dungeons & Dragons 5th edition in Durham, NC. Unfortunately, he’s already completed the first of three weeks of the camp, but there are two remaining, so still plenty of time to get your kids involved if you live in the area. It runs from 11:00 am to 3:30 pm at the Dimensions Family School, with more information and registration available here.

In speaking with my friend, Brock, about what he had planned. He’s taught courses on Dungeons & Dragons at Dimensions Family Camp for 3 quarters now:

Each quarter I try something different. The first quarter was a multi-generational epic, where they played the same heroes, re-incarnated over and over, battling the same world-ending villain from the creation of the world until the climactic apocalype-averting battle at the end of class. The 2nd quarter was a world-hopping romp through the D&D settings, where they met all the most iconic heroes and villains from D&D history. The 3rd quarter was a “bottle episode”, where they spent almost the entire quarter in the same dungeon, over a period of only a few days, with a high body count and many tough ethical choices, rounded out with a grand finale involving the Deck of Many Things and the Tarrasque.

Brock promoted the idea of a summer camp because he didn’t want to wait until the fall to continue with exploring new options. With three weeks of camp time, he decided to make each week focused on a different aspect of the game. Week one was largely focused on worldbuilding. Week two focuses on designing the villain and plot. Week three brings it all together, as the players try to complete the quest that they’ve built. Each week will also take place in a different “Age” of the world, so there will be gaming throughout, as well as other gaming-related hobbies, to give a well-rounded experience for all the kids involved:

The First Age will be the creation of the pantheons, determining the cultures and stats of the main races, mapmaking and conlang fun. The Second Age will be the rise of the Villain, and I will have evolved the world they created in the First Age as I deem reasonable. By the Third Age, their heroes will be dealing with a foe who has had a millennia to adapt and change along with the world, so there will definitely be surprises. Part of my long-term goal is that this Dimensions Homebrew Setting will be the setting I use for next year’s quarters as well, and students will be encouraged to make art for this world. Many of the kids at Dimensions create their own costumes, drawings, and stories, and this will give them a shared setting that they will have a sense of ownership in.

They won’t just be designing in the early weeks, there will also be actual role-playing of course. First week they will probably be playing as demi-gods, claiming Domains as the world is settled. Second week they will be play-testing new monsters against heroes.

Part of the goal here is to balance traditional D&D adventuring with all the associated hobbies and fun common to gamers, like miniature painting, fanfiction, cosplay, etc. I expect that the world my students create will be very interesting, coming from a younger generation than me, with very different influences.

The only thing I don’t love about this whole endeavor is that I don’t live close enough to help with it (and to enroll my kids)! The previous quotes were from Brock explaining his plans before the class began, but as any general (or gamer or teacher) knows, no battle plan survives contact with the enemy (or PCs/GM or students). I reached out to him during the first week of class to find out how things were going in the worldbuilding week:

My kids are in the middle of playing the First Demigods, hunting for the Spark of Life, to bring all the Thinking Beings to life while the pantheon they created have long rests post-creation. Their brand new, almost empty world is facing an Intrusion from the Far Realm, as shoggoths and the Spiders of Leng try to take over and seize the Spark of Life for themselves. They are playing 20th level PCs, with 16 Epic Boons (because in first edition Immortals were 36th level), but they cannot play spellcasting classes, because magic hasn’t stabilized in their world yet.

They had a lot of fun designing the solar system (geocentric), working about ocean currents around their continents, determining likely trade routes, etc.

The best thing about tabletop gaming, in my opinion, is that it is not a passive experience, but demands active engagement from all participants to move things along, in a way that even most boardgames don’t. (Though that statement is, of course, changing with the blending of RPG and board games we’ve seen in recent years.) These kids are being given a crash course in what it takes to create a rich, vibrant world in which to create adventures and tell stories. I look forward to finding out more about how this adventure world develops.

And, again, if you’re in the Durham, NC, area, then you may want to check it out.

Does anyone know of similar camps or activities in other regions of the country? If so, drop us a comment and let us know. Thanks!

This sounds awesome, especially considering what a hard time I’m having finding a game… anyone have a favorite, effective player/game finder? I haven’t found squat on Enworld (NW Chicago suburbs…)
Mick