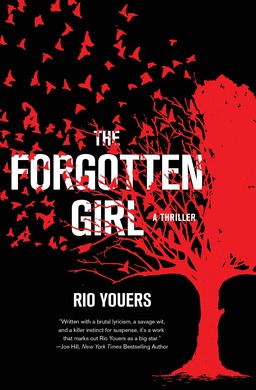 Rio Youers’ short fiction has been published in Postscripts, Northern Haunts, 21st Century Dead, End of the Road, Seize the Night: New Tales of Vampiric Terror, and other fine venues. James McGlothlin called “Outside Heavenly,” his contribution to Best Horror of the Year: Volume Seven, “By far my favorite tale… outstanding. It really made the hairs on the back of my neck stick up.”

Youers’ novels include Westlake Soul (2012), which Matthew David Surridge said has “a lot of heart” in his Black Gate review, and Point Hollow (2015). His latest is a dark mystery that Joe Hill calls “An absolute rocket… a supernatural thriller that thunders along at Mach 5 from the first page to the last. Written with a brutal lyricism, a savage wit, and a killer instinct for suspense.” It was published this week by St. Martin’s Press.

Harvey Anderson is a twenty-six-year-old street performer from New Jersey. He enjoys his peaceful life, but everything turns upside down when he is abducted and beaten by a group of nondescript thugs. Working for a sinister man known as “the spider,” these goons have spent nine years searching for Harvey’s girlfriend, Sally Starling. Now they think they know where she lives. And whom she loves.

There’s only one problem: Sally is gone and Harvey has no memory of her. Which makes no sense to him, until the spider explains that Sally has the unique ability to selectively erase a person’s memories ― an ability she has used to delete herself from Harvey’s mind.

But emotion runs deeper than memory, and Harvey realizes he still feels something for Sally. And so ― with the spider threatening ― he goes looking for a girl he loves but can’t remember… and encounters a danger that reaches beyond anything he could ever imagine.

Political corruption and manipulation. A serial killer’s dark secrets. An appetite for absolute, terrible power. For Harvey Anderson, finding the forgotten girl comes at quite a cost.

The Forgotten Girl was published by St. Martin’s Press on June 13, 2017. It is 343 pages, priced at $27.99 in hardcover and $14.99 for the digital edition. The cover was designed by Danielle Christopher. Read an excerpt at Criminal Element.

Good memory! I vaguely remember this story (i.e. that it was really good), but I completely forgot the name of this author. Thanks for keeping this author’s good work before the public.

I always remember your reviews James! 🙂