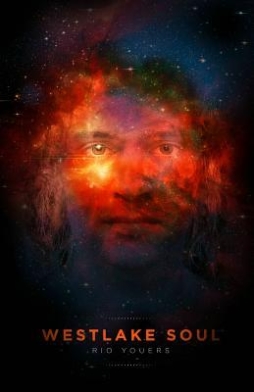 Westlake Soul is twenty-three, a good-natured surfing champion with a loving family, loving girlfriend, and loving dog. Then a terrible fall leaves him in a vegetative state, unresponsive to the outside world — but, locked in his own mind, he’s a superintelligent superhero, astrally projecting to the moon and battling the mysterious villain named Doctor Quietus. Westlake can’t affect the outside world; can’t even twitch a finger, can only sit and be cared for by his mother and father and little sister, and the nurses they hire. But he can see what goes on around him, and react, if only internally.

Rio Youers’ novel Westlake Soul is Westlake’s account of his life and opinions, and of his fights against Doctor Quietus. Youers pulls off a tricky proposition; Westlake’s completely incapable of actually doing anything, of changing anything in his physical environment. He can only view the world, describing what he sees and how he feels. That ought to make him too passive to work as the centre of a story — and make no mistake, more than simply a narrator, Westlake is the heart of his own story, speaking as he does with the unselfconscious egocentrism of youth — but it is precisely his struggle to make a change, to accomplish even the smallest of actions, that becomes involving.

In fact, the book succeeds due to its directness of affect. Westlake Soul’s had no choice but to become thoughtul and empathic, and those qualities, along with a certain precision of diction, make his voice endearing and highly readable. The book doesn’t hesitate to tug at the heartstrings, but the writing’s effective: it feels like a kind young man’s voice. And Youers deploys that voice nicely, giving us Westlake’s observations of both his exterior and interior worlds, keeping things moving briskly. 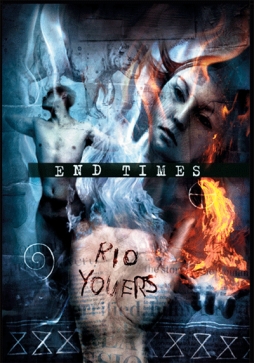 Still, I think Youers was clever to make the novel brief. It works nicely as a short book; much longer, and I suspect it couldn’t help but feel dragged out. There are a limited number of endings to the story Youers is telling, and though I think he chose the best out possible, it’s still not terribly surprising.

The science-fictional conceit of the story, that Westlake’s accident gave him superintelligence along with his abilities of mental projection, is oddly understated. The superhero imagery is well-written, and serves to illustrate symbolically various aspects of Westlake’s condition, but feels disconnected from the actual story of the book. To an extent, this is probably because it’s underdeveloped; superheroes usually have a detailed backstory, and a reason for having an archenemy — who also usually has a detailed backstory. Doctor Quietus never becomes much more than a notion, and never feels threatening to anyone besides Westlake (whereas your truly successful supervillains almost by definition go around putting noncombatants’ lives in jeopardy).

At the same time, while Youers’ prose is fluid, there’s not much of a sense of a superintelligence at work. Westlake breezily refers to complex notions in physics as though he’d mastered them, but as we get to know him, for better or worse he doesn’t seem mentally removed from us. He never seems to make the unexpected leap from idea to idea that’s a characteristic of genius. Nor does the book make extensive use of puns or wordplay — which helps bring out the directness of Westlake’s voice, but again seems a missed opportunity to illustrate his supposed intelligence. 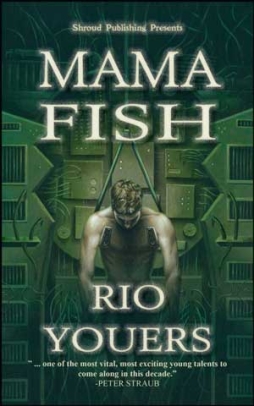 So perhaps we’re not meant to take Westlake’s proclamations of genius seriously. Maybe it’s a bit of unconscious egotism, something he tells himself to get over the reality of his physical situation. There’s no doubt that the depiction of Westlake’s medical state is very strong; there’s a detail and directness to Westlake’s description of his body and what’s happening to it that feels perfectly real. And it’s written with the kind of often-sardonic acceptance that comes when someone has to live out an unwanted medical condition. It’s the contrast, I think, between that physical detail and the wildness of the science fictional imagery that makes both of them work. That imagery does what successful imagery typically does: while providing a relief from the central struggle of a work, it explores that struggle through a new dimension that seems unrelated but proves necessary.

So Westlake’s final battle with Doctor Quietus, filled with familiar pop-culture dialogue and action-movie cliches, is the necessary prelude to an extended sequence in which he mentally visits family and friends and perfect strangers. Without the melodramatic fight scene before it, these passages would risk feeling sentimental. With the action scene, and with everything else in the book preceding them, they’re less obvious. You can get away with a fastball over the plate if you’ve set it up with curve balls and change-ups. So Youers makes his story work, alternating the concrete and the improbable.

It has to be said that if the character of Westlake Soul works, the secondary characters of the novel are less involving. I think that’s deliberate; you can’t help but notice that the other characters become less original the further they are from Westlake. Not improbable, or unlikely, but not particularly surprising. Westlake’s ego is strong enough that he tends to flatten out the world around him, I think, so that his family feels real, and but his friends and lovers are a step less so, and then their friends and enemies another step flatter. There’s a confrontation late in the book that can be read as Westlake coming to understand the depth that other people have in them; I couldn’t help but think, though, that even that awareness came off as a touch facile. 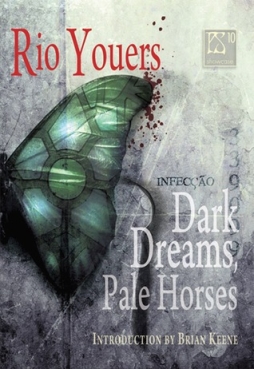 Overall, the book feels a little like a Douglas Coupland novel — I think specifically of the post-apocalyptic Girlfriend in a Coma, and not just because of the title. The directness of the first-person speech is similar, the unashamed lack of irony, the unpretentious hankering after a meaning to the disasters of life. The use of science-fictional imagery to illustrate the theme of a basically character-oriented work. (Along the same lines, one might remember the excellent CBC TV series The Odyssey, which largely took place inside the mind of a comatose child.)

The central idea of the book is almost inherently a kind of sentimental wish-fulfillment. But then wish-fulfillment is at the heart of most good superhero stories (and arguably at the heart of most good stories, full stop). I do wonder whether it’d feel credible to someone struggling with the question of whether to end the life of a loved one. All I can say is that to me the book succeeds in its creation of Westlake Soul, mature enough to have had a life, young enough to still be awed by things around him, traumatised enough that he has no fear of expressing that awe. There’s a lot of heart in Westlake Soul.