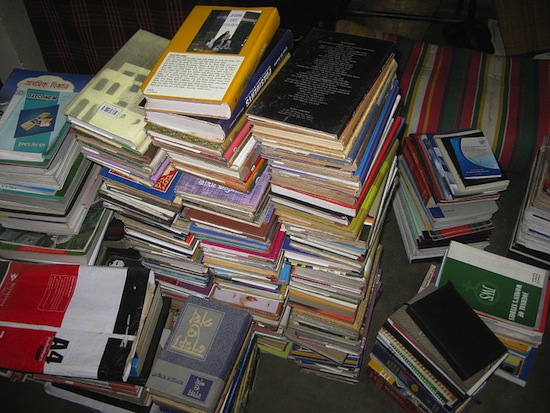 This post marks an anniversary for me. I just started my fourth year as a ghostwriter and my tenth ghostwritten novel. I’ve also written a couple of novellas, a short story, and a ton of short nonfiction works. The nonfiction projects are 12,000 word booklets on everything from Hadrian’s Wall to Sidekicks of the Wild West. These aren’t truly ghostwritten since my name appears as the author inside. Some have my name listed in the online shops but I asked the editor to stop doing that because they were beginning to swamp my own books!

The fiction I’m requested to ghostwrite also covers a wide range, and it’s been a plus to my confidence as a writer to try many new genres. I don’t think I would have ever attempted YA fiction if it wasn’t for a ghostwriting client. Thrillers were new to me as well.

Only once have I felt that I couldn’t do a subject justice. A regular client asked me to write a novel with a trans character. I had to say no. I don’t know any trans people  and I know very little about their lives. The last thing the trans community needs is an outsider misrepresenting them. Again. The deadline was such that there was no way I could do enough research to do the subject justice.

So as much as it pained me to turn away money, I had to say no. Luckily that same day I got an offer to do a pirate novel. Since no one alive knows what it was like to be a pirate in the 18th century, I can get away with that.

One of the advantages of doing this sort of writing is that you cultivate long-term relationships with clients who give you regular work, often in the form of series. This allows for a bit of that often-sought but always fleeting goal of a writer’s life — financial stability.

There are downsides too. I’ve found that I need to strike a better balance between my ghostwriting and my own writing. This is difficult because I’m a dad and have bills to pay. When given the choice between ghostwriting another novel for guaranteed income or writing one of my own books for an uncertain reception, it’s hard to turn away the money.

What this job does do, and this is important for anyone who is considering it, is it drains away a huge amount of time from my own projects. My post-apocalyptic series and my World War One action series should have both had a new book out in the first half of this year. That hasn’t happened.

In fact, I haven’t had a title come out under my own name since last September, and as any indie writer knows, you need to keep putting out content to maintain interest in your work. I’ve been seeing my sales slip. Luckily I have a historical adventure coming out soon. That’s the one I was researching while writing all those posts from Cairo.

In the past six months I haven’t seen any major changes to the market. There are still a slew of crappy underpaid jobs on the job boards, and a large number of experienced people fighting over the few good ones. Series are still popular, and shorter novels are still preferred. I’m currently writing one that’s supposed to be 80,000 words. I have never ghostwritten anything over 60,000 before. On the other hand, I’ve also done a couple of novellas in the past few months.

The market is wide open to all genres, although the main ones are romance and erotica. They make up at least two-thirds of the jobs I see out there. But even if you don’t write these (I don’t) you can still find plenty of work. And if you have a hankering to write a mail order bride Western romance or a billionaire kinky romance, those are huge right now.

So if you are really serious about making a living through your fiction writing, ghostwriting is one of the best ways to go. I would suggest, however, getting a couple of books under your own name out there first. All my fiction, except for my latest, is indie published, but the clients didn’t have any prejudices. I have a dozen fiction titles out under my own name and that really helps me land work. Whenever I apply for a job, as part of my application I send them a copy of whatever one of my books is closest to what they’re asking for. So if you want to try this out, my advice is to get your own work out first, and then be careful how you budget your time once you start writing for other people.

Please tell me that the pirate project and the project in which you killed lots of Nazis are one and the same.

Seriously… doesn’t it kind of kill you to not be able to tell us the names of the pirate project? Or the Nazi death project? B/c those both sound up my alley…

If nothing else it seems like ghost writing would give you a lot of practice. And if you write something that you don’t particularly like, your name isn’t on it.

What would anyone need “Ghost Writing” for? I mean, I can understand hiring an artist when you aren’t practiced enough with image creation to illustrate your stories to the professional level of your verse. Or if you can’t draw a stick figure even if you are excellent with words…

But why would anyone have another write for them if they can’t themselves…?

Oh, well, if it pays the bills…

I’m curious, though, and this is why I’m posting – do the “Publishing Houses” pay ghost writers to write good stories so they can be under “Token” names…?

Oh, nothing on various “-orities” and the ability of writers within such groups to be able to write – I do like Charles Saunder’s works despite my rabid anti-Political Correctness – But I wonder if the publishing houses ramming their New New New wave PC agenda down the public’s throat hired writers or ordered existing writers to “Help” some of the “Diversity” market test group…?

I know there’s probably no “average” assignment, but in general, what word length do they want? How many days turnaround? How many words a day do you have to hit to make deadlines? And how many days do you set aside for outlining/character development up front, and revising on the back end?
And how does editing work?

Those links for Hadrian’s Wall and Sidekicks of the west are broken.

Mick: Sadly, the pirates didn’t slaughter the Nazis. Sounds like a good book, though. Yeah, it kinda sucks not to have my name on some of these, but my contracts are quite strict about not revealing my authorship.
As for wordcount, most books are 50,000 or 60,000 words. Two I’ve done were as short as 30,000, and one as long as 80,000, but the 50-60k range seems to be the sweet spot.
My daily wordcount depends on my deadline and other projects. I maintain a minimum 20,000 words a week writing schedule, but that includes everything, including this blog and my own stuff. I don’t do much outlining, preferring to write by the seat of my pants. Sometimes the client provides me with an outline, but they are rarely detailed. I do a simple copyedit before handing it in, but they hire a professional editor to clean it up.

Glenn: They’re fixed now. If you get on Amazon and put in Charles River Editors and McLachlan you’ll find a bunch of mine.