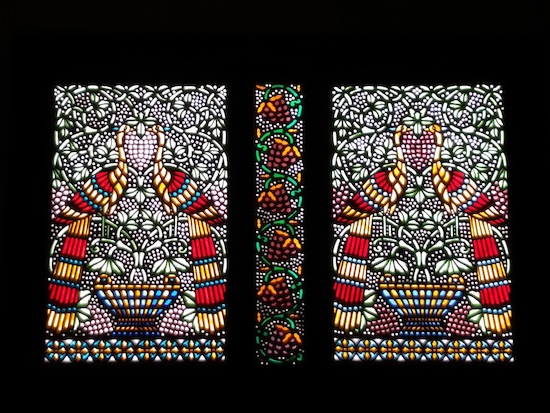 Last week in my post on the Coptic Heritage of Cairo I posted a photo of a stained glass window done in the traditional Egyptian style, from the so-called “Hanging Church” in Cairo, officially known as St. Virgin Mary’s. It got its name because it’s built atop an old Roman gatehouse.

I was surprised at this and other stained glass windows I found all over Cairo, both in Christian and Muslim settings. I had never read about these windows in my (admittedly small) collection of Islamic art books, and I didn’t remember them from my previous visit in 1991. I’ve been able to find very little about them online, so if anyone knows more, please comment! 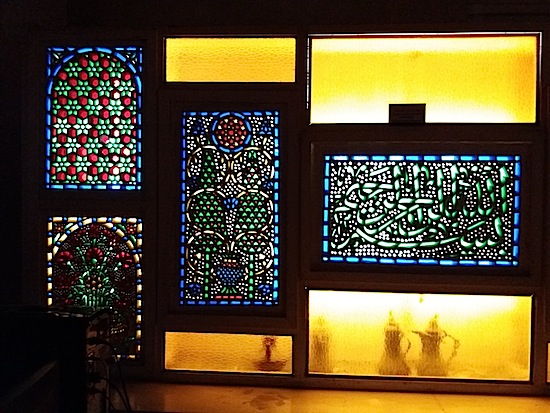 The windows are made of thick plaster with small pieces of colored glass set into the pattern. What’s noticeable is that they keep with the tradition of privacy that’s so important in Egyptian architecture. While the windows allow light in, no one is going to be able to look inside.

Because so many of the city’s old homes have fallen into decay, many of these examples are preserved in Cairo’s Ethnological Museum, which also has a great collection of African weapons and African shields. Getting into the museum is a bit of an adventure. It’s located just off Tahrir Square and has become a base for the police who keep a close eye on the crowd there. To get into the museum, I had to pass through a metal detector and show my passport. Then a cop with a machine gun escorted me to the museum. From there a museum official followed me from room to room until I left. 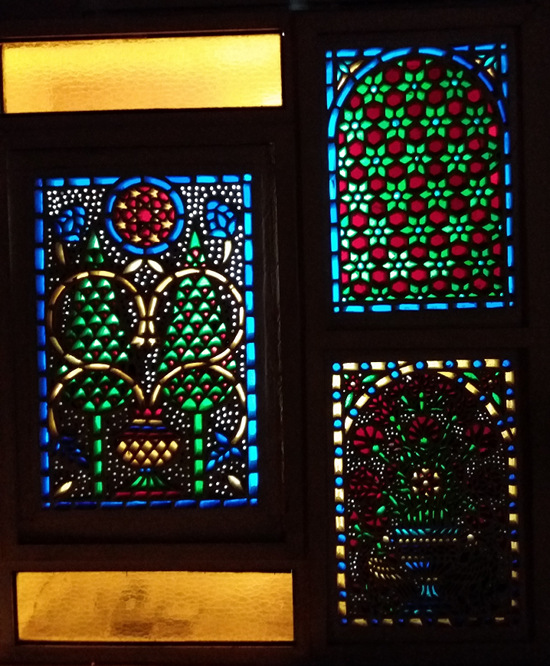 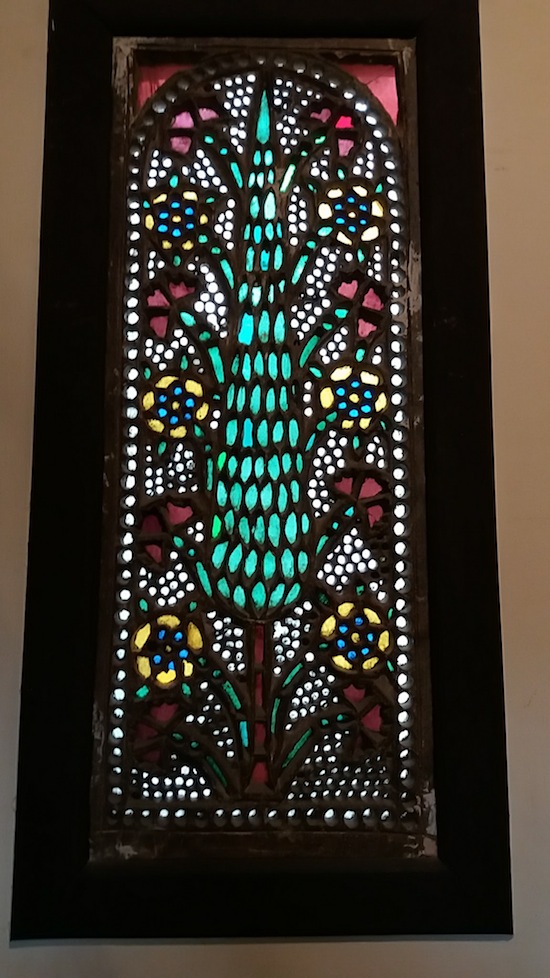 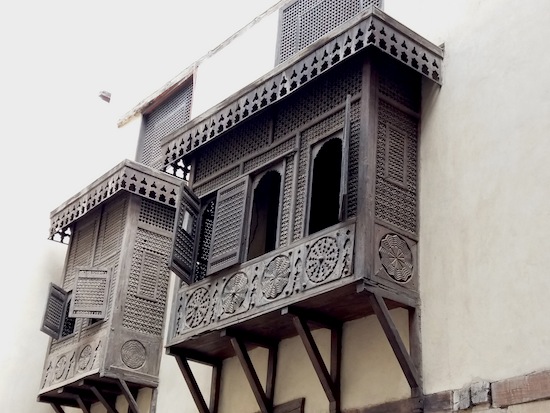 Here are a couple of examples of more typical windows from a private home from the Ottoman period. This complex wooden latticework is called mashrabiya. It allows people in the house to look out without being seen by people outside. In the Cairo Trilogy by Naguib Mahfouz, there’s a heartbreaking scene in which one of the female characters sits behind one of these windows watching the men in the cafe below. She always sits there at night to listen to their conversation and feels like she knows them and is the secret regular to the cafe, the one none of the other regulars suspects even exists. 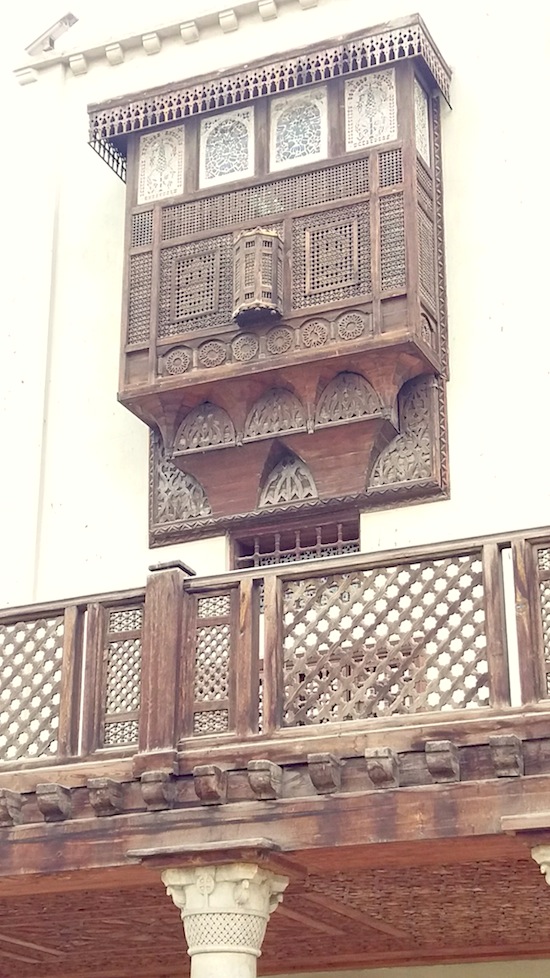 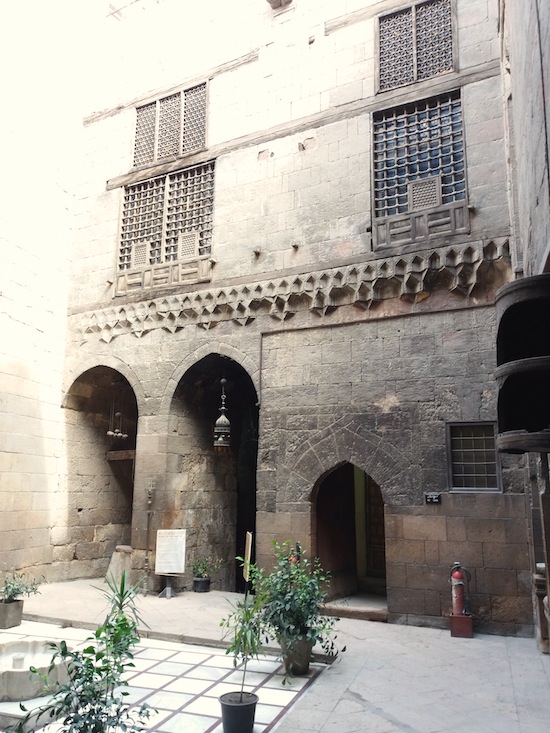 The courtyard of an Ottoman-era house in Cairo with another common style, windows with bars and a simple glass pane. All houses are sturdily built and difficult to break into. Figuring out how to one of my characters could sneak into a Cairene home for a novel I’m writing proved a great challenge!

Wow, those are lovely!