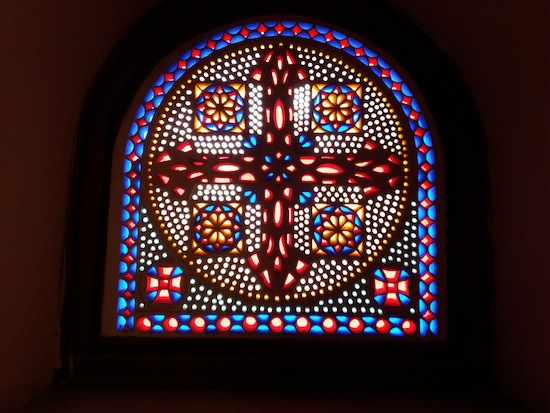 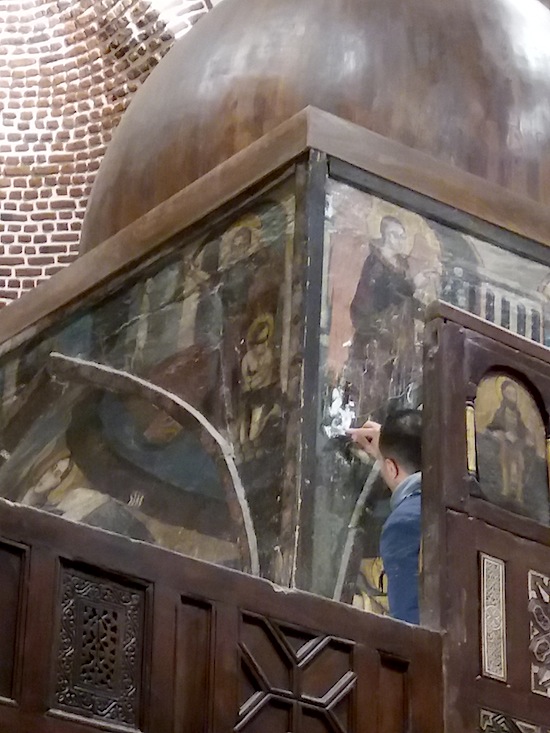 Restoring altar paintings in the Church of St. Sergius and Bacchus,
uilt over the spot where the Holy Family rested on their flight to Egypt

Because of this strong foundation, Egypt became a major center of Christianity in the Roman Empire even before it was legal. A sizeable monastic movement emerged in the desert, and in cities such as Alexandria, early Christians emerged as a potent force. At first they were persecuted, then tolerated, and then they came out on top of the ideological struggle with paganism, eventually becoming the main religion of the empire.

With the Muslim invasion of Egypt in 639 AD, the Copts lost their primacy. Even their language, descended from the language of the pharaohs and still spoken by Copts today, was supplanted by Arabic. Since then their fortunes have varied, with periods of persecution alternating with ones of tolerance. These days it is a mixture of both. Theoretically, Coptic Christians enjoy full equality and protection under the law, but Copts have been quick to point out that they are underrepresented in positions of influence and many accuse the government of not doing enough to protect them. 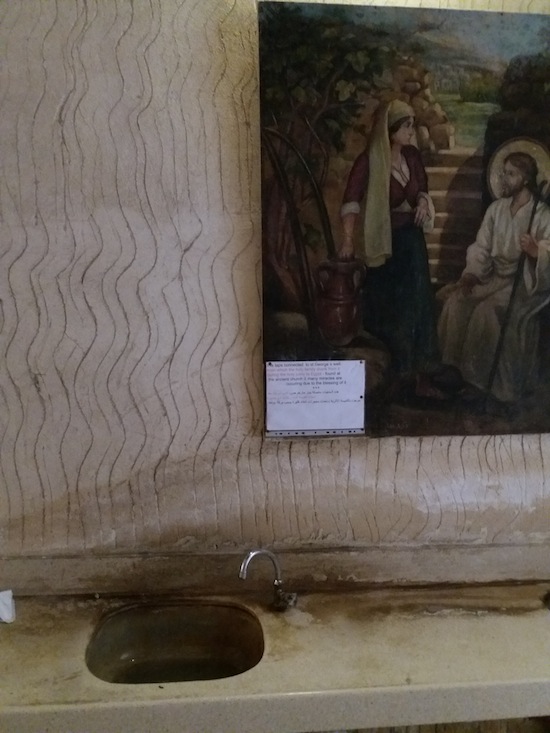 This rather grubby sink in the Church of St. Sergius and Bacchus
leads to the well from which the Holy Family supposedly
drank on their flight to Egypt

In day to day life, most Muslims tolerate the Copts. An Englishman who has lived in Cairo for many years told me that he has seen little evidence of widespread discrimination and that only a small minority of radical Islamists are responsible for the attacks, which are done just as much to embarrass Egyptian President Abdel Fattah el-Sisi’s security apparatus as they are to kill Christians. While I don’t quite share that rosy view, in my stays in Cairo I’ve been in numerous social situations where Copts and Muslims spent time together as friends. I’ve also been to many neighborhoods where they live together as neighbors.

There are, of course, a variety of Christian faiths in Egypt, but about 95% of the nation’s Christians are Copts. The actual numbers are a matter of debate, with estimates ranging from 5 to 18 million out of a total national population of 95 million. The Coptic community says the government estimate of a little more than 5 million is way too low and an attempt to dismiss their importance. As the nation’s oldest living faith, they are proud of their history and role in Egyptian society and refuse to be cowed by the attacks. The Copts aren’t going anywhere. 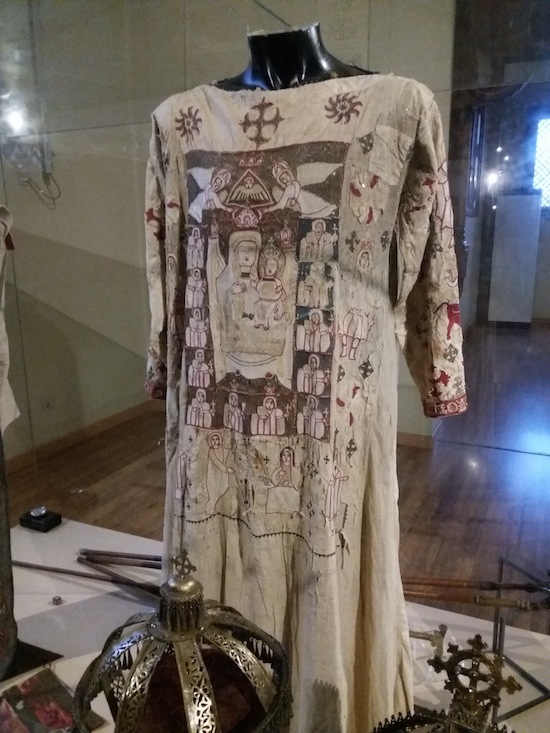 Tunic made of linen embroidered with silk. It shows the Virgin Mary
and infant Jesus flanked by angels and saints, 19th century

If you visit Cairo, two stops are a must — the old Coptic religious center (sealed off and guarded by a horde of heavily armed police), and the Coptic Museum. Most of the photos are from these two spots. There are several other Coptic centers of population worth visiting, such as Alexandria and Minya. 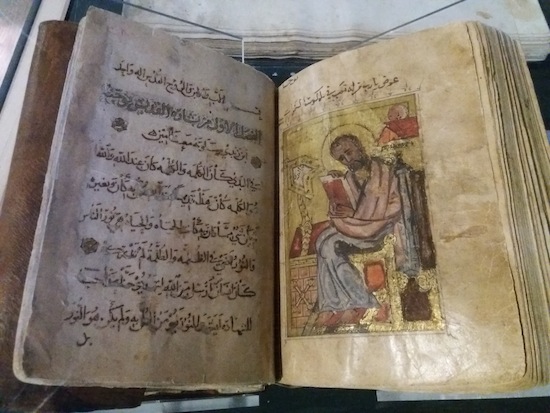 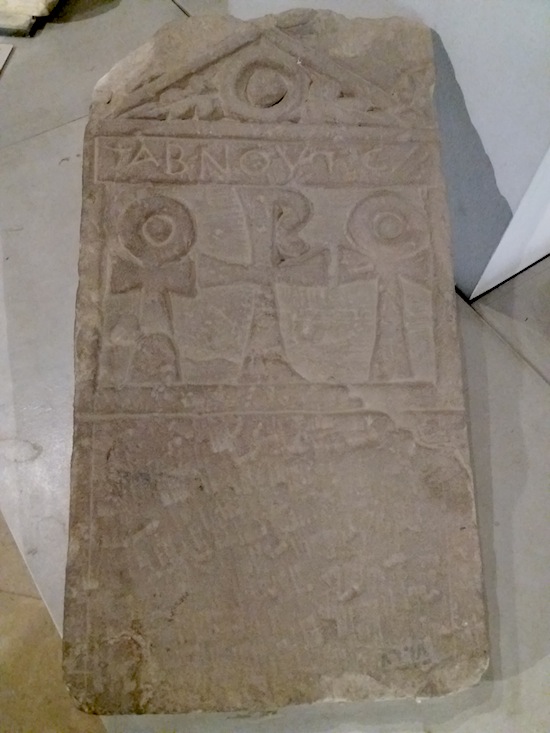 An interesting aspect of early Coptic artwork is the common use
of the ankh, the hieroglyphic symbol for eternal life, which looks
much like a cross and, interestingly, the symbol for womanhood.
This tombstone dates to the 5th or 6th century and shows a pair of
ankhs flanking a cross made to look like a chi rho 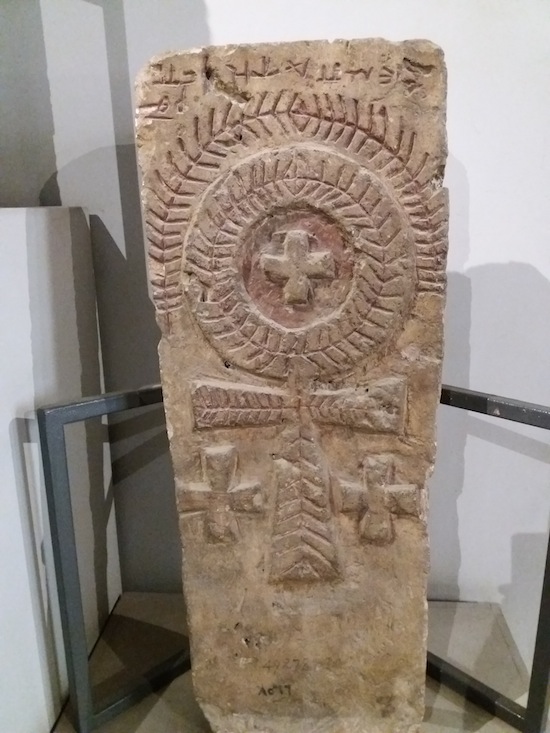 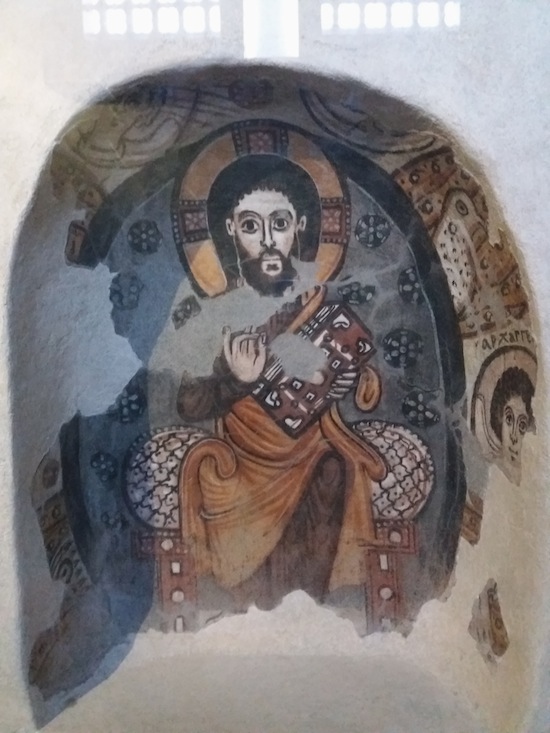 Wall painting from a cell in the Monastery of St. Jeremiah,
Saqqara, 6th or 7th century 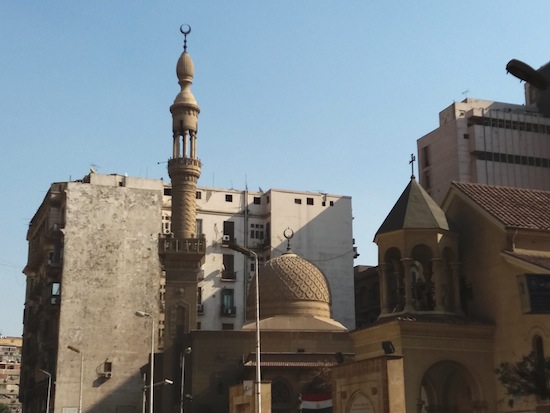 Churches from other faiths can also be found in Cairo.
This Armenian Catholic Church stands next to a mosque
right around the corner from my hotel

All photos copyright Sean McLachlan. More pictures of Egypt next week, plus many more on my Instagram account!

This was an interesting account, with some little-known learning worn lightly.