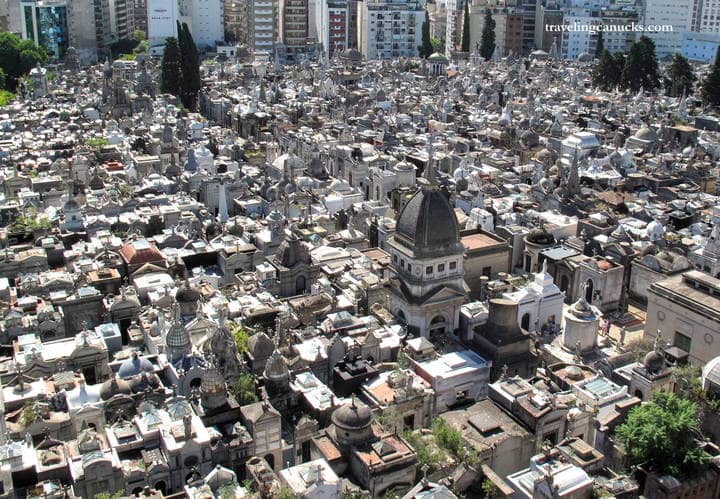 Cemeteries are fascinating places. It’s no surprise that they’re the source of so many stories about hauntings and other mysterious happenings. In them, we’re surrounded with fragments of stories — names, dates, and brief inscriptions about who these people were and what might have been important about them. It’s a meager summation of a life, but it’s in these blank spaces that our minds invent stories.

One of my favorite cemeteries — and the one that inspired the underground city of Recoletta — is the La Recoleta Cemetery in Buenos Aires, Argentina. The grand mausoleums and the cobbled lanes in between them make it look like an old, quiet city in miniature. And, like any city, it’s brimming with stories.

To me, the most interesting story from La Recoleta isn’t about the writers, Nobel laureates, or presidents buried there. It isn’t even about Eva Perón. Rather, it concerns Rufina Cambaceres, a young socialite who died in 1902. 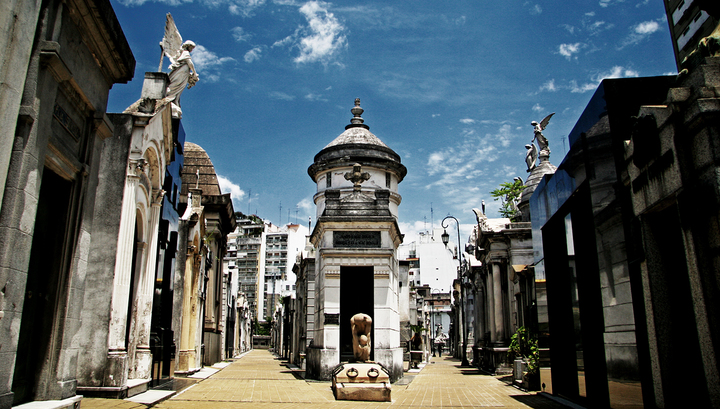 The facts surrounding Rufina’s death are sparse but tragic. She died on the night of her nineteenth birthday, just as she was getting dressed to celebrate the occasion. She was later found collapsed in her room, and doctors pronounced her dead of a heart attack. She was interred at the La Recoleta Cemetery, where her father had been laid to rest years ago.

What supposedly happened next is harder to verify.

Yet days after the funeral, a cemetery worker is said to have noticed that her coffin had moved and that the lid was damaged. Suspecting grave robbery, he opened the coffin and noticed bruising on Rufina’s hands and face. Evidence that she had awoken in her coffin and died trying to escape.

Was Rufina Cambaceres actually buried alive? And was the cause of her episode on the night of her birthday the revelation that her fiancé was having an affair with her mother? Or, as some accounts suggest, with his own mother?

We’ll never know. But it’s in the absence of concrete facts and certainty that these details flourish into a sordid, gothic narrative.

Perhaps that’s why stories about conspiracies and secret histories are so appealing and enduring. They give us an opportunity to fill blank spaces with narrative and to assign meaning to events that might otherwise seem coincidental or pointlessly tragic.

The characters in the Recoletta trilogy come from societies that have either willfully forgotten their histories or that have deeply distorted impressions of them. In the underground cities of Recoletta and Madina, the study of history has been forbidden. People have only a vague historical memory of a massive catastrophe that destroyed most of civilization hundreds of years ago, leaving only a loose network of subterranean city-states. The ruling authorities fear that knowledge of that history will infect people with the same greed, fear, and vice that drove society to destruction generations ago. 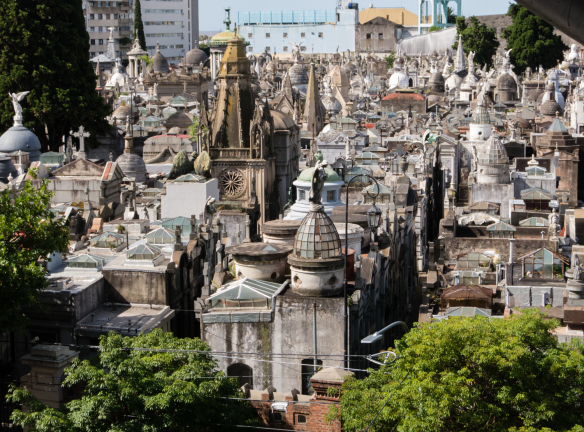 And in the absence of facts, other stories and ideas take on a life of their own, fueled by fear, enmity, and uncertainty. The discovery of an ancient library becomes a catalyst for revolution.

At the start of The Song of the Dead, that crisis still ongoing. The protagonists, Liesl Malone and Jane Lin, have helped engineer the downfall of the tyrants and demagogues who fought for control of the city of Recoletta.

But they find that establishing and preserving peace between rival groups of oligarchs and populists is merely a subtler form of conflict. Furthermore, the stories and lies they weave to maintain that peace take on a life of their own. When the fragile alliances they’ve patched together start to unravel — and when Jane and Malone find themselves at the center of the conflict — they must flee in search of answers about the catastrophe that created Recoletta and the other buried cities as well as the ancient threat that lingers in its wake.

What they find are distant civilizations that have preserved the histories the buried cities lost. Yet history isn’t just a series of dates and events. It’s a narrative that people construct retrospectively to add meaning and logic to the past and to provide some means of forecasting the future. And the narrative that Jane and Malone find in these far-off lands has dire implications for Recoletta and the rest of the buried cities.

We often think of stories as constructs that emerge from the mind of a single creator. Yet they’re frequently unintentional creatures that grow from the hopes and fears of many people and that evolve over time. That’s what makes a dubious account like the story of Rufina Cambaceres so interesting. It’s built around salacious scandal and the fear of being buried alive — obsessions of Rufina’s era. Similarly, the societies in the Recoletta trilogy fill in the gaps in their own histories with narratives that give them meaning and purpose. And surviving the clash between those versions of history — and forging a new purpose from it — is the story of The Song of the Dead. 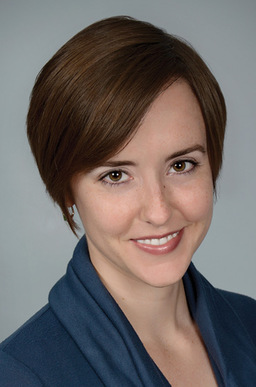 Carrie Patel was born and raised in Houston, Texas. An avid traveler, she studied abroad in Granada, Spain and Buenos Aires, Argentina. She completed her bachelor’s and master’s degrees at Texas A&M University and worked in transfer pricing at Ernst & Young for two years.

She now works as a narrative designer at Obsidian Entertainment <obsidian.net> in Irvine, California, where the only season is Always Perfect.