I’ve been looking forward to seeing what Paizo ends up putting together for their upcoming space fantasy game, Starfinder RPG, blending the worlds of science and magic to create a cosmic-scale adventure setting and game system. I’ve spoken with Starfinder Creative Director James L. Sutter a couple of times (available here and here) about the project, and his sincere enthusiasm for the project is certainly contagious.

Black Gate has been fortunate enough to acquire information on two new starships that will be available for the Starfinder RPG. Pay close attention… many space goblins died to bring you this information …

The first ship we have to reveal is the Atech Immortal, described by Sutter as follows:

Severe and pugnacious, the Immortal is the workhorse capital ship of Pact Worlds-based military fleets like those of the Stewards and the Knights of Golarion. Thickly armored and loaded with weapons, this cruiser rarely needs to fire a shot in most conflicts, as its mere appearance in-system can stop a conflict cold and send all but the most heavily armored militants running for the safety of the Drift.

And if you’re looking for a smaller spacecraft, then consider the BMC Mauler: 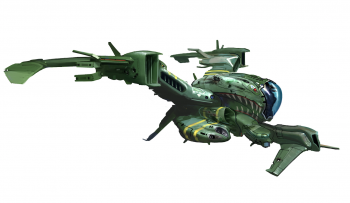 Manufactured by the Blood Mountain Clans, the Mauler’s distinctive Y-shaped wing arms and central cockpit make it one of the most recognizable starships around. While Maulers can be flown in combat by a single person, making them popular with bounty hunters and other lone wolves, militaries usually staff them with two: a pilot seated upright in the bubble canopy, and a gunner behind the pilot operating via screens. A staple of the Veskarium, the Mauler once chewed through squadrons of Pact Worlds defenders before the cease-fire, and today remains the default fighter on most vesk carriers, as well as the weapon of choice for vesk pilots engaging in honor duels.

These aren’t the first Starfinder starships we’ve glimpsed out in the wild. Last month, Paizo released on their blog previews of a couple of the starships available in the game, as well as some maneuvers that skilled pilots will be able to accomplish with those ships. They also gave a live demo to Game Trade Media back in March, at the game industry convention GAMA, and that video is available to get a look at some of the mechanics in action.

In addition to the core game rules, setting information, and adventure modules, Paizo is supporting the Starfinder release with a host of gaming supplements, and even a line of miniatures are slated for the horizon. Some of their established products from Pathfinder, like flip-mat maps, condition cards, and a combat pad, getting reskinned and modified to fit in with Starfinder.

For those who love being a spellslinger on a spaceship, there’s little doubt that fall will be a very good gaming time for you.

I’m curious to see what kind of sales they realize with Starfinder. I don’t know that they can afford to carry a marginal line. And a space RPG is probably that.

Frog God Games cancelled a KS for the first time because it looked early on that it would fail. And it was for their launch into Starfinder.

I assume they’re hoping that this line won’t be so marginal.

I don’t have any numbers on this, but Pathfinder sales appear to have plateaued. Since they basically swore to never make a new edition of Pathfinder, Paizo has to find some other way make money. Their MMO failed, but they have been making some progress in the board game market.

Even that seems to be on a slight down swing.