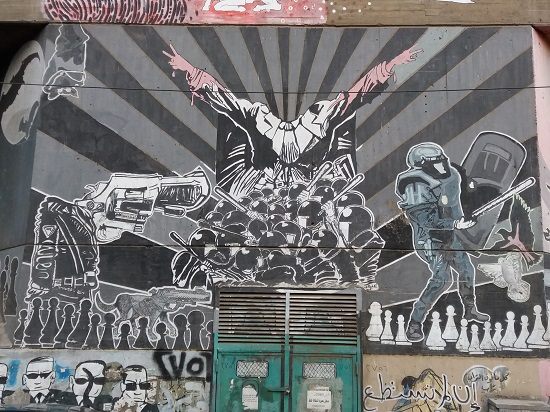 From January 25 to February 11, 2011, the world watched as Egypt convulsed in a mass uprising. Across the country, protesters from a wide range of backgrounds vented their anger at the regime of President Hosni Mubarak, which they accused of corruption and police brutality. They also protested against rising prices, high rates of unemployment, and a host of other grievances. Everyone from students to labor unions to feminists to Islamists marched to topple the regime. 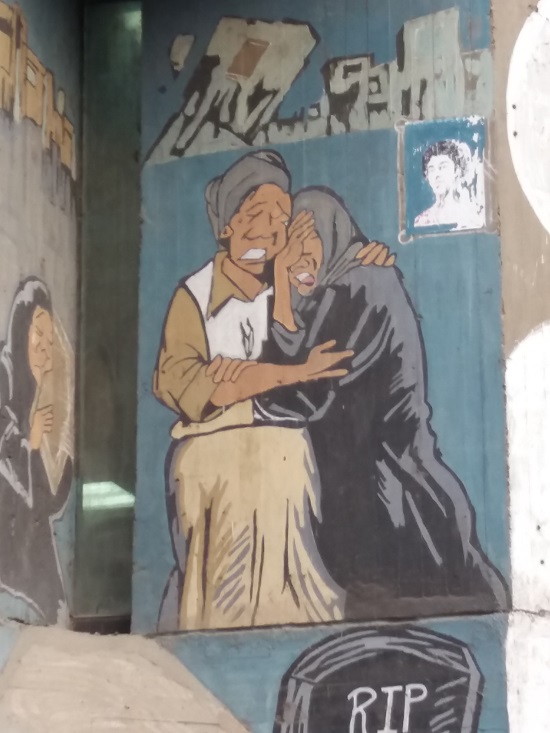 While the protests were all across the nation, the focal point was Tahrir Square, a massive open space and intersection at the center of the captial Cairo. It’s a major thoroughfare and flanking it are the Egyptian Museum and the Mugama Building, home to several government agencies. By holding it, the protestors held the nerve center of the city.

What started as peaceful protests soon turned bloody thanks to a violent police crackdown. After two weeks, an estimated 850 people had been killed and 6,000 injured. The protesters won in the end, however, with Mubarak being forced to resign on February 11.

While this led to nationwide rejoicing, there was more trouble to come. Elections the following year brought Mohammad Morsi and his Muslim Brotherhood to power. For years they had been the most organized opposition party. Now that they ran the country, they tried to change the constitution to one along strict Islamic lines, and allow Morsi almost unlimited powers. 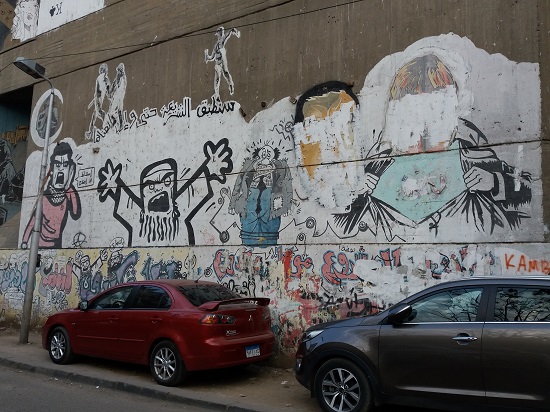 Once again there were mass protests, and a military coup led to the ascension of the Minister of Defense, General Abdel Fattah El-Sisi, to the presidency. In 2014 the government held a contentious election, which many opposition parties boycotted, that Sisi won by 97% of the vote. He remains in power to this day.

While the international news channels focused on the protests, the Egyptian Revolution of 2011 led to a flowering of the arts as well. Protestors produced large numbers of independent films, books, plays, and paintings. One of the most visible parts of this artistic outpouring was street art, most of it against the police and Mubarak. 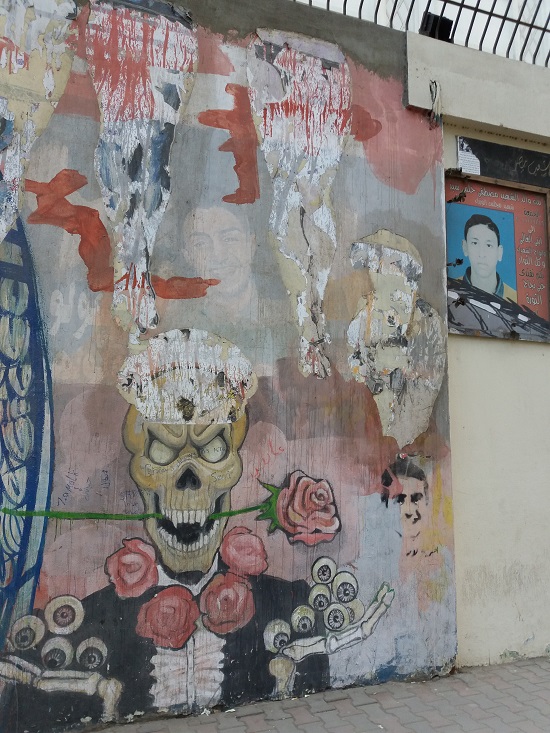 By the time I visited Cairo in February 2017, most of the revolutionary street art had disappeared, painted over by the new regime. One building near the American University of Cairo, just off Tahrir Square, has kept its art. Here are a few shots of that building, testament to a time when Egyptian artists took their protests to the streets. 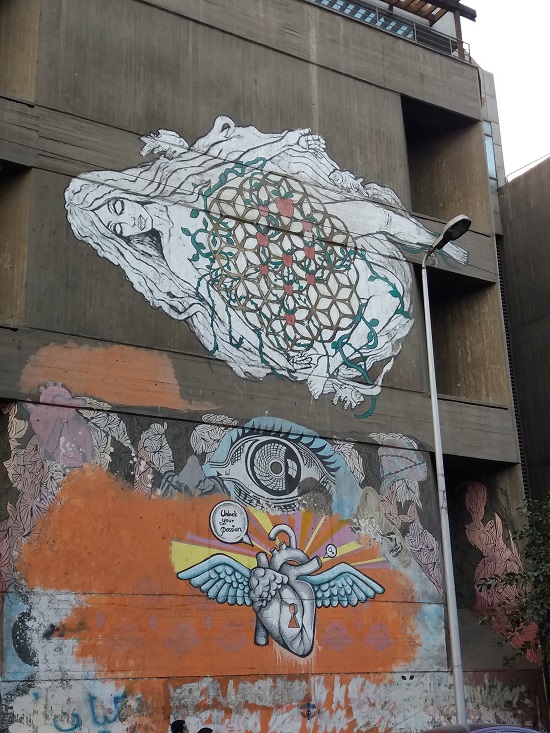 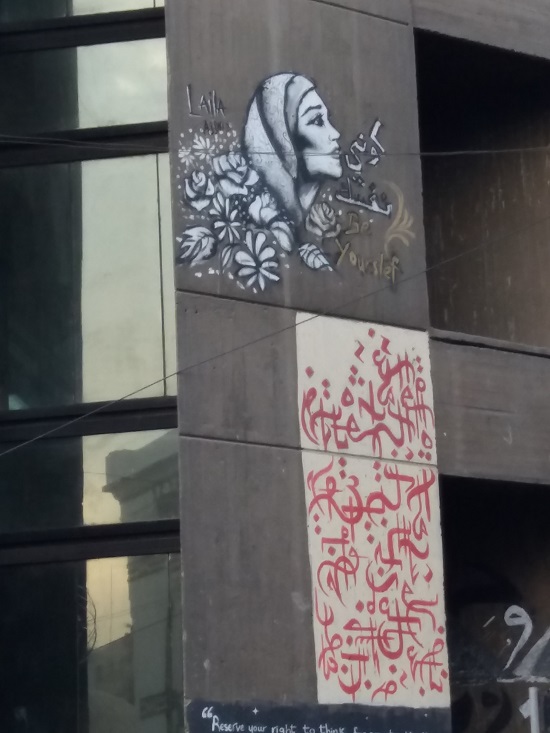 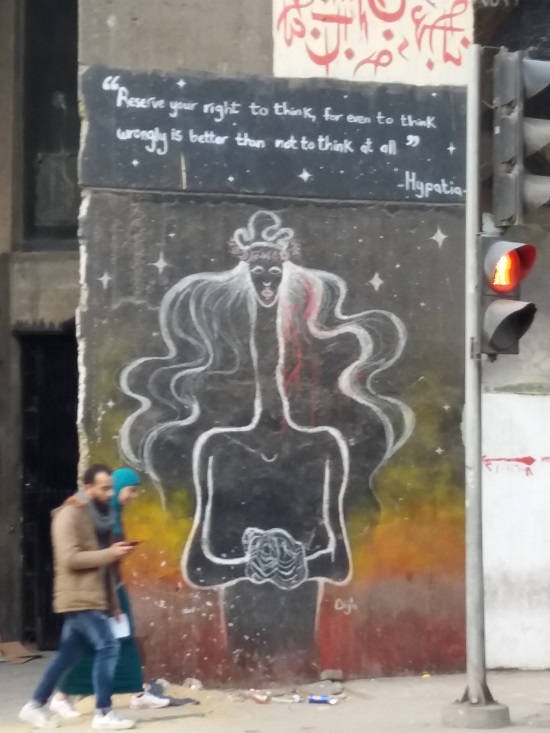 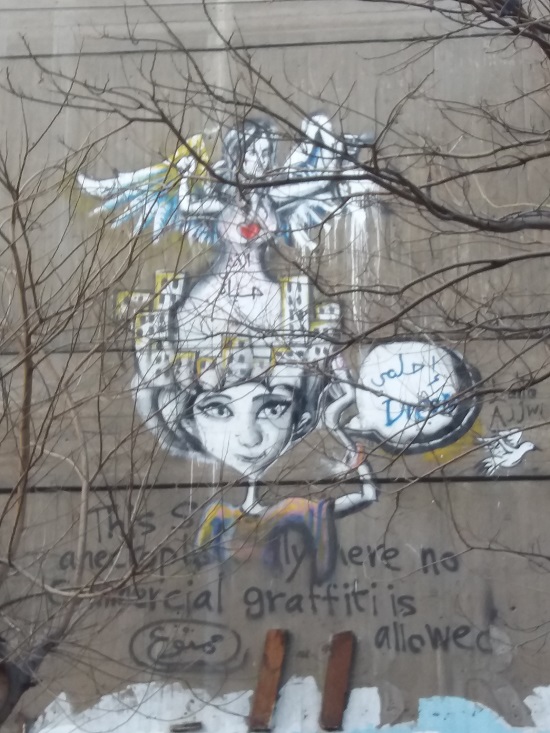 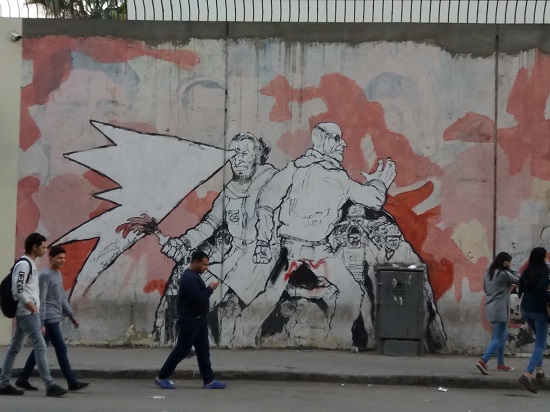 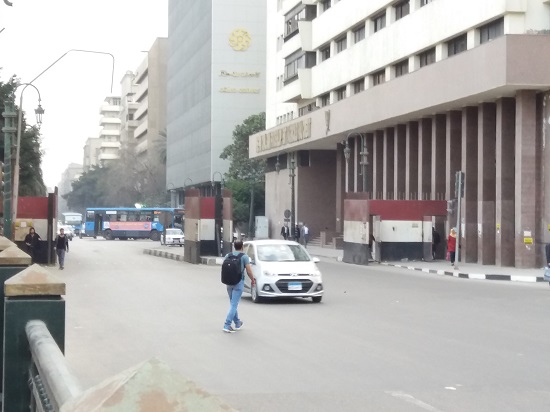 Gates with spiked walls now cover the approaches to Tahrir Square.
There will be no more mass protests there without
the consent of the security forces.

Those are some brave artists. The Hypatia quotation is one we could use around here now. What does the red calligraphy on the white background above Hypatia say?

Spiked gates. Well. I remember Berlin in 1989. Walls are more mortal than men. My bet’s on the people of Egypt.

My Arabic is good enough to get on the right bus and go shopping, but that calligraphy is beyond me.