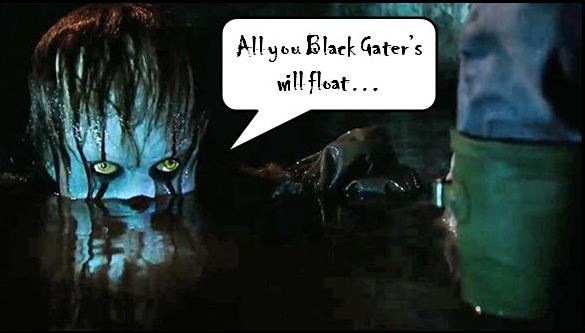 You know it. I know it. And Stephen King really knows it because he’s about to make bank on it… again.

After months of anticipation, the first trailer for director Andy Muschetti’s upcoming theatrical re-adaptation of King’s classic novel IT hit the net last week; and to say the response was positive would be a serious understatement. In fact, even though I’ve now watched it about a dozen times, I must say I was freaked out all over again when I attached it to this article.

In case you haven’t had the pleasure yet, check it out below…

Deadline reports that the IT trailer has smashed through worldwide viewing records, racking up nearly 200 million views in the first 24 hours. That literally shatters the previous record of 139 million views set by the trailer for The Fate of the Furious back in December, not to mention all these other firsts:

As widely beloved as the 1990 IT miniseries remains, it seems fair to say that the amount of excitement tied to this trailer for IT (2017) points toward the world at large being ready for another attempt at adapting King’s opus. After all, as amazing as Tim Curry’s performance as Pennywise was, the miniseries often fell victim to both a low budget and broadcast TV content restrictions. 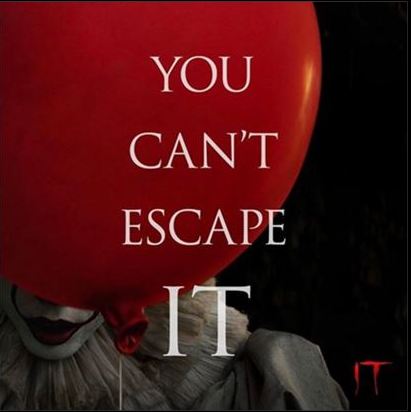 Based on the footage shown so far, Muschetti’s R-rated film is deadly serious. In other words, it’s unlikely that Bill Skarsgard’s Pennywise will be asking if your refrigerator is running.

IT descends into theaters on September 8th.

Have a question or comment? For instance are you wishing IT would hit theaters more than 90 days after The Mummy remake to help get the taste out of your mouth? Post it here or drop a line to sue@blackgate.com.

I’d rate ‘It’ as King’s best book. He’s doing what he does best, and he’s doing it to the best of his abilities. The 90’s version pretty much nailed it, although – watching it again recently – the characterisation seemed a bit threadbare. So I reckon this new version, no matter how slick it might be, has a hard act to follow.

One thing I liked about the trailer was the section in which ‘It’ scuttles forward through the water. I’d see this as an acknowledgement of what ‘It’ really is, and in this respect, a more accurate interpretation compared to the big reveal at the end of the 90’s version. He’d be quick, right?

I have such mixed feelings about the book. As (almost) always with King, he never knows when to leave well enough alone, never knows when it’s better to keep a door closed, and the final striving toward “metaphysical meaning” is laughably awful…but…thirty years after I read it, there are moments, images, that come unbidden to my mind when I stumble to the bathroom in the two AM dark, and that make me hurry back to bed to crouch under the covers.

I watched the 90’s version, and have absolutely no memory of it. This, though, looks DAMN scary.

Aon, though the book was really good, I am not sure I can follow you all the way to his “best”. Personally I would have to reserve that for Pet Sematary or Doctor Sleep but some of the imagery in IT is amazing in its ability to get under your skin.

Have to agree with TPark’s assessment on King’s horror works in general. And though the 90’s TV version had its moments, was somewhat hamstrung by TV limits. Still it damaged me for clowns forever.

I am counting down to the movie version – though if this ruins me for Bill Skarsgard, that would truly be a horror.

I guess I have a fairly reductive attitude towards King – ie, was it scary? I think what pushes ‘It’ to the top of the pile is that it is consistently so, for all of its thousand or so pages.

I thought the trailer looked amazing. IT is my favorite King book. I think it showcases King at the peak of his writing prowess, and displays his uncanny ability to capture the magic of childhood, both the good and bad of it.

I have a sentimental attachment to the TV mini-series adaptation of IT, but it doesn’t hold up as well as I’d like. The first half with the children is still remarkably enjoyable, but the second half is a bit weak. Still, Tim Curry is Pennywise for me, so I hope I can give the new actor a fair shot, and not keep him in Curry’s shadow.

I think books like The Shining or Salem’s Lot are standout works by King, but IT is probably his greatest epic. I do pause, though, and ponder how on Earth King and his editors thought it was smart to let *that* scene with a young Beverley remain in the book.

I doubt the producers would dare allow it in the film, but I could be surprised…

Leaving aside how inappropriate it is, I always reckoned that the scene in question was a cynical marketing ploy – ie, it was intended to generate controversy, which in turn would garner sales. I don’t remember it featuring in the TV series!

Gentlemen, King’s editors clearly stopped trying to tell him what to do a long time ago and Beverly’s generous invitation is the least offensive of the examples.

Here’s an article that runs down King’s sickest sex scenes and there are some doozies in case you forgot.