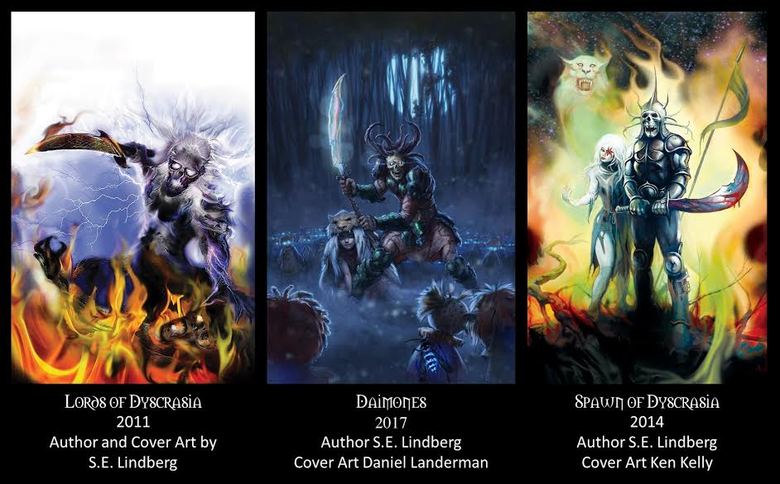 Thanks to Joe Bonadonna for the opportunity to be grilled by Dorgo’s Dozen questions. Phew, this will be intense! One cannot lie to a detective as keen as Dorgo, especially when his dowsing rod can sense minor indiscretions — I just hope he can differentiate between fantasy and reality. So please read on, as I attempt to pass the interrogation.

Who the hell are you?

I’m Seth (S.E.) Lindberg, residing near Cincinnati, Ohio working as a microscopist during sunlight and writer by moonlight. Two decades of practicing chemistry, combined with a passion for the Sword & Sorcery genre, drives me to write adventure fictionalizing alchemy. I write the Dyscrasia Fiction series and contribute to Perseid Press anthologies. All are invited to the Goodreads.com Sword & Sorcery Group which I co-moderate.

Some other useful links:

My Review Blog
My Amazon Page
Black Gate: Seeking Revenge Against the Shades of the Dead: S.E. Lindberg’s Lords of Dyscrasia

Besides the “entertainment factor,” what do you strive for in your writing?

I strive to convey both terror and awe (beauty).

What and who are some of your influences and inspirations?

As a practicing chemist and hobbyist illustrator, I’m driven to explore the weird experience of artists & scientists, especially those attempting to capture the divine. I identify with early scientists before chemistry splintered from alchemy, when Art & Science disciplines had common purpose. Take, for example, early anatomy (Medieval and Renaissance period): surgeons searched for the elements of the soul as they dissected bodies; data was largely visual, and had to be recorded by an illustrator. The technology behind paint and dyeing was developing alongside advances in medicine. Back then, the same instrumentation in apothecaries produced medicines as well as paints/inks, so the distinction between artist & scientist was obscure. Despite all the advances over centuries, much of the alchemical focus remains at large — the soul (and many other intangible spiritual things) remains immeasurable yet undeniably present. The closest I can get to transmuting ether is to mold my nightmares into art.

How and why did you decide to start writing?

I couldn’t draw fast enough to capture my haunting muses, so I transitioned to writing. My first book Lords of Dyscrasia is a blend of art (50+ illustrations) and prose (seven short stories that form a novel). Subsequent works are all prose. Sword & Sorcery (heroic fiction) is a great medium since human protagonists must confront the supernatural/spiritual.

The Dyscrasia Fiction milieu bears explaining. Dyscrasia literally means “a bad mixture of liquids” (it is not a fictional land). Historically, dyscrasia referred to any imbalance of the four medicinal humors professed by the ancient Greeks to sustain life (phlegm, blood, black and yellow bile). Artisans, anatomists, and chemists of the Renaissance expressed shared interest in the humors; accordingly, the scope of humourism evolved to include aspects of the four alchemical elements (water, air, earth and fire) and psychological temperaments (phlegmatic, sanguine, melancholic and choleric). In short, the humors are mystical media of color, energy, and emotion; Dyscrasia Fiction presents them as spiritual muses for artisans, sources of magical power, and contagions of a deadly disease. The books explore the choices humans and their gods make as this disease corrupts their souls, shared blood and creative energies.

What genres and/or literary style do enjoy writing in the most?

Would you say that your stories are more plot-driven or character-driven?

Inspired by the plot-driven pulp fiction, my initial novel followed suit (i.e. Lords of Dyscrasia). However, each short story and novel I’ve written since has shifted toward being character driven. In fact, the move to “characterization” played a key role in the cover design. Spawn of Dyscrasia (2014) follows the development of a single character, Seer Helen. I detailed the Ken Kelly cover design process in detail on my blog, but I share some of it here. The sequel’s cover had to embody an emphasis on characterization, so an appropriate portraiture composition was targeted. 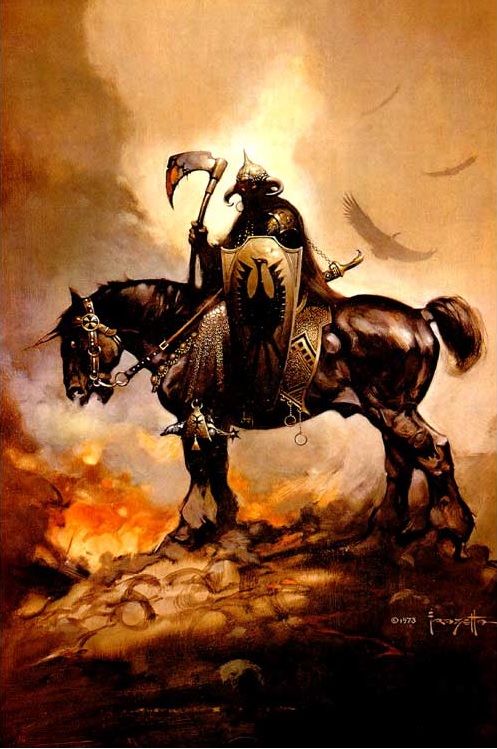 It may seem strange to intentionally pose characters passively on the cover, but there are plenty of precedents. For example, Larry Elmore did this effectively with the original Dragonlance trilogy (authored by Margaret Weis and Tracy Hickman). Also, Frank Frazetta did this effectively with his Death Dealer character. These portraits promise books with developed characters… without showing any action. Ken Kelly has many of these, like his Death’s End and Rogue’s illustrations (the latter was the cover to the first Horseclan’s book by Robert Adams). 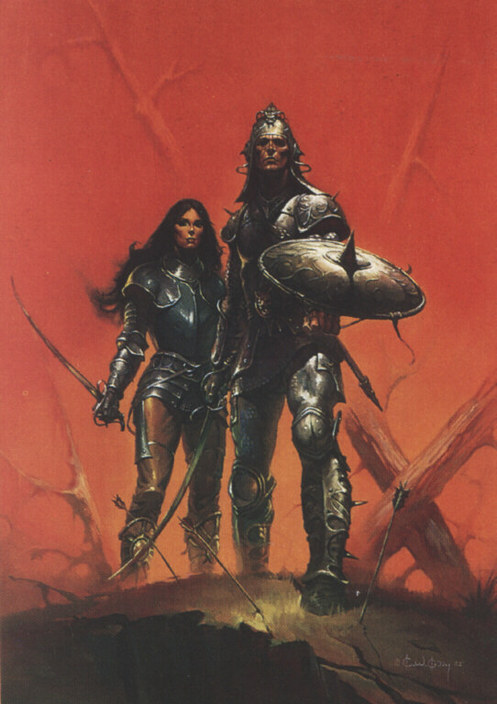 In Spawn of Dyscrasia, the character Helen does not develop in isolation; rather she teams with the protagonist from the first book, the skeletal Lord Lysis (who is featured on the cover of Lords of Dyscrasia). Hence, Ken Kelly’s “The Rogues” stood out as a good example of what I wanted: a female and male duo portrayed against a fiery scene. 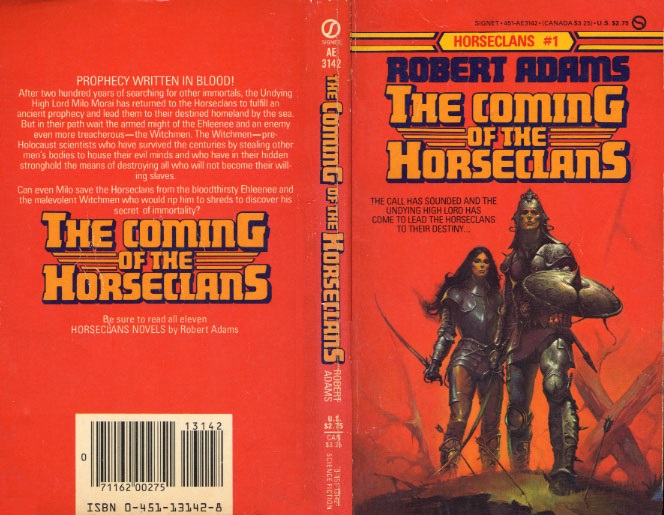 What can you tell us about your latest work(s) in progress?

The third Dyscrasia Fiction installment, Daimones, is nearing publication. Daimones is archaic for a divine spirit (could be an evil demon or kind angel). Placing the covers in series, the portrait/character-focus remains clear as they represent the story arc.

Tell us about your latest published book, short story or novella.

“Legacy of the Great Dragon,” my short story for Heroika: The Dragon Eaters, features the Father of Alchemy entombing his singular source of magic, the Great Dragon. According to Greek and Egyptian myth, the god Thoth (a.k.a. Hermes) was able to see into the world of the dead and pass his learnings to the living. One of the earliest known hermetic scripts is the Divine Pymander of Hermes Mercurius Trismegistus.  Within that, a tale is told of Hermes being confronted with a vision of the otherworldly entity Pymander, who takes the shape of a “Great Dragon” to reveal divine secrets. “Legacy of the Great Dragon” fictionalizes this Hermetic Tradition, presenting the Great Dragon as the sun-eating Apep of Egyptian antiquity.  Appropriately, the opening quote for the short story follows:

‘…understand the Light, and make friends with it…’advised the Great Dragon Poimandres to the Egyptian god Thoth, venerable destroyer of serpents and intellectual healer (whom the Greeks called Hermes Trismegistus)
— The Corpus Hermeticum, Section I

What are some literary goals you’d like to achieve?

I plan to continue Dyscrasia Fiction in parallel with submitting stories to Perseid Press, forever shaping the muses of alchemy into heroic fiction. As already revealed, a second Heroika anthology is forthcoming and within will be a sequel to Legacy of the Great Dragon.

The actual Emerald Tablet (if it was indeed “real”) is arguable the most popular work of Hermeticism since its reveals the secret of transmuting any material’s base elements into something divine or valuable (gold). Many refer to the Tablet as being the philosopher’s stone, or the knowledge embodying it. In fact, the tablet no longer physically exists, but translations of it do. Sir Isaac Newton’s translation of the tablet’s inscription remains very popular, and undeniably cryptic.

Following the Emerald Tablet from Ancient Egypt into the Hellenistic age, the “The Naked Daemon” entry in Heroika 2 pits the mystic Apollonius of Tyana (deceased ~100 CE) against zealots who destroy what remains of the Alexandria Library. In life his principles had been aligned with those of the pacifist gymnosophists (a.k.a. naked philosophers); hundreds of years past his death, Apollonius finds himself reborn as a daemon empowered with Hermes’s Emerald Tablet. He observes the Roman oppression over pagan scholars and is challenged with an urgent need to defend knowledge. Will he rationalize war by unleashing the power of alchemy to do harm? Will he become an angel or demon? How will alchemy transform The Naked Demon?

What genre of fiction have you not yet written for, but plan to in the future?

I have a few short stories for Perseid Press anthologies that are accepted and awaiting publication. In order to contribute, I had to explore writing historic fiction and have been corrupted: writing fantasy with historic elements is rewarding. I see shifting more toward that.

Tell us about your writing habits, such as: Do you outline extensively? Do you create your characters first, or your plot? Do you listen to music while writing, and if so, what kind?

Day Dreaming: Balancing a fun career with the duties of a father too, there is scarce dedicated time for writing. I’ve fallen into structured day dreaming, rehearsing scenes via each character’s perspective. Being kept away from the writing desk can be frustrating, but stories get better when scenes are rehearsed anyway. Mental role-playing can be done anywhere, anytime; a smartphone or notepad is needed to capture key dialogue and interactions to flesh out later. Soundtracks and ambience music (i.e., from Nox Arcana) are great to play while transforming notes into stories.

Start off Small: Attempting to tackle a novel from the beginning was too overwhelming. I tried several times but it was too difficult to simultaneously develop characters while world building. After spinning my wheels for a time, I commenced in bite-sized, short stories (the first written story ended up being Chapter 2 in Lords of Dyscrasia, “Portrait of a Seer”). Then “baby steps” commenced (Chapter 3, etc). Lords of Dyscrasia became a set of seven tales, each chapter being a short story.

The final novel has a single story arc, that being of Lord Lysis’s evolution. It begins with him denouncing his ancestral faith and ends with his final transformation into an undead warrior. With the world building complete, I was able to tackle novels with greater focus on characterization and traditional format: Spawn of Dyscrasia, and Daimones.

Funny, I do not have many characters as I do a place. Clark Ashton Smith’s Zothique comes to mind; the cycle is available online thanks to Eldritchdark, a fan website run with permission from CAS’s family. A great review of these was shared by author Ryan Harvey on Black Gate. My blog as a linkable table of contents of the online stories in order of publication. 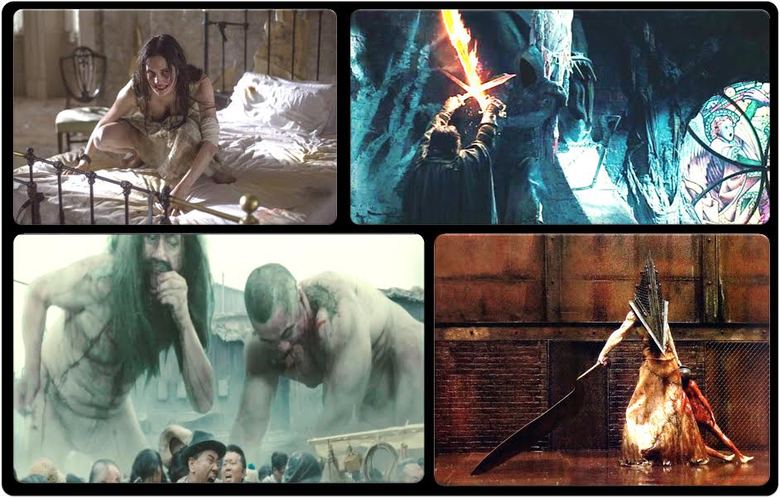 What are some of your all-time favorite films and TV shows?

Solomon Kane 2009: It deviated from REH’s canon, but stayed true to the dark, spiritual themes.

Silent Hill 2006 (Movie and the entire game series): Like all fans, I am devastated that Silent Hills was cancelled by Konami, but Kojima’s Death Stranding looks like it will satisfy.

NBC’s Emerald City: the first three episodes have me hooked.