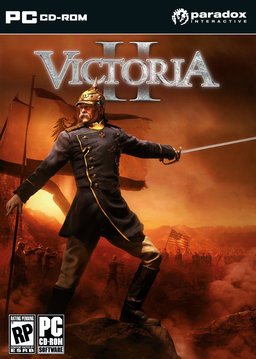 While seeking an escape from the distressing politics of the early Twenty-First Century, I decided to plunge headlong into the distressing politics of the Nineteenth Century and picked up a game I’ve long been meaning to try: Victoria II. It was a good call. This civ-building game is quite an achievement. I find it a good deal more engrossing than the Civ series (admittedly, I have a tough time jumping the mental hurdle of Abe Lincoln building pyramids). Something about the era just hits the spot.

You might wonder how good a Civilization-type game can be if it covers just a hundred years from the 1830-1930s, but think about all the key stuff that happened then. Industrialization. Rise of the nation-state. Colonialism. Marxism. Revolutions in science and industry. La Belle Époque and the Great War.

The challenges in the game are quite convincing, and there’s all sorts of matters to juggle with everything from the immigrant balance of your population to your tech tree (“I’m going to rush Freudian psychoanalysis”). The game is both broad and deep, broad in that you can play just about any nation-state (some require a little jiggering — if you wish to play Poland you first have to control it as a Great Power, then free it. The game allows you to switch nations if you wish every time you do this) and deep in that it allows you to micromanage your economy, if your political regime allows it, that is.

The different nations do have some realistic flavor built into them. You can take Japan out of feudalism, or try to hold Russia together, wake the sleeping giant that is China, unite Germany, or be those miserable fat Belgian bastards in the Congo.

Me, I started out trying to prove Charles De Gaulle wrong and make Brazil a major power (“Brazil is the country of the future — and always will be” he quipped) but I had to settle for a decent literacy rate and not being a suck-up to any of the Great Powers. When my wife grew tired of my nightly complaints about trying to develop “Dumbexpletivedeletedistan” I switched over to Japan. The aggressively plucky chaps from the Land of the Rising Sun gave me a lot more elbow room to develop. Tip from bitter experience: trying to control the Koreans just isn’t worth it. The European Great Powers will keep sticking their noses into Asia if you give them half a chance.

As a bit of a buff of the period as well as an amateur economist, I found mechanic after mechanic in the game seemingly built to my taste. Finally, a game that ties in administrative policing costs to higher tax rates! Be still my heart! 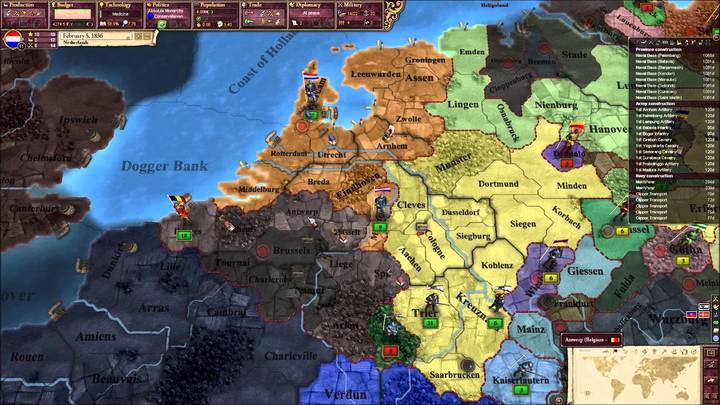 Combat in the game is abstracted, but there are enough factors to consider in picking where and when to fight that I think even Sun Tzu would nod sagely. The AI on land is plenty tough. At sea it’s not quite so good, but if you don’t keep picket ships in strategic areas and in your home waters it will give you an unpleasant surprise now and then. In fact, I had to chuckle at the AI more than once when Europe plunged into a “great war” with the AI running both sides, and just as quickly ended it as things settled into a meat-grider stalemate. The AI is a lot better at saying “whoa, if this keeps going, I’ll be crippled for the foreseeable future” than human intelligence.

Anyway, definitely a “two chicks at the same time” – level experience for history majors. Even if they put Ludwig Von Mises as being unlocked by Keynesian Economics. As if!

You’ll find yourself checking Wikipedia to see just how Britain handled the Crimean War after a few hairbreadth victories against massive Russian armies. 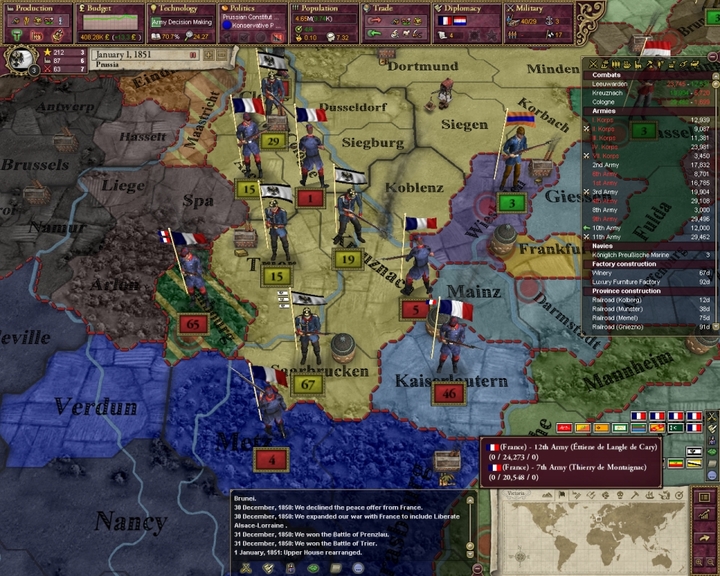 Makes me want to try another Paradox gaming title, Tyranny, which is kind of a “Sauron won” fantasy RPG they did in combination with Obsidian (Fallout New Vegas).

Anyway, Victoria II made me reread Conrad and I recently found out Brian Cox (coincidentally, I was just talking about how much I liked him with John O’Neill) played Kurtz in a little one-off stage adaption of Welles’s famous unfilmed Heart of Darkness screenplay. There is or was video. Have to try and get my hands on it, though it seems impossible.

E. E. Knight is the author of the Vampire Earth novels and The Age of Fire series, both from Roc Books. His last PC game review for Black Gate was Endless Legend.