Whenever I have an idea for a story, it usually came from at least six different places, three or four or which I’ll have forgotten by the time the story is done. Let’s see how well I do this time:

I grew up in a house where bookshelves were the most important pieces of furniture, and I was happy to take advantage, but in a hidden corner of the basement was a particularly important shelf, the one where my dad kept his old 70’s science-fiction and fantasy paperbacks. Roger Zelazny, Harlan Ellison, Michael Moorcock, Gene Wolfe. Not a bad haul. In one of those books, a short story collection from Gene Wolfe, was a story called “The Island of Doctor Death and Other Stories,” which is about a child reading a story featuring a villain who he later imagines (or maybe not, it’s a Gene Wolfe story) breaking the fourth wall and discussing his role as a bad guy. He talks about how he and the hero seem to hate each other, but that backstage they actually get along and understood their interdependence. 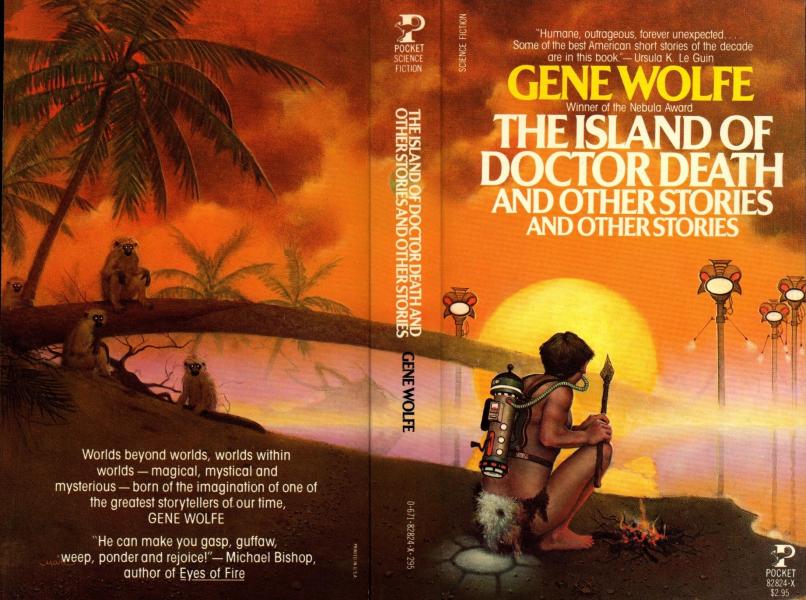 My good writer friend Jenny Seay, who I knew from doing various reading series around Chicago, would often read bits of a novel about the world of professional wrestling. I wasn’t a huge fan growing up, but she made it sound interesting, so I started watching again just to see what the deal was. Then I watched some more, and then I watched some more…

I used to read all of Roger Ebert’s movie review books obsessively. He said something in his review of the original The Adventures of Robin Hood with Errol Flynn that got my gears spinning:

Watch his swagger as he enters John’s banquet hall and throws a deer down before the prince, full knowing that the punishment for poaching a deer is death. Surrounded by his enemies, he fearlessly accuses John of treason against his brother Richard the Lionhearted, and then fights his way out of the castle again. Another actor might have wanted to project a sense of uncertainty, or resolve, or danger; Flynn shows us a Robin Hood so supremely alive that the whole adventure is a lark. Yes, his eyes shift to note that the exit is being barred and guards are readying their swords, but he observes not in fear but in anticipation.

Finally, I had a job that was grinding me down. There’s been a lot of discussion over the last few years, and further back than that, about escapism, and whether it’s a good or a bad thing, but sometimes when you need something you just need it, and what I needed was a place to go in my head where things were different. Without ever quite making a decision, I started plotting a story. I’d been writing for a long time at that point, and was used to letting things bubble up through my subconscious, and I was used to experimenting with different genres and approaches, but this was something really different.

I might have written the whole thing off as a pipe dream. I was a Serious Writer with Ideas, even if I’d largely been published in horror magazines with names like Skulls of Blood, and despite raiding my dad’s treasure trove growing up I wasn’t into modern sword-swinging fantasy all that much. It was too long, too slow, too caught up with tedious world-building. More importantly, it was out of touch with its emotional core in a way that I found awkward and embarrassing.

My weird little daydream wouldn’t go away, though, and what I came to realize was that wish-fulfillment was actually kind of interesting when I stopped to think about what my wishes actually were. Action? Hell yeah. Romance? Sounded good to me. Power? Importance? Kind of, maybe, but those got complicated in a hurry once I started digging into the details. And underpinning everything else, because there’s no such thing as adventure without danger and risk, there needed to be something dark. Something nasty. Something with claws.

The Orphan Fleet (which you can grab cheap for the next few days) was my attempt at putting these ideas into practice. At some point, this weird thing I was trying to get out of my system started to become the system, like a swashbuckly computer virus. Sequels started happening. The Hidden Lands (which you can preorder now) is the first, and there are more coming, with no end in sight. I couldn’t be happier. I am having a blast.

Brendan Detzner writes in a big messy pile of different genres and formats. He’s had stories appear in Pseudopod, Podcastle, Book of Dead Things, the Exigencies Anthology from Dark House Press, and many other places. His work is sometimes funny, sometimes scary, and usually very strange. He lives in Forest Park, IL and runs the Bad Grammar Theater reading series in Chicago.