Last time out, I did a retro-review of Koontz’s early 1970’s science-fiction murder mystery, A Werewolf Among Us. This time around, I’m looking at another of the genre mysteries he wrote early in his career, The Haunted Earth. I enjoyed it when I first read it in 1973, and I enjoyed it again, 42 years later. For those of you who are familiar with Clifford D. Simak’s Out of Their Minds and The Goblin Reservation, as well as the works of Ron Goulart, most notably his The Chameleon Corps, Koontz’s The Haunted Earth has much in common with those: wild imagination, fast-paced narrative, interesting characters, and plenty of humor.

The premise is this: in the “future” year of 2000, Earth is visited by a race of Lovecraft-inspired, benevolent aliens called the Maseni. Not only were we introduced to these tentacle-wearing ETs, they brought with them their supernatural brothers. Furthermore, the Maseni showed us how to “release from bondage” our own mythological and supernatural entities. Thus, Mankind now shares the Earth with vampires, werewolves, minotaurs, dryads, trolls, et cetera, et cetera. 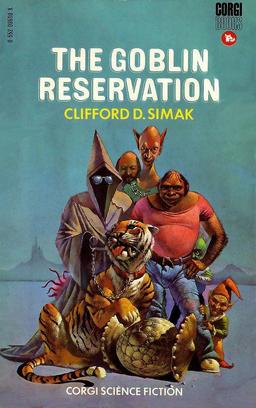 All our myths, beliefs, legends and fairytales are real, and because Mankind created them, they look, sound and behave in accordance to our beliefs. To quote one Maseni character: “As you know, the supernatural is at the mercy of human creation, just as humanity is at the mercy of the spirits’ creation. It is a closed circle. God created us, yet we created God, sort of like your riddle: Which came first, the chicken or the egg?”

Get the picture? I’m sure you do.

The United Nations even drafted rules and regulations and contracts for all of us to abide by, so we could live in peace and harmony. Not all of the supernatural creatures are happy about their new freedom, however. Even a vampire is apt to resent the interference when he’s stopped in mid-bite by the precise wording of the Kolchak-Bliss Decision, which was handed down by the United Nations. We learn just about everything we know about this future world, and this U.N Decision in the opening scene.

We first meet the main character, Jessie Black, a Private Eye hired by the husband of Renee Cuyler to spy on one Count Slavek, a vampire. Slavek is in the act of seducing Cuyler’s wife Renee, a most willing victim, when Blake interrupts him. The Count can’t bite her until he reads her rights to her, and she fully understands and agrees to what lies in store for her. Blake’s timely interruption (or untimely interruption, depending on your point of view) ticks off Slavek, making him Blake’s enemy, and the vampire will play a role later on in the story.

Jessie’s partner is Brutus, a Hell Hound who was once a very infamous man, who assisted in the murder of a Roman emperor and gave a very famous speech. Yes, that Brutus. Blake has another partner, a gal Friday who’s also his lover… the buxom Helena. Koontz does not beat us over the head with it, but he does let us know that Helena has a thing for Brutus, as well; there’s also ménage a trois going on with this crime-solving trio. Hot stuff for a 21 year-old reader (at the time) with tender sensibilities! 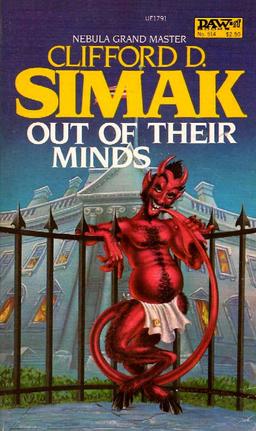 Here’s a little backstory on Jessie Blake. (Could he perhaps the “inspiration” for Laurel K. Hamilton’s own supernatural investigator, Anita Blake? Just musing out loud.) Blake was bored with life and the same old, routine cases. But when the Maseni came to Earth with their supernatural brethren and then introduced us to our own supernatural kinfolk, his life did a 360 and became more interesting, dealing with human/supernatural, human/alien, and human/alien/supernatural affairs involving everything from robbery and blackmail, to kidnapping and murder. Life was good again and Blake was one happy gumshoe.

The plot begins when a Maseni named Galiotor Fils hires Blake to investigate the mysterious, “of natural causes” death of his brood-mate, or brother, Galiotor Tesserat. (There will be no spoilers here regarding what really happened to Tesserat.)

But I will tell you this: the Maseni and their supernatural brothers are peace-loving beings and entities. They live by a code of non-violence. So, when a new species of supernatural appears on the Maseni homeworld, a creature which does not fit into their mythology or the mythologies of any of the races they’ve come into contact with, the ectoplasm hits the fan.

Thus, the intrepid Jessie Blake, Brutus the Hell Hound and the sexy Miss Helena agree to investigate these murders, and they’re quickly shuttled off to the Maseni homeworld. 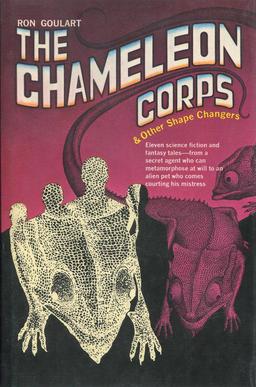 The Haunted Earth is a quick and fun read, filled with plenty of action, some very imaginative creatures, plenty of wisecracks and gallows humor, and a plot that keeps twisting and turning.

Not only are we treated to a mad, mad, mad, mad future Earth, and get to visit the Maseni homeworld, we are taken into the bowels of both human, Maseni and the supernatural underworld, where we meet a cast of shady and unsavory characters. Koontz’s prose is lean, clean and mean: he doesn’t waste words. He creates an interesting mash-up of fantasy, science fiction, and film noir style of pulp fiction.

There are also a few wonderful touches that I thoroughly enjoyed, such as the Netherphone, which is used to call the supernatural world — and it’s a rotary dial phone, to boot! There is a great scene where God is interviewed on the Pritchard Robot Show. Not only is this hilarious and insightful, the interview makes perfect sense — at least to me it did.

Like I said, The Haunted Earth is a fun novel: short, sweet and sticks to the point of its story. I have no idea whether or not a second edition was ever published, but you can no doubt find a copy of this edition at used book stores, and I do know that it’s available from Amazon. If you haven’t read it, give it a shot. I think you’ll enjoy it.

That is all. Thank you!

Joe Bonadonna’s last review for us was Dean R. Koontz’s A Werewolf Among Us.