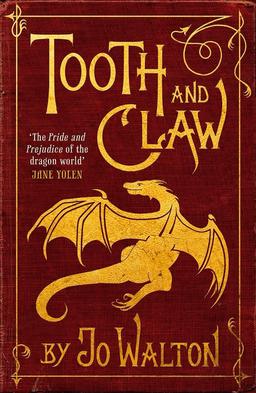 Last time I wrote about cozy mysteries and whether we might have the equivalent subgenre in Fantasy or SF, and I got a couple of suggestions among the comments that intrigued me more than a little. Now obviously, our version of such a thing wouldn’t have the same conventions and elements as the cozy mystery – there likely wouldn’t be a murder, for one thing – and fellow BG blogger Sarah Avery reminded me of a cozy convention I’d forgotten, that the protagonist is never in any real danger. That doesn’t hold true for any subgenre of either Fantasy or SF, where every character is playing for keeps. As readers, we might feel sure that the main character(s) won’t die, but we often find that living has cost them a great deal.

So, are there Fantasy and SF equivalents to the cozy mystery?

One suggestion we batted around a little was the idea of the “intimate” Fantasy novel. This would be one in which the personal stakes might be very high, but in which the global stakes are minor, or don’t exist at all. This is less unusual for our genres then it used to be.

Just by chance the novel that reached the top of my to-be-read pile most recently was Jo Walton’s Tooth and Claw. I don’t know why it’s taken me so long to get to this one, but I’m now recommending it to anyone who holds still long enough – including you. Right from the start, as you can see from the cover art I’ve included, the novel has been compared to Jane Austen’s Pride and Prejudice, and in that manner, it’s certainly “intimate” in the sense that we’re talking about. 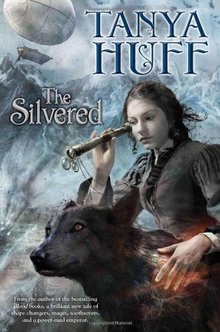 Briefly, the novel tells of what happens when a gentleman dies, leaving his children to deal with their small inheritance, their now-precarious social standing, and the questionable marriage prospects of the two daughters. (Is it just me, or does this sound more like Sense and Sensibility than P&P?)

So, what makes this a fantasy novel? All the characters are dragons.

But we aren’t just seeing the Bennets or the Dashwoods with wings, Walton gives us an entirely created and consistent new world, with its own social hierarchy, and its own rules of etiquette – which include under what social circumstances dragons may eat each other. There’s even a war, though, as in Austen’s novels, it’s something that happens so far off the stage that it might easily be overlooked.

Tanya Huff’s The Silvered (which she’s often referred to as her “Napoleonic werewolf book”) has an similarly intimate feel to it, at least to start with. The protagonist’s main concern, as the story opens, is how badly she’s doing in school, and what that means to her marriage prospects – not that she cares too much about that herself, but she knows how important it is to her mother, and her family’s standing. 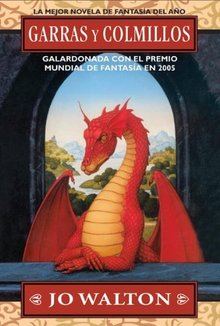 As we’re settling in for a cozy read, however, we find that, as in Austen (and perhaps Walton) there’s a far off war going on. Until suddenly it’s very near. What? You thought Tanya Huff was going to leave a war off stage? Unlikely. The main focus of the novel is still the protagonist’s personal involvement in the war, but that involvement does have far-reaching social consequences. So, despite the opening tone, I don’t think this one could count as any more “intimate” than, say, Naomi Novik’s His Majesty’s Dragon.

Is it me, or are all these books (I’m including Austen) written around the equivalent time period of the Napoleonic wars? Austen, of course, hadn’t much choice in the matter, but what is it about the period that makes it so inviting to modern writers? Does it have something to do with the strict social infrastructure and proprieties? Sure, it helps to have a nice, clear model in creating a complex imaginary world, whether “intimate” or not, but why this model?

Last couple of thoughts. Look at the two covers for Tooth and Claw, (I had to use the Spanish edition to show you what I believe was the original) and compare them to the covers from my last post. One definitely resembles the more “cozy” Delany and Gates covers, while the other seems less “friendly.” Is this an attempt to disguise the “intimate” nature of the work? And if so, why?

And finally, I can’t think of any SF equivalents to the “cozy” or “intimate” novel. Can you?

Violette Malan is the author of the Dhulyn and Parno series of sword and sorcery adventures (now available in omnibus editions), as well as the Mirror Lands series of primary world fantasies. As VM Escalada, she is writing the upcoming Halls of Law series.

In cozy mysteries, while the protagonist may not be (the reader knows) in danger of dying, the protagonist doesn’t always know that, and certainly there can be the threat of arrest. The defining factor is that the blood is always off stage.

Having just re-read it, I’d have to say most of the Pern books by Anne McCaffrey could be considered “cozy” in that there is rarely if ever a mortal threat to the main characters, other than being caught out when Thread falls.

I think Jo’s model for TOOTH AND CLAW was more Anthony Trollope than Jane Austen.

It’s a lovely and all-too-overlooked novel and I recommend it highly.

@RK: you’re right, it’s all pov, isn’t it? The protagonists are certainly frightened enough, no matter what genre it is.

Now I’m going to have to re-read some Pern. Just when I thought I was catching up on new stuff. Sigh.

@ Rich: I can see the Trollope, but there are several passages that are almost word-for-word out of Pride and Prejudice. Specifically there’s a bit where Selendra says that when it comes right down to it, she’s a gently born dragon, and that’s all Sher is. That almost exactly what Elizabeth Bennet says to Lady Catherine about Darcy.

The Pern novels have a main story line, where the future is often at stake and a lot of “Sidequests” which focus on single characters and how they get by (mainly the “Harper trioology, Nerilkas Story, the gift of dragons story and IIRC Dolphins of Pern).
Of course the qorld was established by then, but McCaffrey was a master of telling intimate stories that were real pageturners.