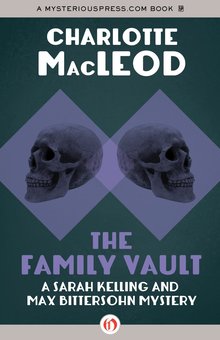 Most of you already know that I’m a big fan of mystery fiction. I’ve been reading all kinds of it for almost as long as I’ve been reading Fantasy and SF, starting with Agatha Christie’s Mystery on the Blue Train when I was fourteen. For that matter, I was the co-founder of the Wolfe Island Scene of the Crime Festival, and many of my friends are crime writers.

I’ve often talked about crossovers, and mixed genre novels, but I don’t think we have anything in our world that’s the equivalent of the cozy mystery. Read on, and let me know what you think.

The easiest way to describe cozies is to say they’re like Agatha Christie mysteries. Though she wasn’t deliberately trying to write cozies – there being no such thing at the time – Christie established many of the standard conventions used by the cozy mystery today. See if any of this sounds familiar to you:

There will be a murder, which often takes place “off stage” and of which no graphic or gory details are given. 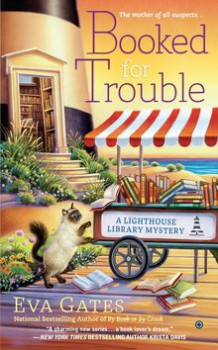 There is a small circle of suspects, all or most of whom have a motive for the murder.

The sleuth is an amateur, usually a young woman in her twenties or early thirties.

She is usually, but not always, a suspect, though she may be cleared of suspicion quite early.

A plausible excuse is given for why she gets involved in solving the mystery. For example, she has to clear herself, or a friend of suspicion, or she believes the police are focussing their attention in the wrong direction, or, the police don’t think a murder has taken place.

Usually, but not always, our heroine has a “friend on the force” or some other type of professional criminalist who helps out.

She has some romantic involvement with one or more of the other characters.

She is instrumental in solving the crime, that is, she doesn’t just figure it out for the cops, but actually confronts the killer, often finding herself in danger.

Laid out baldly like this, the whole thing does seem a bit formulaic, perhaps more than a bit contrived, and cozies are often dismissed on that basis. However, as writers and readers of genres strong in conventions ourselves, we need to tread carefully with this kind of accusation. After all, both Fantasy and SF are often dismissed as relying too heavily on formula and convention by people who aren’t knowledgeable in our fields.

(Aside: having said this, I’m a firm believer in letting people like what they like, and dislike what they dislike. What I object to is summarily dismissing a genre because of what you suppose it to be, or what you’ve heard.) 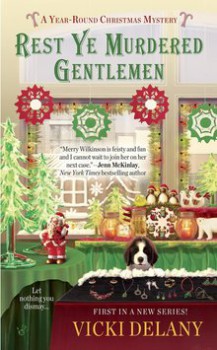 But I digress. All genres are defined by what we call literary conventions. Often, it’s how writers play with the conventions – and play off them – that people find most entertaining and interesting.

In many instances cozies, like series in Fantasy and SF, are identified by the continuing characters – who aren’t always female, regardless of what the conventions say. Christie’s novels are divided for the most part between Miss Marple and Hercules Poirot – though whether he is, strictly speaking, an amateur, is open to debate. There’s usually a romantic subplot, but it never involves either of these sleuths. Charlotte Macleod’s two best known series are identified as “A Sarah Kelling Mystery” even though Sarah marries Max Bittersohn by the third or fourth book, and “A Peter Shandy Mystery.”

Macleod has several other series, and the hallmark of all of them is their humour. The “reality” of her settings is heightened or exaggerated just enough to put a humorous spin on the world she creates. It is in all ways recognizable as the real world we inhabit ourselves – only more so. Though Macleod’s books are much more light-hearted – as befits cozies – they’re similar in this way to the work of Terry Pratchett or Tom Holt.

Still, both Christie and Macleod are classic mystery writers and neither of them set out to write what are now called cozies. Rather, I think that their work can be considered as instrumental in forming the conventions of the modern subgenre. In the last twenty years or so, writers have set about deliberately creating the “cozy mystery” and even though the characters recur, these cozy series are increasingly being identified by location, or by some theme, as in Eva Gates’ Lighthouse Library Mysteries, or Vicki Delany’s Year-Round Christmas Mysteries.

I want to point out that this subgenre is extremely popular, even in comparison with the broader mystery genre, which is second only to romance in general popularity. I also want to suggest that they can be quite difficult to write, considering that publishers discourage their writers from venturing too far from the cozy and narrow.

Hmmm. Do you think Dick Francis novels might be cozy thrillers?

As the book covers illustrate, cozy mysteries seem to be developing their own distinctive cover style. In fact, my local B&N actually separates the cozy mysteries from other mystery fiction in order to make it easier for readers to find them. In this they are becoming more like the romance genre. In fact I think it can argued that cozy mysteries exist at the intersection of mysteries and romance novels with some cozy mysteries actually being more focused on the romance with the actual mystery secondary to the plot.

I wonder whether Jo Walton’s Lifelode might be a cozy fantasy. I haven’t read it, but it’s rising to the top of my To Be Read pile. Although it won the Mythopoeic Fantasy Award, it was hard to sell the the usual fantasy readers because it’s on a much more intimate scale than most secondary world fantasy, and entirely devoid of global cataclysm. The central character runs the household of the lord and lady of a manor, so the domestic details of her work figure prominently. She and her husband are involved in a stable, low-drama, de-facto four-person marriage with said lord and lady, which I suppose would be salacious except for the low-drama part. It’s an odd book. But the word cozy, entirely apart from its association with murder mysteries, is a word that fits what I’ve heard and read about it.

When you put it that way, Sarah, I wonder if you could also call The Goblin Emperor a cozy fantasy …

Intriguing. I haven’t read The Goblin Emperor yet. The sheer atypicality of your description makes me want to read it sooner.

@Chuck: I think you’re correct on all counts. I’ve heard from my friends who write them that people just order the current “set” of cozies as they come out, without necessarily following any one particular author or series.
My brother, who owns an independent bookstore doesn’t carry cozies, or romance novels for that matter. His reasoning is that, while they do sell well, they can be found in lots of different places, and he’s saving his limited shelf space for other things.

@ Sarah: Ok, that one’s going on my list asap, sounds really intriguing, and I don’t know how I’ve missed it so far. It certainly does seem to have the necessary “cozy” feel, though of course we’ll have to read it to be sure.
I’ve heard people use the term “intimate” when they’re referring to a secondary world novel that doesn’t have far-reaching global effects, but isn’t “cozy” much the same?

@ Joe H: I haven’t either, another one for my list.

Violette, I had to think for a while to figure out why I was so sure of my answer to that question, because outside genre context, those words really could be synonyms.

I think one key distinction between the way fantasy readers use the word “intimate” and the way mystery readers use the word “cozy” is that the detective protagonist in a cozy mystery must never be in actual danger or suffer serious long-term harm. One of my grad school friends wrote her dissertation on food writing, and she had a chapter about cozy mysteries, which she’d been reading, ah, voraciously for fun and comfort for years. Her take on it, at least in the early Aughts, was that the fan base for cozies simply wouldn’t tolerate harm coming to the characters they identified with. There could a be a frisson of danger, but the reader always had to know that it would pass.

My sense of fantasy readers want their characters to play for keeps. It’s all right to know the main character will survive, but if s/he survives something big without paying any price, we tend to find the story unsatisfying.

My trunk manuscript — the one that gets the rejections that say “We love your book, we dream in your city, we can’t wait for someone else to publish it so we can buy a copy, and we want to see the next thing you write, but if we take a chance on this book we will lose our shirts” — keeps getting described as intimate. It seems like an accurate description to me, in the sense that there’s no numbing global cataclysm, and the balance between cast-of-thousands set pieces and smaller-scale scenes with characters who know and care deeply for one another favoring the latter. But the stakes are the more real for that, and not everybody makes it out of the story alive.

@ Sarah: Ahah! I’d forgotten that particular convention when I was making my list; you’re right, the protagonist can’t be in any real danger in a cozy mystery. Many of them telegraph this element by using a first person narration.

I would agree that in fantasy (and SF) our characters have to be playing for keeps, the danger is real, and injury if not death has to be a real possibility.

Thank you! I’m going to make one last push to try for traditional publication for that ms. But if my smaller first attempt at crowdfunding and self-publishing works well, and I don’t get a nibble from my long list of agents to query, I’ll just self-publish the Big Book, probably in a little under a year.

It’s a fun read. And literally 50% of the people who’ve read it have reported dreaming about it, unprompted.

Black Gate » Blog Archive » Hey! Let’s Not Get TOO Cozy

[…] Last time I wrote about cozy mysteries and whether we might have the equivalent subgenre in Fantasy or SF, and I got a couple of suggestions among the comments that intrigued me more than a little. Now obviously, our version of such a thing wouldn’t have the same conventions and elements as the cozy mystery – there likely wouldn’t be a murder, for one thing – and fellow BG blogger Sarah Avery reminded me of a cozy convention I’d forgotten, that the protagonist is never in any real danger. That doesn’t hold true for any subgenre of either Fantasy or SF, where every character is playing for keeps. As readers, we might feel sure that the main character(s) won’t die, but we often find that living has cost them a great deal. […]