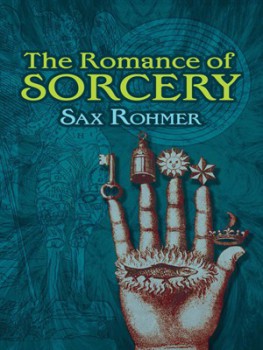 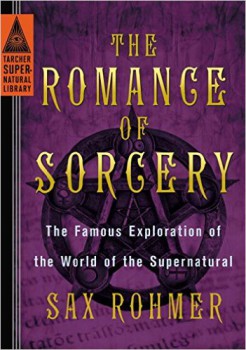 Briney considered that not only the author’s name, but the titles themselves seemed to suggest the works were written by a young Sax Rohmer. The fact that the books were published during the years when Rohmer had not yet settled on a definitive pen name and that the author of these works ceased writing for The Theosophical Society just as Rohmer made a name for himself with his first Fu Manchu novel seemed to further suggest that these were indeed previously unknown titles by Rohmer. Briney referred the matter to Rohmer’s former secretary, Cay Van Ash and to the author’s widow, Elizabeth Rohmer. Both responded that they were unaware of the works and after reading a sample of the text were of a mind to dismiss them as the work of another writer. 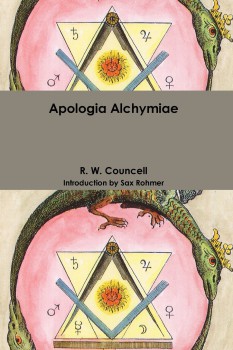 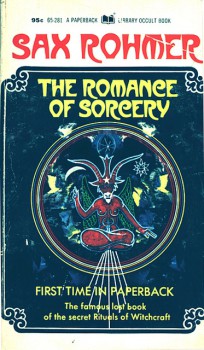 Today, the wealth of information available online has unearthed another British writer also named Arthur Henry Ward who published as Arthur H. Ward during this time period. He was a medical specialist who authored several works on the treatment of syphilis. There is nothing to indicate that the Arthur H. Ward who contributed four theosophical works was this same medical specialist. Briney contacted The Theosophical Society of London, but they had no record for the author after the passage of so many decades. As we have seen, Rohmer’s fiction in this period varied greatly as he sought a style. Considering his own theosophical novel, The Orchard of Tears would be published in 1918 and he would pen an unproduced mystical play, Wulfheim in the 1920s (and later adapt it into a novel credited not to Sax Rohmer, but to the pseudonym of Michael Furey), it remains quite possible that a young Sax Rohmer, under the watchful eye of his mentor, Dr. Councell, was the author of the four esoteric works in question.

The Song of the Flaming Heart is currently available from Google Books in a facsimile edition of the original 1908 publication. The title’s scant 100 pages comprise the lengthy title poem (which is nearly 50 pages long) and presents various theosophical concepts in the form of a faux medieval epic; it is followed  by a collection of 14 sonnets of a similar nature and a one-act mystical play entitled, “The Way of Beauty” which is nearly 30 pages in length and concerns the medieval household of Baron de Courcel (a name which might very well have been derived from Councell when one considers the spelling). This is, far and away, the most accessible of the three titles still in print.

The Seven Rays of Development is available direct from Health Research Books as a spiral-bound 30 page typed manuscript comprising nine short essays. These are not dissimilar to reading The Romance of Sorcery beginning as it does with a discussion of Eliphas Levi, the mage who features greatly in Rohmer’s later occult history.

Masonic Symbolism and the Mystic Way is available from public domain specialty press Kessinger Publishing in a facsimile edition of 180 pages comprising seventeen essays on esoteric truths. Less of an instructional work than either The Seven Rays of Development or The Romance of Sorcery, the book instead is intended for study by initiates of a Masonic Lodge. As one might reasonably expect, the book is heavy on symbolism and largely devoid of any explanations. Much like Dr. Councell’s Apologia Alchymiae, such works cultivate the mystery and evidence their author’s knowledge of the subject matter, but insure that any secrets remain unrevealed.

While we will treat The Romance of Sorcery in some detail in a later article, we should note that seminal work is still in print courtesy of Dover Press. Dr. Councell’s rare Apologia Alchymiae is available from Lulu Press or Amazon.com through my own efforts to make the work available again to 21st Century readers.