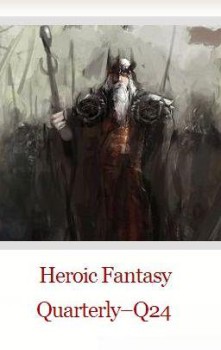 I’m going to start this by getting on my high horse for a second.

When we started Heroic Fantasy Quarterly back in ’09 we had several goals; one of them was to bring a little class back into the public face of editing. We had seen one too many editor panels at conventions that turned into sad little pity parties. We vowed (and at HFQ when we vow something, blood oaths are involved) that we would not do that.  Further, we would blood-eagle ourselves before we bitched, pissed or moaned about having to read slush.

In fact, from day one, we don’t even call it reading “slush”, we call it reading submissions. “Slush” is a fundamentally derogatory term. And I want everyone to know that if you see me on a panel and someone else is going on about the slush pile, I’ve got a devil on my shoulder telling me to bust their stupid face into next week. And all the angel on my other shoulder is telling me is just not to use a closed fist to do it.

With all that out of the way, I will be using the term “slush” and “slushpile” in the following article, as distasteful as it is for me to do so.

I ran into this article at New Republic: “Cheat! It’s the Only Way to Get Published.” The writer was an intern at a literary magazine and, aside from the usual denigration of, and projection onto, the writers on the slushpile, the important part is this.

I was one of four unpaid seasonal interns at my former publication before joining the staff, and one of our responsibilities was to read the piles of unsolicited submissions — the slush pile — and reject them. Once a month or so, the editors would order in pizza and beer for us and we’d spend a night in our group cubicle, dashing the hopes of foolhardy writers with money to waste on postage. I would make it through a few sentences on each one, drunkenly reading selections from the laughable worst, sign the rejection slip… and move on to the next.

Now at HFQ and most other sci-fi magazines, we need our slush; we mine it for the stories we publish. There is a certain calculus brought to bear regarding more famous authors and/or authors that we’ve worked with before, but still, from Asimov’s on down, we’re looking for diamonds in that rough. But it appears that isn’t necessarily the case at literary magazines, and what I find interesting about the article is that this particular magazine doesn’t actually mine their slush for good material:

The great majority of stories that crossed my desk were, of course, terrible. A smaller subset were mediocre; a tiny fraction were good; one was excellent; I rejected it, too. (It ended up in the Paris Review.)… The literary editor at the publication once told me that in his many years only one story had emerged from the slush pile and into print. He said it with some distaste. It hadn’t been his decision and he considered it something of a stunt. We would reject hundreds of stories at each slush session. Yet he would publish just twelve stories per year, each one from recognized writers via agents that he knew. Perhaps other publications handle their slush with more tact than ours, and some make a point of recognizing new writers, but the result is the same: The writers quite literally had no chance. 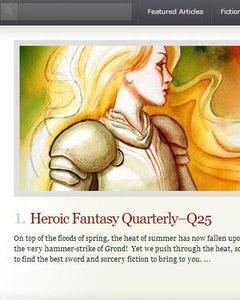 I may be making an apples to oranges comparison between literary publishing and genre publishing, and short story publishing and novel publishing. But I’ve heard of similar rejection parties at genre book publishers. In fact, whenever a book is touted as being pulled out of the slushpile, there is usually a story behind the story: the author’s won some kind of contest, or gotten an agent, or worked for years at the publishing house, or has family ties going deep into the publishing world.

If you read the New Republic article you will note that the author had much more luck with his submissions when he started pushing his position at a literary journal above his actual work (sadly, this does not seem to the case in the genre short story world…)

All this brings up the question of just what the purpose of the slushpile really is? It certainly appears that it doesn’t exist as a method to find good stories/books.

One could argue that “rising above the rest of the slush” might have a certain cache as far as advertising goes, but I don’t really buy that, especially when the vast majority of genre books published are not pulled off the slushpile, and the vast majority of book buyers neither know nor care about such things.

As always, I have a theory. I’ve heard from a number of genre people at book publishers, and they start off a lot like the author of the New Republic article — reading through the slushpile. Some of them make the claim that they “found something” in it, but usually that falls apart if you re-visit the story after getting a few drinks in them. But one thing they agree on whether sloppy drunk or stone-cold sober: they do NOT, under any conceivable circumstances, want to go back to reading the slushpile.

So my theory is that it seems that the only thing that major genre publishing houses actually use the slushpile for is as an internal disciplinary device on their interns/new hires. “You mix a damn fine Manhattan; you’ll be off the slush and dealing with real writing in no time.” “You get another goddamn hair in my latte and you’ll be back to reading slush faster than you can say ‘Mother F— A’.”

Oh, I can’t prove it, but that seems to be the only logical reason. Heck, the slushpile seems to serve as both the carrot and the stick!

Fact: the advent of word processors (and the ability to make multiple copies easily) has made submissions to publishing outlets easier than it has ever been.

Fact: every single well known publishing outlet is snowed under with submissions. (And so are most of the upstarts and unknowns!)

Assessment: too many people write fiction. (I include myself in this, and I’ve got a decent track record). There’s far too much good material to even begin to read it in a single lifetime.

Solution: none that I’m aware of. But quality will out, sometimes, and learning which markets are hopeless for random entrants (THE NEW YORKER, for example) is part of the game.

I’ve only read “slush” (I personally don’t mind the term; one has to call it something) at a few production companies in Los Angeles/Hollywood. By and large, it was awful. But it did get read, and I, at least, took the work seriously. I never tackled a script while inebriated.

In fact, I learned a lot about story structure and character development by reading dreadful work.

So there’s the silver lining, I suppose…

Adrian, I’m very happy that HFQ reads their submissions and actually chooses work from them. I was thrilled to get a story into the magazine five years ago. It took a lot of work to get it polished; I’m not even sure how much back-and-forth Dave and I did in the editing process. But I learned a lot about craft and working with great editors.

For others reading this, write a strong story, and send it to HFQ (following the guidelines, of course). You might get the exciting news that they want your story.

Perhaps for them the slushpile’s purpose is to keep the ravening hordes of desperate writers from showing up in person, manuscript in hand. Correction: that actually does happen on rare occasions, so the slushpile’s to keep it from happening more often.

When I was coediting the Trafficking in Magic, Magicking in Traffic anthology with David Sklar, we actually enjoyed reading most of the submissions. About a quarter of the stories we accepted were ones we’d solicited. All the rest came from an open call we posted on Ralan.com and every other place we could think of for reaching genre writers.

One thing I learned: Sometimes when a rejection says, “Your story does not meet our needs at this time,” it really means exactly what it says. We rejected some great stuff that we were bummed to say no to because it didn’t fit the theme, or we’d already sent an acceptance for a story that approached the theme in too similar a way, or… Well, you’ve been there.

Lawrence Block said that the best training he got was reading amateur manuscripts when working at Writers Digest.

Sorry for not responding to these comments, I was out all weekend, cut blissfully free of these cybernetic tethers!

Markrigney- sending interns/new hires to read through the slush in order not to publish the good things they find there doesn’t actually fix any of the issues you raise. So why does The Man do it? I’m still certain it is a punishment/reward system for those poor interns/new hires.

Wuertz: Indeed, we were happy to get your story. As I said, HFQ mines the inbox for good work. We want good work. We are willing to cut and polish diamonds we find in the rough.

S. Avery: Eh, maybe. I’ve never had anyone but one lone crazy guy try to give me something by hand– and no amount of slushpile policies would have prevented it.

Mudbug: it’s certainly true that you can learn a lot about what NOT to do in the first five pages of a manuscript– but that’s really on a small part of the process– a first base hit. You still gotta get the manuscript back across the plate.

I’ve heard editors of less well-known poetry journals speculate that the only people who bought copies were poets doing market research to place their work. So perhaps in litfic, the purpose of a slushpile is to create enough of an illusion of openness to sell copies to the endless sea of struggling writers?

Otherwise, I am at a loss for any explanation but your own.

Sarah Avery- That is a plausible hypothesis, and one that probably has a lot of overlap with SF/F publishing. However, if that were the case, if publishers kept the slush pile alive as a means to entice potential writers to buy books, then I’d think that they would actually try to get the word out about the great stuff they get off the slushpile, and tone down the fifth-circle-of-hell rhetoric.

Now that you mention the SF/F overlap, I just saw the news that another major imprint is having a brief open reading period for unagented manuscripts, with the usual exhortations to read what they publish. I suspect publishers announce these when they need a sudden influx of book sales.