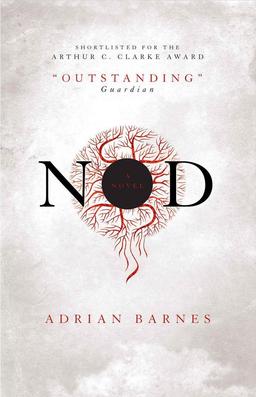 Adrian Barnes’ debut novel Nod was published in hardcover by Bluemoose Books in 2012, and is now available in trade paperback from Titan Books. The tale of an unusual and mysterious apocalypse — one night 99.99% of mankind finds itself unable to sleep, and as one night becomes many, civilization begins to collapse — Nod was shortlisted for the Arthur C. Clarke Award.

Dawn breaks over Vancouver and no one in the world has slept the night before, or almost no one. A few people, perhaps one in ten thousand, can still sleep, and they’ve all shared the same golden dream.

After six days of absolute sleep deprivation, psychosis will set in. After four weeks, the body will die. In the interim, panic ensues and a bizarre new world arises in which those previously on the fringes of society take the lead.

Paul, a writer, continues to sleep while his partner Tanya disintegrates before his eyes, and the new world swallows the old one whole.