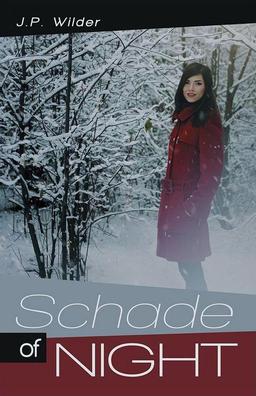 Don’t let the lovely young lady and her smile gracing the cover of J.P. Wilder’s wonderful Schade of Night fool you: Schade Lee does little smiling in this dark, action-packed, modern-day fantasy that reads like a paramilitary thriller graced with supernatural overtones.

Schade has some issues, for sure. But she’s one tough, no-nonsense private detective, who can be as stubborn as a mule, as fearless and reckless as a teenager, and often lets her heart rule her head. She’s a disgraced, ex-FBI agent turned investigator who has been hired to find a young girl named Kylie Berson, who’s been kidnapped by one especially sick and twisted serial killer — a real dangerous foe who often leaves cryptic messages for Schade, usually carved into the flesh of his victims. Kylie may already be dead, but Schade refuses to believe that, to accept that, and has vowed not to lose another victim to this crazed maniac.

The story takes place in and around Flagstaff, Arizona, during a dark and cold season of snow and harsh weather. Schade she sets out to save Kylie, no matter what it takes, no matter what it costs. To complicate matters, Schade has been having dreams and visions… visions of places that are real, and she glimpses disturbing images of things that have or will happen in these places.

Add to that a feeling, a sense of some of mysterious power building inside her, her trusty SIG automatic that is some kind of “foci” that can suck the souls out of those she shoots and kills, and then absorb those souls into her own, and you have a young woman with more on her plate than she may be able to handle. She certainly has no idea why these things are happening to her, or how. But when she does find out, well… you can just imagine how she takes the news. Like I said, she’s stubborn. 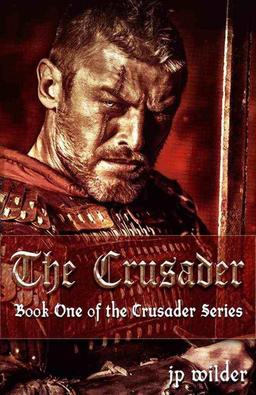 Enter into this a sort of paramilitary group called the Sentinels, who do covert battle with demons, witches, creatures of the pit, and the forces of darkness. Sentinel “Guardians” have been secretly watching over Schade since she was born, keeping track of her and everything thing she does. Now, as her thirty-third birthday draws near, the Sentinels are watching her even more closely, for she is “transitioning” into something they fear and believe will lead to catastrophe, not only for her, but for God only knows how many others.

Schade, you see, has a dark heritage, an evil lineage that will consume and transform her on her birthday. If that happens, her Sentinel Guardian has no choice but to destroy her — hopefully before that happens.

The Sentinels are also tracking this serial killer, whom they know to be Nathaniel Wicken, a near-immortal Pit Lord, a human-demon with infernal power and command of the forces of darkness. They must stop him from finding his cavalry saber, an important and powerful link back to the 1870s, when he committed one atrocity after another against Native-Americans, whites and Mexican settlers.

Supposedly he died in a freakish fire in 1876. But of course, he isn’t dead at all, and has been searching ever since for his sword, his own “foci,” which would make him all-powerful and near invincible, should he get his hands on it before the Sentinels can find it and stop him.

Schade is approached by the Sentinels, and one man in particular, a battle-hardened, seasoned warrior named Colby. His mission is to kill her, if it comes to that. But he tells her of her heritage, explains her dreams and what’s happening to her, and they form an uneasy alliance.

However, Schade remains stubborn and reckless, and refuses to believe what she’s been told. All she cares about is saving Kylie from the serial killer she now knows to be Nathaniel Wicken, the same man the Sentinels are trying to find. Despite this alliance between Colby and Schade, she doesn’t trust or even like the man at first, and she often dashes off headlong into situations without consulting with him, without using him and other Sentinels as back up. 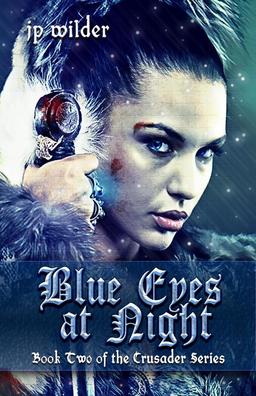 The action is fast and furious, and the body count high as knowledge is uncovered and secrets are revealed. As for Schade and Colby… they grow to trust one another, to depend on each other and learn to work together. They even grow to like each other, and their story is the heart and soul of this novel.

It’s a testimony to Wilder’s talent as an author that he weaves an action-packed, supernatural thriller around two solid characters: the competent, tough and resilient Colby, and the issue-plagued Schade, who comes across at times as unlikeable, rude, confrontational, arrogant, and quite vulnerable. But this is her story, and her arc works perfectly.

We see what she is, what she begins to turn into, and what she becomes when she finally accepts the truth of what Colby and the other Sentinels have told her about her mother and father, her heritage and what is destined to happen to her on her thirty-third birthday. As the novel progresses we see Schade’s fears and her humanity, the depths of her true feelings and her basic decency.

There are many great and graphic scenes of horror and violence in this exciting novel, interspersed with enough character interaction and dialogue that reveals character and propels the plot forward. Finally, after many horrifying and often tragic battles with demons and other creatures from the Pit, Schade gradually bonds with Colby and another Sentinel agent, a Sage named Moira. In time, their uneasy alliance turns into a shared commitment to find Wicken’s sword before he does, to destroy it and him, and to rescue Kylie, if she still lives.

But the question remains . . . can Schade be saved from the dark forces that run through her blood, that want her and plan to use her? Does she have the strength of will to save herself?

If you’re looking for a change of pace from heroic fantasy and sword & sorcery, as I was, Schade of Night is the perfect urban fantasy, combining horror, the supernatural, and enough covert operations to satisfy anyone. Bravo, J.P. Wilder!

Joe Bonadonna’s last review for us was Seeking Revenge Against the Shades of the Dead: S.E. Lindberg’s Lords of Dyscrasia.