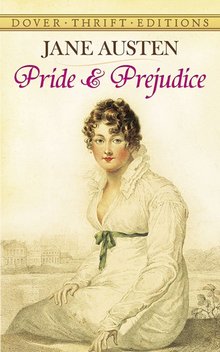 Last time I was talking about those real life events and happenings that never seem to occur on TV, or in books. If you have a look, the comments are well worth reading, and not only because most everyone agrees with me (and William Goldman) on the whys and wherefores of this phenomenon. There were also many examples given of fantasy characters pooping, though not necessarily in the woods.

There did seem to be a consensus that we were in agreement with Goldman, that too much reality could slow things down, not only in TV and movies, but in the written narrative as well. If we do include what one commentator called “the earthier things” they’re usually plot or story related. Or, as another put it, “if it doesn’t propel the plot (not the plop!) strike it.” Couldn’t have put it better myself.

The subject also sparked a lengthy comment stream on Facebook, thanks to James Enge sharing a link to my original post. One woman was prompted to point out that female characters in fiction don’t menstruate – in the same sense, that is, that they don’t poop, which is to say, we don’t talk about it. As a woman, it took me a surprisingly long time to become aware of this particular example of the phenomenon (or perhaps not, considering the dearth of female protagonists until fairly recently). It’s particularly odd, when you think about it, since so many of us link the appearance of psychic abilities in our characters with the onset of puberty.

I actually do touch on the subject of menstruation in my Dhulyn and Parno novels, in great part because Dhulyn is a female mercenary. Her psychic ability (prescience) is linked to her menstrual cycle, in that her visions are stronger, and/or more accurate depending on what stage she’s at – I also mention in passing that blood-stained cloths are burnt in the fire when women are on the road, as mercenary women must be much of the time. My characters don’t talk about this a lot, however, since it’s normal everyday stuff to them, and not something that needs a lot of explanation. 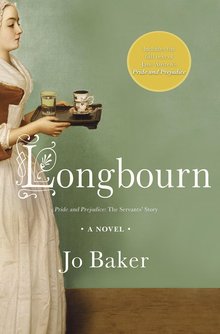 I also mentioned that fantasy characters don’t get their clothes dirty, or that they certainly never washed their clothes. As a general rule, this is true of historical fiction as well, particularly in novels or stories actually written in the time being portrayed (and therefore not “historical” in the sense we usually mean it). A perfect example of what I’m talking about is the difference between Jane Austen’s Pride and Prejudice, and Jo Baker’s homage/pastiche Longbourn which retells the story from the point of view of the servants. Baker’s novel opens with a lengthy and detailed scene of the servants doing the household laundry, which not only lets the readers know that they’re not in the drawing room anymore, but underscores that they’re not in the 21st century either.

Why didn’t Austen include such details in her own narrative? Well, not because people didn’t write about servants in those days (they did, as Samuel Richardson’s Pamela demonstrates), but because writers hadn’t yet developed the habit of including domestic details of everyday life in novels. They didn’t write about things that everyone knew and took for granted. Besides the laundry, they also didn’t tell their readers why it takes three days to get from London to Bath, and how far a horse can be expected to travel in one day.

As genre writers, we don’t always use these details ourselves, but like the people who lived then, we do have to know them. You know, for when we need them to propel the plot.

Two final points: First, the man responsible for including domestic details of everyday setting and life in the novel is Honoré de Balzac, whose Pere Goriot falls roughly halfway between Austen and Baker. Second, when it comes to pooping, all bets are off if the narrative is satirical. Remember that the phrase “excremental vision” refers to works written in the 17th and 18th centuries.

Violette Malan is the author of the Dhulyn and Parno series of sword and sorcery adventures (now available in omnibus editions),  as well as the Mirror Lands series of primary world fantasies. As VM Escalada, she is writing the upcoming Halls of Law series. Follow her on Twitter @Violette Malan, or visit her website:www.violettemalan.com.

I opened my first fantasy novel, The Horse Girl (Ace – 1988), with the protagonist experiencing her first period. This matters to character development and much more.

Even now though, this constant and universal fact of female biology is not included in most fiction, or even historical studies of material culture.

Which makes one wonder too, about the feasibility of burning menstrual cloths when cloth itself isn’t that easy to come by until the textile industrial revolution, and every bit of it is hand-made by women in their homes, or at best in homes that are serving as textile manufacturers, employing a few people and apprentices.

@ C-Foxessa: You are 100% correct with regard to the burning of cloth. I had to do a kind of lesser-of-two-evils thing, in that I had to make a decision, burn the cloths, or keep bloody cloths to wash? For travellers, I decided in made sense (in the context of the story) to burn the cloths.
Where people get their clothes, and where the cloth comes from, is another thing that isn’t treated realistically in either Fantasy or historical fiction.

That’s among the reasons so many of us loved Griffith’s Hild, I think. 🙂 We sure do know where the clothes in Hild’s world come from!