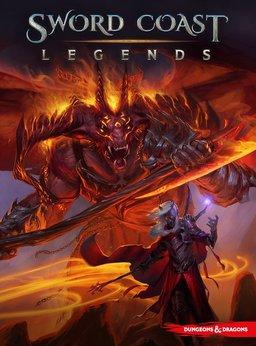 Forbes columnist David M. Ewalt is a not-so-secret Dungeons & Dragons fan. He’s the author of Of Dice and Men: The Story of Dungeons & Dragons and The People Who Play It, and he’s promoted the game in the pages of Forbes over the past two years with an early article on D&D Next, and a fascinating piece on the Books that Inspired the New Dungeons & Dragons. This week he interviewed Nathan Stewart, brand director for Dungeons & Dragons at Wizards of the Coast, to find out what’s next for the Fifth Edition of D&D.

Any plans to tell stories that take place outside of the Forgotten Realms?

If you’re talking about us diving deep and taking a focus like what we’ve done with Tyranny of Dragons, we’re going to stay in the Forgotten Realms for the foreseeable future… But we’re gonna have long cycles, and so when we go all in on Greyhawk or Dragonlance or Spelljammers, that’s going to be awhile… the main focus will be on the Forgotten Realms for a long time.

Is the brand where you wanted it to be at this point?

In my strategy I had wanted a high-caliber video game that really brings back the core of D&D… and I don’t think that in my wildest dreams I imagined that that we’d have a game that really captured the essence of D&D as well as Sword Coast Legends coming out. I think by the end of the year we’ll have this conversation and everyone will agree that we’ve actually delivered that plus some, because we’ve done something that no one’s ever done before, which is really deliver that dungeon master/player tabletop experience in the form of a computer RPG.

To me, it all reads a lot like he is trying to not outright lie, while attempting his best to disguise the fact that they don’t really care for the RPG and have no real plans for it. I don’t think we’ll be seeing much more of the game in the future. Plenty of Forgotten Realms novels and videogames, but there seems no real interest on continuing the roleplaying game. There are some plans for adventures (though eve those sound vary vague and yet completely uncertain), but those have been outsourced to other rpg companies and appear to be meant as tie-in products to the books and videogames.

Transformers started as a toy line and is now a huge movie series, so maybe it will even work out for them. And I think Forgotten Realms has always been pretty huge on novels, and Dragonlance even much more so. So we’ll see.

But I don’t think there will be any real efforts to continue the roleplaying game in any way that would resemble the previous 40 years.

I wish I could contradict you, but unfortunately I don’t have a lot of evidence to back me up. Fifth Edition seems to be a sales success, true, but I’ve seen precious little in support material, published or announced.

We’re approaching the one year anniversary of the Fifth Edition Starter Set (released July 15, 2014), and in that year we’ve seen the three core books, two adventures (Hoard of the Dragon Queen and The Rise of Tiamat), and one accessory (Princes of the Apocalypse). There’s also a new board game that will be released later this month (Temple of Elemental Evil).

That does seem pretty thin on the ground. I believe there was a lot more support for Third and Fourth Editions by this point in their life cycle.

1 accessory and 2 adventures is indeed much more sparse than I realized.

I don’t think the market is there and Wizards knows that. They made several statements during press releases that they were going to take it slow and steady with 5th edition.

There certainly is a market. And from what people have been reporting from trade conventions, the market is actually growing. And several second-rank companies are have plans to launch new games this year. Green Ronin is doing their AGE system, and the Cypher System is getting a generic version without the Numenera and The Strange Setting. There will be a new Conan RPG this summer and Pathfinder is doing swimingly as it always did.
There’s a big and growing market, but people at Wizards of the Coast have apparently decided that it’s not worth their while. They have much bigger fish to fry. I think they are the only public company (through Hasbro) active in the market. All the others I am aware of are privately owned small businesses that are run by the owners. And then there are of course the plenty of micro-businesses that don’t really make any real profits and do it more like a hobby then a job.

I think you’re dead on that smaller companies are proving that there is a market for this material.

However, I doubt that WotC are treating D&D with disregard. These folks understand the market better than anyone. If they’re taking it “slow and steady,” as Glenn notes above, then I suspect it’s because they want every release to be an event.

The strategy with the 3rd and 4th editions was the flood the market with supporting material, and I think we can agree that didn’t work. 4th Edition in particular was a notable failure. I don’t blame WotC one bit for trying a different strategy this time.

More adventures would be nice but a return to having a new rule book every few months would be a disaster. Besides, everyone knows DnD lost its way beginning with Unearthed Arcana. 🙂