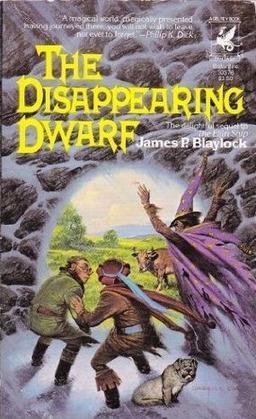 Published in 1983, The Disappearing Dwarf is James P. Blaylock’s second novel, the sequel to his first, The Elfin Ship. Along with The Stone Giant (1989) they form the Balumnia Trilogy. If you have any love for Kenneth Grahame’s The Wind in the Willows, or mouth watering descriptions of all sorts of food and drink, then these books are for you.

The Elfin Ship (reviewed here last year) is filled with constant comical digressions and expends pages on delightful, superfluous details. It’s filled with oddball characters and deliriously silly escapades. The plot is wonderfully complicated. The Disappearing Dwarf has all of those things — save the plot. It’s not that it doesn’t have a plot, it’s just not much of one.

Bored with his new life as man of leisure (allowed by the success of his travels in the previous volume), Jonathan Bing, master cheesemaker, agrees to take a trip down the Oriel River with Professor Wurzle to explore the abandoned castle of their foe, Selznak the dwarf. The castle, they quickly learn, is not empty — and definitely not safe.

From there they meet Miles (pronounce Meelays), the Magician who is hunting Selznak. He tells them that their old nemesis has reappeared, and is certainly up to no good. The magician suspects the dwarf is looking to steal a great magical orb from their friend, Squire Myrkle. Upon reaching the squire’s estate, they discover that he has vanished through a magical door that appeared in his library. The next thing we know, Jonathan, the Professor, and Miles (along with Ahab the dog), are back on board the elfin airship and headed for a doorway to the parallel world, Balumnia.

Narrative drive is nearly absent in The Disappearing Dwarf. Jonathan’s goals switch from one thing to another several times throughout the book. The adventurers spend much of the book traveling from one place to another without ever really knowing what they’re trying to achieve, other than their rather vague plan to find the squire before he falls into Selznak’s clutches. Balumnia has its own villain, a mysterious figure called Sikorsky, but as with the rest of the characters, we never get a clear sight of him or what he’s actually up to. Several characters fade away. One vanishes only to suddenly reappear with little explanation. The book moves haphazardly from one incident to another. Fortunately, most of those incidents are terrific fun.

As lighthearted as The Disappearing Dwarf is at times, there is a spookiness to much of the book. On their way to the dwarf’s old fortress Jonathan and the Professor encounter a witch who scares them out of their wits. For the rest of their travels, each time something goes wrong for them the old witch appears at the center of things.

The old woman stirred and fingered the lace on her sleeve. She smiled slowly with her mouth, but her eyes didn’t move. Jonathan noticed with horror that she hadn’t any color in her eyes, that they were the same dead milky gray over all, like the belly of yesterday’s fish. It was as if they’d been drained over long years of their color and sight, and the old woman had faded like a lizard on a rock to become part of the general colorless murk of the swamp.

Each time after that first, she appears more terrible and more dangerous. 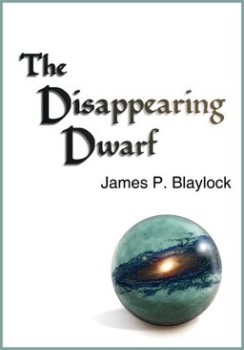 The most thrilling and creepy part of the book comes about halfway through. Jonathan and company have secured passage downriver to the city of Landsend aboard the steamboat Jamoca Queen piloted by the redoubtable Cap’n Binky. Unfortunately, the Cap’n has something that the grasping Sikorsky wants for himself: the greatest and most renowned coffee in all Balumnia. For thirteen years, Cap’n Binky has brewed two great urns of coffee. Everytime the water gets low more is added. Bits and pieces of the original grounds remain in the bottom of the pots. In times of emergency even river water has been used.

The Professor had been correct. The stuff was astounding, incredible — like nothing he’d tasted before, and that was saying quite a bit. He was no slouch himself when it came to brewing coffee, and he had, years before, been at Brompton Village at the food fair when Leo MacDermott and his brother had brewed up a pot of the fabled Jamoca Blue. Cap’n Binky’s blend, however, held the aces. It was so rich as to be almost creamy, and there were a hundred unidentifiable flavors in it. Just when he’d come to the conclusion that it was almost chocolaty, he couldn’t find any chocolate at all. And when it seemed, after the second sip, to resemble one of those dark stouts made with burnt barley, that flavor disappeared too, only to be replaced with the unmistakable essence of strange spices.

“This is the finest thing I’ve tasted,” Jonathan told the waiting Binky; as he took another sip, the faint promise of weedy river water appeared momentarily. Not in such a way that when he drank it he thought, this tastes like river water, but as a strange, half-lost memory of wide, deep, cool rivers that mingled somewhere deep in his mind with the waters of the sea.

I don’t drink coffee. Can’t stand the stuff. After reading that passage I was sad that I don’t. I can understand why Sikorsky tries to steal the stuff. 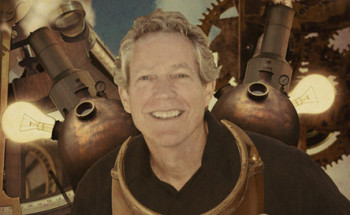 And try he does. In the middle of the night he unleashes on the Jamoca Queen and her captain a headless man, the witch, and an army of men made of seaweed. The battle between Sikorsky’s minions and the crew and passengers is brutal. While Jonathan fights away on the dark, mist-shrouded deck, spells light up the sky above. It’s so exciting, though, that nothing comes close to it again in the book.

While there are more funny encounters and delicious meals, the book limps along to the end. The final showdown is lackluster and hasn’t the same amount of fire and energy as the riverboat fight. A villain is knocked out, and an army mentioned chapters earlier finally appears. It’s a bit of a letdown.

Nonetheless, I really like The Disappearing Dwarf. It’s filled with Blaylock’s nearly trademarked bits of whimsy (a shop selling a stuffed hippopotamus head with a stuffed pig in its mouth and a mouse in the pig’s mouth) and characters driven by strange monomanias (the Strawberry King). The love of excellence — whether in food (I had to stop at one point to find a recipe for steak-and-mushroom pie), books, or good companionship — are present in almost every chapter. You could do far worse than spend your time with Jonathan Bing and his cohorts.

The three novels in this series are: