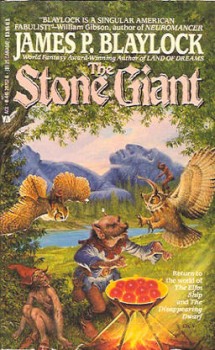 Six years after the second Balumnia novel, The Disappearing Dwarf, James P. Blaylock returned one last time to the series with The Stone Giant (1989). Instead of continuing the adventures of Master Cheeser Jonathan Bing, Blaylock went back in time to reveal the origins of the scandalous, piratical-looking Theophile Escargot. If the previous volumes seem inspired by the adventures of Mole and Rat in The Wind in the Willows, this one reads Toad all the way. Click on the links to read my reviews of the other two Balumnia novels: The Elfin Ship and The Disappearing Dwarf.

A secretive, conniving fellow in the two previous volumes, here we get a peek into just how Escargot’s mind operates, and what leads him to leave Twombly Town and take to the roads and high seas in search of adventure. Stirred by a fit of pique, he steals a pie his wife had locked in the cupboard. This act of domestic thievery eventually leads him into the path of certain dangerous characters, which convinces him to get out of town as fast as he can.

Escargot’s wife regularly locks all the pies she bakes in the cupboard, doling them out to him only a slice at a time in order to get him to lead a respectable life, get a job, and attend church. Unwilling to do any of those things, one night, while his wife and their daughter, Annie, are sleeping, Escargot breaks the locks and steals a peach pie. He then wanders off for a stroll in the moonlight.

When he comes home the next morning (after a run-in with a pack of goblins), he finds the door to his house padlocked and a note inviting him to never return home. Most of the town, long familiar with Escargot’s approach to life and responsibility, is on his wife’s side, leaving him with nowhere to turn. Living on river squid and apples, he relocates to a drafty, abandoned windmill for shelter while he tries to figure out what to do next.

It’s not that Escargot isn’t unaware of his shortcomings and predilections:

What had happened, he wondered, to his marriage. He wasn’t prime husband material; that was certain. When it came to being husband material, he was pretty much tangled together out of old rags. He liked fishing a little too much, and he believed that work was something a man did when he had to. He had always been able to get along well enough without it, especially for the last couple of years. A little bit of barter at just the right moment would keep things afloat — a squid clock, perhaps, for a pair of boots; the boots for a brass kaleidoscope and a penknife with a bone handle; the knife for a hat and the hat for a coat and the kaleidoscope rented out for a penny a glimpse. A man could keep busy forever, couldn’t he?

It made him tired to think about it, but not half as tired, apparently, as it had made his wife, who pointed out that he was “too heavy for light work and too light for heavy work.” Escargot’s defense — that he had an artistic temperament suited more to philosophy than to work — had rung false even to him. He had no excuse; that was the truth of the thing.

Unable to see his daughter, the one bit of light in Escargot’s life is barmaid, Leta, who has entranced him as much with her love of the adventure novels of G. Smithers as with her beauty. Things start to go really wrong for 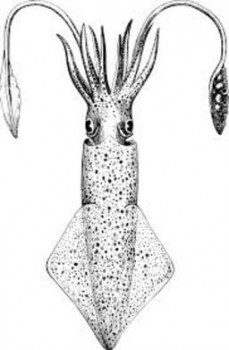 Escargot when she introduces him to her uncle, Abner Helstrom. To readers of the previous two books, Helstrom, a dwarf with a brass-tipped cane and a wide-brimmed hat, is familiar as the villainous enchanter, Selznak. He promptly tricks Escargot into giving him a bag of magic marbles he bought from a traveling bunjo-man.

While trying to recover his marbles Escargot is frightened off by three witches. One of them, after changing into a cat, makes another, even more disturbing transformation:

The cat seemed to shimmer and waver, to grow and shrink and then, in a blink, it was Leta who crouched on the floorboards, holding in her hands his signed G. Smithers, shredded and stained, the binding hanging by a half dozen stretched threads. Then she was a cat again shaking with silent laughter, the mouse in her teeth. Once again the vanes revolved, and when they came back around there was Leta, grinning out at him, red dawnlight reflecting off her eyes. She shimmered once again, metamorphosing into a hunched, cat-like shadow and then into the old, bent woman with milky eyes and hair like cobweb.

That’s enough to convince Escargot to flee Twombly Town, and make his way to the great port, Seaside. And there, sadly, is where The Stone Giant falls apart. Discovering there’s more to Leta than he first realized, Escargot takes it on himself to track her down and save her from the clutches of Helstrom. Just as a coherent storyline seems to be shaping up, it dissolves into an unconnected series of oddball, albeit hilarious, encounters. 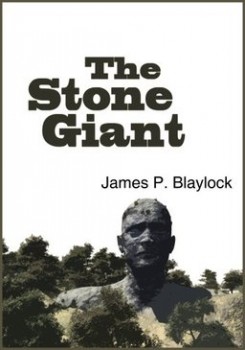 It takes several chapters, which in such a short book feels like a very long time, before things get back on track. If the book was supposed to be only a collection of loosely connected escapades like The Wind in the Willows all would be well, but as it’s essentially trying to be a heroic quest tale (defeat the villain, save the girl and the world), it’s a little disappointing.

Broken into its individual parts, The Stone Giant is still fun. Like in the preceding books, Blaylock crafted a story of engaging characters, cozy settings, and goofy adventures. Escargot is one of the most likable and ridiculous rogues in fantasy. His evolution from layabout and pie-thief to actual hero is terrific. Among the funniest bits is when he is shanghaied onto a ship in the tea trade and finds himself in the middle of a silly — and spot on — parody of 20,000 Leagues Under the Sea. Since he never has a handle on what’s going on around him, Escargot’s interactions with everyone provides endless opportunities for comical misunderstanding. Packed into the book are also scads of mad goblins, miniature leaf-riding spearmen, trolls, witches, and the titular giant, slumbering under the earth.

If you’ve read the first two novels, and you really should have, it’s worth getting a cheap used copy of The Stone Giant. Unfortunately, it lacks the charm of The Elfin Ship, or the less successful The Disappearing Dwarf. All in all, it’s a lackluster finish to an enjoyable trilogy. After this book, Blaylock never returned to the series. I suspect he, having hit his stride with The Last Coin (1988), discovered his métier writing contemporary fantasies and was satisfied to continue in that direction.

Here’s all three reviews in this series: