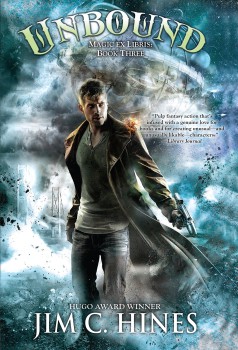 Here are just three indications of how great these books are:

You certainly can’t go wrong with a series of books that contain a subversive campaign to resurrect Firefly.

Unbound has a satisfying resolution, but leaves open the possibility for future books. And, in fact, Hines began writing the fourth book back in September. However, for those who are looking for their next Hines fix, they don’t have to wait for the next book in this series, because in August Fable: Blood of Heroes will come out. It is a novel set in the universe of the Fable video game series.