OK, despite the title, there are no explosions or car crashes in this post.

However, as a Canadian, a SFWA member, an Asimov and Analog author and an audio listener, my thoughts on awards season can get a bit jumbled. Someday, I’ll make a nerd-pleasing Venn diagram about it…

The scifi/fantasy/horror field is in constant motion and there are a ton of brilliant writers out there. The Nebula and Hugo and Aurora nominees for the past few years, as well as the Year’s Best collections and the Locus Recommended Lists, give anyone a great place to start discovering the genre(s).

I nominate for both the Hugos and the Nebulas, often using the recommended lists as the bases for my reading; those lists are stored in the ultra-secret passages on the SFWA boards, guarded by three-headed dogs and passwords that have to have a number and a symbol in them. Members of SFWA can nominate and vote for the Nebulas. Anybody who is attending Worldcon or attended the last Worldcon can vote in the Hugos, as can people who have supporting memberships (which seem steep to me at $50, but it is what it is).

As I’m primarily an audio consumer, to round out my short fiction reading, I also listen to as much of Lightspeed, Clarkesworld, Tor.com, and Beneath Ceaseless Skies as I can.

I’ve never voted for the Parsec Award (the one for speculative fiction Audio works), but I listen to so much audio short fiction, that I feel I really should. I’m going to figure out the process and participate in 2015.

So, what’s on my radar as I think of exercising my nominations?

There’s never a shortage of good work. I’m aware of some great Canadian works that I feel should have more profile. These include Breakpoint: Nereis by Alison Sinclair and Javenny by Al Onia, both by small Canadian sf press Bundoran.

New writer Robin Riopelle‘s ghost story novel Deadroads is getting good buzz and her writing is beautiful, while Julie Czerneda’s Play of Shadow  is a fantasy with a new tone. And Marie Bilodeau (who is a fellow BG blogger — she recently debuted with a look at the practical benefits of the Chainmail Bikini) has concluded her sci-fi saga with her sixth novel, Destiny’s War. 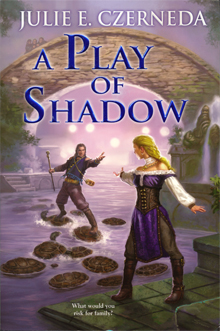 I haven’t read Ancillary Sword yet, but don’t doubt that it will make either the Hugo or Nebula after last year’s wins, so I’ll have until March or April to finish it. There are a few others that will likely make one of the two big ballots, like Jeff van der Meer’s Annihilation, Daryl Gregory’s Afterparty, and a few others. I’ll read those once the ballot is set.

So, key message here: there are some fantastic fantastic authors out there who are producing great work.

In short fiction, there’s a lot of great stuff out there too.

I loved “We Are The Cloud” by Sam Miller, and I know I still have to read “The Devil in America” by Kai Ashante Wilson, a story for which I’ve heard nothing but praise. Andrew Barton, a new hard sf writer, wrote “Three Years of Ashes and Twenty Years of Dust” for the political sf anthology Strange Bedfellows, and the new online magazine Lackington’s published “A City on Its Tentacles” by Rose Lemberg, a story that is unconventional in all the right ways, and “Bonsaiships of Venus” by Kate Heartfield.

Lightspeed podcast “No Lonely Seafarer” by Sarah Pinsker, as well as “A Box, A Pocket, A Spaceman” by E. Catherine Tobler, both of which did beautiful things with voice. I haven’t read “The Lonely Sea” by Amal El-Mohtar from Lightspeed yet, but I love her writing and it’s on my reading pile.

I bought Hieroglyph, a new optimistic sf anthology edited by Kathryn Kramer and Ed Finn, and I want to read By the Time We Get to Arizona by Madeline Ashby and Degrees of Freedom by Karl Shroeder (both authors are futurists) and The Man Who Sold the Moon by Cory Doctorow.

Helen Marshall, a recent BFSA winner produced a great humor love creep story called “Death and the Girl from Pi Delta Zeta” in Lackington’s. Another is on my reading pile — it’s from Beneath Ceaseless Skies and is called “Crossroads and Gateways.”

Matt Moore is a very subtle writer of dark fiction (sf and fantasy) and his Of the Endangered is on my to-read pile. Matthew Johnson had a good 2014 with “Rules of Engagement” in Asimov’s and a whole collection (mostly his Asimov’s stories and other that were published in nice places).

This list ought to look breathless, but luckily I can finish up my reading relatively quickly because a piece of short fiction can be read, appreciated, and mulled over in less than an hour.

I usually don’t have much to contribute to the Graphic Novel category of the Auroras, but Dominic Bercier produced the absolutely beautiful Treadwell. Bercier is also one of my choices in the artist categories.

The Auroras also include a related works category which catches collections, anthologies, and magazines. Helen Marshall had a new collection called Gifts for the One Who Comes After, as did Matthew Johnson, called Irregular Verbs, and David Nickle, with Knife Fights and Other Struggles. Editor Hayden Trenholm produced a brilliant political sf anthology called Strange Bedfellows (which I discussed in a previous post).

New, odd-in-a-good-way magazine Lackington’s produced some very interesting work and Post-Scripts to Darkness, an ongoing dark fantasy anthology series, produced volume 5. In the same category, the specfic poetry magazine Goblin Fruit and the venerable sf/f magazine On Spec are also on my short-list radar for the Hugos and the Auroras. 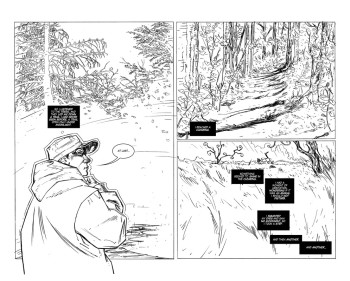 There are a few fan organizational events I’ve got on my “certain to nominate list”, including the ChiSeries, which is a reading series that happens in Toronto, Ottawa, Winnipeg and Vancouver that pulls together local fans, artists, writers and people who serve beer to listen to readings. They are a ton of fun and, speaking only for Ottawa, have transformed Ottawa’s literary night life.

I’ve obviously got a lot more reading to do, both before and after the nominations come out, but I’m doing my best to try to keep up to speed on the best work in the field. If there are works you think I should consider (or even other awards I’m not yet paying attention to), please comment below.

If anyone is curious about my own fiction, I only had three pieces published this year: two hard sf novelettes in Asimov’s and Analog (“Schools of Clay” and “Persephone Descending,” respectively), and a short fantasy story (“Buddha Circus”) in the anthology Dark Phantastique.

If you’re interested in checking any out, “Schools of Clay” has been conveniently podcast in audio at StarshipSofa, episode #364.

Derek Künsken writes science fiction and fantasy in Gatineau, Quebec. You can find out more about him at www.derekkunsken.com or @derekkunsken. His latest story, “Ghost Colors,” is on stands now in the Feburary, 2015 issue of Asimov’s.