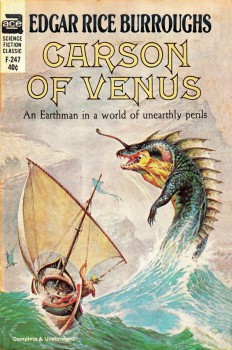 When we last left our intrepid blogger (me) two weeks ago, he had blogged (see Parts I, II, and III) about the superhero genre, pre- and post-Watchmen, the kind of light that Alan Moore’s Watchmen shone onto superhero comics, as well as the core conventions of the planetary romance form. He had set up a planetary romance situation that was ripe for a Watchmen-like treatment, both the pretty parts and the ugly ones.

So our classic, morally unambiguous pulp hero has overthrown the dictator. This is where the classic planetary romance ends, with the hero riding off into the sunset or basking in his successes. But in an Alan Moore universe, this is only the set up.

We have two other heroes, Radulovic and al’Barri, connected to other parts of the alien world’s society in less overtly heroic ways, and they see things that Smith does not. True, the dictator is gone, and ostensibly, some new, more benevolent power is on the throne, or perhaps it is even a presidency or prime ministership if we want to be more modern.

Without moral judgment of any kind, I will point out that dictators can have the effect of imposing an unwilling peace. Tito in Yugoslavia, backed by Soviet help, kept ethnic tensions between Serb and Croat and Bosnian from flaring.

And under Saddam in Iraq and Assad in Syria, the large-scale ethnic violence we’re seeing now was not occurring. To be clear, I am not advocating dictatorships. I note only that one of the major foreign policy risks of the modern world is touching a situation that could get even worse than it was before. 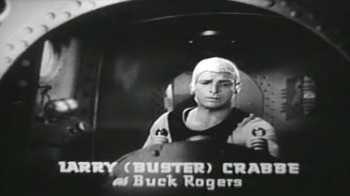 Suppose that happened in our planetary romance? Smith may have toppled the dictator and brought freedom to the world, but what if some people wanted to use that freedom to settle old scores?

We can argue that old hatred can die, but the counter-argument is that the grudges in the Balkans trace roots back 600 years. Sobering. So, from having one kind of problem (an oppressive and hated dictator), Smith suddenly has many dozens (ethnic factional conflicts). Smith’s heroic life has just gotten a lot more complicated and is definitely not classic planetary romance anymore.

The one possibility for averting really costly wars (and one that doesn’t always work) is representative democracy. Leaving World War I aside as an unfortunate counter-example, for the most part, democracies don’t seem to want wars. Here, it’s interesting to think about what societal infrastructure one needs for a democracy to function. De Toqueville, traveling through the early days of the USA, noted that there was a very healthy local-level democracy in place. 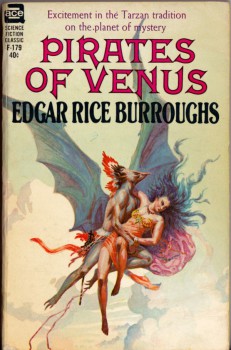 Mayors and reeves and legislatures and governors and so on were common in early America, and provided a training ground for young politicians to gain experience to successfully leap to state and national politics. There are too many examples of western foreign intervention where, when “given” democracy, we seemed surprised that it doesn’t stick. Where democratic structures do not already exist to allow people to practice communal compromises, large-scale democracies have a hard go of it.

So when Smith’s overthrow of the dictator leads to sectarian violence, there’s no immediate societal forces he can draw on (or knows how to draw on, because moral ambiguity and the skill of compromise are not in the make-up of the classical planetary romance hero). No one can make a peace.

And, in the finest Alan Moore style, the well-intentioned, if mildly naïve hero, then becomes ridiculed and reviled by those he sought to save. The warlords do not respect him. The people being crushed by the warlords hate the dark age of violence Smith’s idealism has brought upon them.

What do Radulovic and al’Barri do? For the sake of irony, I would have them measure the way things are going, looking at the possible results of various courses of action, and decide to back the dictator in exile. They help bring him back to confront the now-fractured warlords, crushing one, then the other, and even capturing Smith, in classic Merciless style, before ascending his imperial throne again, not exactly cheered by the people, but crowned against a background of relieved silence as non-combatant families bury their dead. 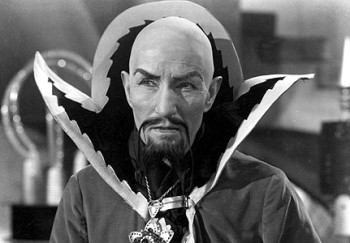 But, where does this ending leave us thematically? Is this a message of non-intervention? Is it a message of soft diplomacy? That’s a hard sell in any case against the actions of ISIS in the Middle East right now. But we’d set out, eight weeks ago, to take a look at what it would look like to treat planetary romance the way Alan Moore had treated the superhero.

It isn’t pretty. It turned out to have uncomfortably many symbolic and thematic links to 20th century foreign policy. Our well-intentioned pulp hero does what is, microscopically, the right thing, in the moment, based on a set of inflexible moral maxims. The consequences of such actions hold the hero up to ridicule and rejection, despite his best intentions.

Derek Kunsken is a writer of science fiction, fantasy and sometimes horror, living in Gatineau, Quebec. You can find out more about him at www.derekkunsken.com or @derekkunsken. And incidentally, his latest story is the cover story of the November, 2014 issue of Analog Science Fiction and Fact, and takes place on Venus, although Ming is not the heavy…

I saved typing another response to this one, not wishing to sound trollish. I hold fast that this plot idea is hardly original, nor even the transcendence of the genre. A set-up for crude mockery of pulps, which is again not original, even as “Cliché” as said Pulp themes and tropes.

Let’s put it this way;
“Again, without the hand of the father, the children run amok. They destroy their very house without his strict hand to guide them. Surely you realize this by now, stop fighting me and take your deserved place as my general…and Disciple!”
—From, I think, a “Gold Key” Flash Gordon I chewed to bits coz I was still in Tie Dyed Diapers but read fervently as I did it. Ming the Merciless in one of his countless Paleo “Comic Book Deaths” comes back to try to re-sieze Mongo, this time during a civil war between three or five or seven factions. Flash –again- has to defeat Ming and find out which character kidnapped who’s daughter or poisoned who’s leader at the “united kingdoms of Mongo” and broke it apart –AGAIN- into Civil War…

There’s lots of neat ways to pay tribute to and/or deconstruct the pulps. Imagine the classic “Fu Manchu” using modern politics and “Political Correctness”? Imagine the impact of a character like “The Spider” on crime and society. Imagine also one of those “Sword and Planet” worlds… What’s REALLY going on to create such a world? For a tangent I’d say the “Star Wars” universe would have to be a near-Level 4 civilization pretending it’s a level 3 for some reason, and a good story (in a non-lawsuit similar setting) would be how and why…

[…] What Would it Look Like to Pull a Watchmen on Planetary Romance? Part IV – The Conclusion […]