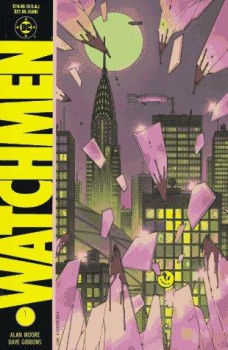 I’ve been musing lately about the conventions of the comic book form we’ve inherited from the past and how they match to the sensibilities of the present. They don’t easily fit without suppressing either the core superhero conceits or the realities of the modern world.

Most of the traditions of the superhero genre were born in a very brief period between 1938 and 1945, a time which birthed Superman, Batman, the Justice Society, Captain America, the Submariner, and the Human Torch, as well as many other less memorable characters.

The idea of the secret identity, of defending truth, justice and the American way, of the repeated conflict with the nemesis villain, and of just relentlessly defeating crime, were all in those first seven years. The only idea I can think of that seems to me essential to the superhero genre that was not formed in those times is the idea that the characters never really die (except for Uncle Ben, Gwen Stacy, and Bucky, as the famous rule inaccurately goes). 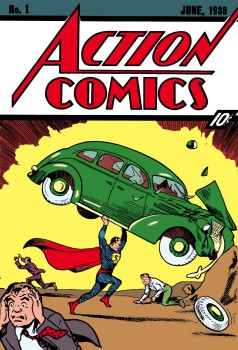 The most interesting conceit of the superhero mythos to me is that some form of extra-governmental vigilantism is needed. Superman was born in a period of economic depression, high crime, and not even a decade after the phenomenal gangsterism of the roaring 20s. So it is perhaps not surprising that teens and kids might imagine vigilantism as a solution to all of society’s problems.

Our modern world has all sorts of problems, but we have not chosen vigilantism as the solution, and this was one of the major punches Alan Moore landed on the superhero form. In Moore’s world, the kind of people who venture into the night in their underwear to visit violence upon criminals were at best naïve, and at worst, suffering from mental illness. Moore turned superheroes into the target of ridicule, rather than the awe-inspiring stuff of heroism.

But part of Moore’s treatment of superheroes was also sympathetic; he recognized the core mystique of heroes. In the Owl, he created a mentally-balanced, well-intentioned, humble set of heroes who captured the idealism and generosity of the admirable superhero.

There were personal motivations to be sure, but selflessness was there. This complexity of the collision of modern adulthood and the juvenile form of the 1930s is part of what made Watchmen such a powerful work. 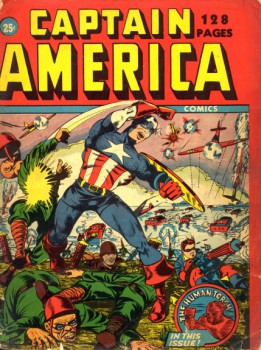 Moore’s Watchmen in the 1980s had a powerful impact on the field. In some ways, especially by the big two publishers, the impact was mostly ignored. In other ways, a more noirish tone crept into the comic form, even at the Big Two.

And within the burgeoning independent field, comics departed from superheroes altogether, moving into science fiction, horror, fantasy, urban fantasy, humor, and so on, all forms with their own conceits and their own way of coming to terms with the modern world. But without a doubt, Alan Moore did something cathartic to the superhero genre.

My musings over the last couple of weeks have led me to wonder what other forms have passed their conceptual expiry dates and are ripe for a Moore-ish cathartic event. I concluded that planetary romances, the adventures of John Carter, Carson Napier, Buck Rogers, Flash Gordon, and so on, were ripe for this kind of look.

In two weeks, I’d like to take what I started here and see what would happen if a similar Moore-ish treatment were to hit the planetary romance genre. So in the best pulpish tradition of cliff-hangers, we’ll see you here in two weeks for Part II….

Derek Kunsken is a writer of science fiction, fantasy and sometimes horror, living in Gatineau, Quebec. You can find out more about him at www.derekkunsken.com or @derekkunsken.

Unfortunately, comics have moved even further and are becoming just another vehicle for dreary social commentary.

Also, vigilantism is quite normal in much of the world.

Black Gate » Blog Archive » What Would it Look Like to Pull a Watchmen on Planetary Romance? Part IV – The Conclusion

[…] we last left our intrepid blogger (me) two weeks ago, he had blogged (see Parts I, II, and III) about the superhero genre, pre- and post-Watchmen, the kind of light that Alan […]