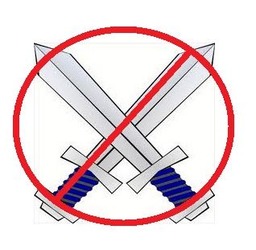 Five weeks off have done a lot to recharge my batteries. Among other things, I actually read several books that are not swords & sorcery in the slightest. Among them were Tinker, Tailor, Soldier, Spy and The Honourable Schoolboy by John LeCarre (rereads both), The Children of Old Leech edited by Russ Lockhart and Justin Steele, Killer Move by Michael Marshall, and Miami Blues by Charles Willeford (also a reread). I recommend all of them highly.

I also read the first of Rafael Sabatini’s Captain Blood books, Brethren of the Main, and am in the midst of reading The Chronicles of Captain Blood. I can place the revival of my obsession with pirates at Howard Andrew Jones’s and my seven-year-old nephew’s feet. These are books you will definitely be hearing about in the near future.

But enough blather; I’m here to fill you in on the past month’s S&S shorts. Between Swords and Sorcery Magazine #31 and Heroic Fantasy Quarterly #21, six new stories made their appearances this past August. You may not love every story or even the ones I do, but I can never stress strongly enough the need to check them out for yourself. The authors and editors need to know there’s an audience for the work they’re doing.

As he has every month for the past two and half years, Curtis Ellett presented two new stories in his most recent issue of Swords and Sorcery Magazine. In the first, “Red Cat’s Marriage” by Melanie Henry, the skillfully manipulative daughter of a king brings dire consequences down on herself when she tricks a man into marriage. While well written, it’s not suspenseful nor really fantasy, let alone swords & sorcery.

Paul Miller’s “A Promise Made” is nice meat-and-potatoes S&S. It’s right on target, giving the reader a heroic sword-wielding main character, a dangerous world filled with deadly denizens, and innocents in peril needing rescue. The Blademistress is a supernaturally gifted warrior working as a guard on a caravan in a world that has fallen to the forces of darkness. She’s determined and more than ready to do whatever is necessary to honor her promises — even to the point of death. Among the many evils haunting her world are the Fallen.

Fallen had all once been among the goodly folk of Fevre, like those making up the caravan, but the Fallen had joined the forces of evil during the great war. They did it out of fear, greed or a combination of both. Whatever had been promised them after the war was never given, however. They were banished, no longer a part of either side, to roam aimlessly, leaving naught but pain and death in their wake.

When a larger than usual band of Fallen attack the caravan, taking its members prisoner, they leave the Blademistress for dead. As with any good hero, she escapes death and sets off to rescue her employers, including a little girl she promised to keep safe. Miller has done a good job of giving the Blademistress and her world enough color to lift this fairly routine adventure above the average. The bits of background hint at a larger world that seems worth further exploration.

I look forward to each new issue of Heroic Fantasy Quarterly with great anticipation. Thanks to the consistently high quality of the choices HFQ‘s editors make, my anticipation was rewarded with the Summer 2014 issue.

The opening story is “A Matter of Goats,” a good, spooky monster tale by Ben Fenwick. Sometime in the 19th century, poet Anton Le Bouveret and astronomer Heathwight have been dispatched to Turkish-ruled Serbia. The astronomer is to make some stellar measurements and the poet is to write about the former’s work.

Unfortunately, the two travelers never read the the guide to the Balkans that states “Here Be Monsters.” They’ve clearly never seen a Hammer Film that would have warned them not to go there without gallons of holy water and lots of silver. At the very least, you’d think the goat staked out in front of the walled village they arrive at would be a sign to turn around and get back across the English Channel as quickly as possible. But, they’ve done none of those things and they don’t skedaddle. Instead, they find themselves helping the local Orthodox priest and the Turkish constable face down an ancient evil recently unleashed by an earthquake. Not S&S, but the events are definitely fantastic and the characters heroic.

The takeaway from Sean P. Robson’s “The Tomb Robber’s Tale” is simple: don’t rob tombs. That’s pretty much the moral of any story involving robbing the dead. Long-time tomb robber Tariq learns this lesson in a very, very hard way when he takes his nephew, Faysal, on his first foray among the dead.

I was a little thrown by Robson’s use of real-world deities and places, but I like this one a lot. With a cast of only two, it still manages to feel big, with huge scary things lurking in the shadows. There are giant mausoleums and lost vaults in the earth and there are nice details painted into the background, providing the sorts of touches a story needs to separate it from its more generic counterparts.

“Lady Cardula and the Gryphon” by Shawn Scarber is a very short story of a monster and its invitation to dinner. It’s a fun story that can serve as a reminder that the truth of things is often less than seems apparent.

The highlight of this past month’s stories is “A Breath of Darkness” by Liz Colter. Granny Cee is the last of a family chosen by the gods to fight a great evil power. It’s a great self-contained story, one of those ones that doesn’t feel like it’s just been snipped out of a longer work. In her younger days, she imprisoned the power, but was unable to destroy it. Now, years later, all the other members of her family have died and her enemy has awoken and is ready to break free. Colter does a tremendous job conveying Granny Cee’s struggle to overcome her age and personal losses to face her opponent one last time. Each sad memory and marrow-deep ache in her bones makes Granny Cee’s heroism greater.

The victory of the enemy would

…engender a new Age of Darkness, as he had in the time before the Guardians.

Don’t be scared by the presence of a malign power resurgent. She hasn’t written another dark lord story. Colter has other things going on here, touching on resilience and sacrifice, that I liked very much.

As usual, HFQ includes several poems alongside the short stories in this issue. The first is “I Walk Toward Death” by Elwin Linhirrie. It’s a short contemplation at what lies at battle’s end for its narrator. Gary Every’s “Chiron” is about a noble centaur’s suffering and sacrifice on behalf of mankind.

So there you go, more new stories that you should check out. There’s good writing going on out there and I encourage you to take the time to check it out — I’m sure you’ll find something to your liking. There is a renaissance in heroic fiction — these magazines and their contents are the proof.

Wait, what? Brethren of the Main is a Captain Blood book? I thought I had all of them. Was it published under another title?

@ westkeith – it’s the original Peter Blood stories that he later rejiggered into the first novel.

Glad that you liked issue #21. We felt that “Breath of Darkness” was a fresh take on the subject and were glad to bring it to people’s attention.