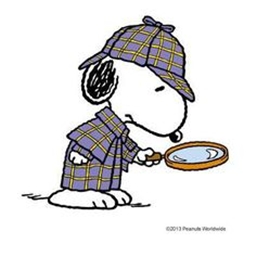 This column was written the day before a nine-day, 1,900 mile round trip venture to Disney World. So, it’s a bit of a rush job. I’ll tackle the issue in more depth when the Supreme Court gets going.

Did that catch your interest?

Beginning with his children, the heirs of Sir Arthur Conan Doyle have battled to maintain control of the Sherlock Holmes copyright. The sons developed a reputation that endures to this day of gleefully trying to stick it to anyone who wanted to use Holmes without paying them their due.

When August Derleth attempted to publish his first collection of Solar Pons tales (you’re going to be reading lots more about Pons in this column: trust me!), the deceased Doyle’s sons threatened to sue him. Derleth persisted and happily, over 70 Pons stories would be published.

Derleth said, “The plain fact is that the Doyle sons are a pair of lazy bastards who have tried to eke out a complete living from proceeds of their father’s writings. Others have told me that before; I was dubious; but I am less so.”

All 60 of Doyle’s Holmes stories are in the public domain in England. At one time they also were in America, but when Disney backed legislation to protect their ownership of Mickey Mouse, the last set of Holmes stories, collectively known as The Casebook of Sherlock Holmes, came back under copyright protection.

The characters from all non-Casebook stories and those previous stories remained in the public domain, for use by all. To avoid “trouble,” and/or to get the Estate’s blessing, many authors, filmmakers, etc., have paid a fee to use Holmes. 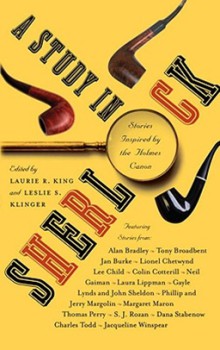 Holmes author and lawyer Leslie Klinger did just that, paying $5,000 in 2011 to get approval for his collection, A Study in Sherlock.

However, he chose not to do so for the follow-up collection and the Estate threatened to sue. His publisher, Pegasus Books, put the project on hold and Klinger sued the Estate to “free” Sherlock Holmes.

Earlier this year, the 7th Circuit Court ruled in favor of Klinger, with the ruling essentially confirming the status quo: the Casebook stories and contents of them remained copyrighted until 2022. Everything else is in the public domain.

The Estate, unhappy with this outcome, sought to have the decision delayed, giving them time to respond (and keeping Klinger from using Holmes).

In June, a federal appeals court in Chicago sided with Klinger and the Estate then appealed the case to the United States Supreme Court to put the lower court decision on hold!

But hark: the Supreme Court refused to hear the plea for delay. However, the Estate indicated it will be trying to appear before the Court again in the coming months…

Also of (dubious) note regarding this issue is Andrea Plunkett. Best known as Klaus Von Bulow’s mistress (Christine Baranski played her in the 1990 film, Reversal of Fortune), she claims to own all rights to Holmes and the stories!

Her then-husband, the since deceased Sheldon Reynolds, put together a television series in 1954 starring the under-appreciated Ronald Howard. Supposedly, Reynolds and Plunkett obtained the rights to Holmes from one of the Doyle heirs. During their divorce, Plunkett gained those rights.

She has filed several suits related to her claim and lost every single one of them. The only person who seems to take her claim seriously is her.

I have Sherlockian acquaintances on both sides of the matter and offer no opinion here. But it’s a reflection of the almost life-like realism that Sherlock Holmes, over one hundred and twenty five years after the first story of this fictional character was written, is about to go before the United States Supreme Court!

He has no formal (or informal) legal training and did not stay at a Holiday Inn Express last night. This is his idea of how a court appearance should go.

Yet another item to include in my long “thank you” letter to Baal..er, Disney.

Before we go all anti-Disney, it should be noted that the extension of copyright protections are extended to all creators and not just Disney and Doyle heirs.

Whether the period is “too long” or “too short” is a matter for legislation and the courts. Copyrights have existed for quite some time both as “positive legislated right” and as common law rights. Much money is made by attorneys arguing for both sides of that question.

For myself…when my small business publishes anything by anyone, we allow the artists to keep the copyright and only retain a license or limited publication rights.

I’ve never understood the Disney hate. I went to Disney World as a kid and now I take my kid there. I think it’s the coolest place on the planet.

They’ve built an attraction that kids absolutely LOVE and which has the best service in the world.

Disney’s all good for me.

Some fifteen-ish years ago, I wrote a tv pilot (and a series concept) of the late John Gardner’s excellent book, The Return of Moriarty. It’s the first of a trilogy.

John and his agent encouraged me to submit to them. Sherlock Holmes was (as I mentioned in this essay) a dormant (dead) property. I was pushing my concept as a Victorian Era Sopranos.

A mutual friend put me in touch with a well respected agent and magazine publisher in the industry. He was quite nice, but he had ZERO interest in representing me.

Now, I know my pilot needed more improvements (the second draft was significantly better) and he wasn’t going to jump for joy at it, but it had potential and I had an intro from a solid person.

So, that’s my personal experience with the Holmes copyright problems of the time.

BTW, Gardner’s first book in the series (The Return) is one of my favorite Holmes pastiches and highly recommended. I wrote the pilot purely because I enjoyed the book so much.

The second (The Revenge of Moriarty) is good, though not great. The third one was fair, though I plan on a re-read to give it another chance.

[…] Last week over at Black Gate, I wrote about the copyright battle being waged over Sherlock Holmes. […]

It’s not like Judge Posner was expected to suddenly change his tune, but the Estate certainly didn’t gain any ground.

BTW, Les himself comments on developments in this case over on his own blog. Here is today’s:

And, the Doyle Estate is back, trying to get Holmes (and Watson) back under copyright protection.

They’ve filed with the Court of Appeals, arguing that:

1 – the Supreme Court should not have ruled before Klinger’s book came out;

2 – And that copyright should continue with the character development of Holmes continuing through all the stories.

The Doyle heirs don’t give up…

The Doyle Estate may finally be out of options in this case as the Supreme Court won’t hear their them.

[…] The Doyle sons (who I wrote about here) didn’t like pastiches and they’re relatively uncommon during the first half of the twentieth century as they protected their copyright. The Doyle Estate has been fighting over the copyright right up to this month! […]

And a new lawsuit from the Doyle Estate brings Holmes back into court. Again…

The first observation I’ll make is that they didn’t sue for the infringement until the book was made into a movie.